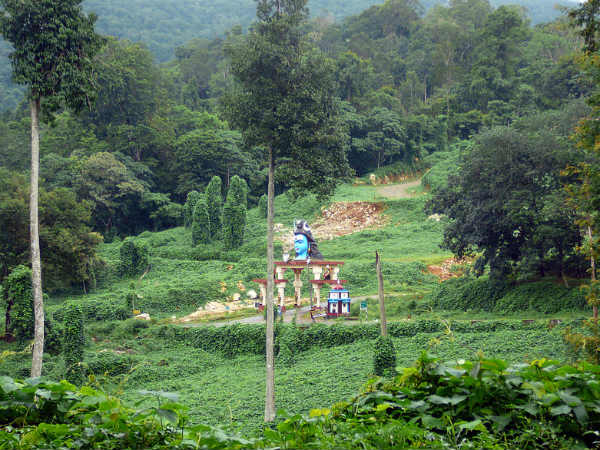 Sabarimala Temple, which is located in the Pathanamthitta district of Kerala, has been in headlines for several weeks on account of its 'no woman' policy. As the temple is dedicated to Lord Ayyappa, who is considered as a celibate, women were not allowed to enter it. However, recently, the Supreme Court has granted women, of all age groups, entry into the temple. Since then, there has been unrest throughout the country and thousands of people are on roads protesting against this historic verdict.

Today, the temple is one of the most popular pilgrimage sites and is frequented by devotees from all over the world. It also boasts of its historical significance as it is believed to have been constructed several centuries ago. Now, when the festival of Dussehra has approached, let's learn in detail about interesting facts related to Sabarimala Temple.

1) The Site Where Lord Killed The Demoness Mahishi

Unknown to many, Sabarimala Temple is believed to be the site where Lord Ayyappa killed Mahishi, a buffalo-faced demoness who was the sister of the demon Mahishasura. After Mahishasura was killed by Goddess Durga, Mahishi wanted to avenge her brother's death against gods and goddesses. However, she was killed in a battle against Lord Ayyappa, who is said to be born with the powers of Lord Shiva and Lord Vishnu.

This fact might come as a great surprise to you; but, it is considered true amongst several groups. As per legends, Lord Ayyappa is said to be a Buddhist deity and Sabarimala Temple is believed to be a Buddhist complex several centuries ago.

However, the strong evidence to prove the fact has still not been found. Located in Lhasa, Potala Palace, which is now a UNESCO World Heritage Site, is also believed by many to be named after Sabarimala. Doesn't it fascinate you?

Even if you have been to the divine Sabarimala Temple several times, you might not be aware of the fact that the temple is located in the midst of 18 hills. The temple has derived its name from Shabari, a character from the epic Ramayana, who used to live in these hills. Another thing that will astonish you is the number of stairs you need to cross to reach the temple, which is also 18.

As per the belief, the first five steps represent five senses, the next eight steps represent eight bad qualities which include lust and anger, the next two steps represent inborn qualities and the last two mean knowledge and ignorance. It is believed that whoever crosses these steps with utmost dedication gets blessed with a utopian life.

It is a very well-known fact amongst devotees of Lord Ayyappa that one needs to follow the 41-day vratham before reaching the sanctum of the temple. It is basically a fast in which one needs to follow certain steps and ignore bad things so that the pilgrimage to Sabarimala Temple could be successful. As per regulations, one needs to follow celibacy and a lacto-vegetarian diet and avoid cutting hair and nails during this period of 41 days.

Yes, you read that right. Sabarimala Temple has a strong connection to Vavar, who was a Muslim saint and has a mosque named after him the vicinity of the temple. The image of Vavar is quite controversial as he is believed to be a Muslim saint amongst several groups and is also said to be warrior amongst numerous communities. However, the exact history of Vavar is still unknown. He is also known for assisting a local prince who was in the search of Sabarimala Temple hundreds of years ago.

6) The Largest Annual Pilgrimage In The World

Today, it is a well-known fact that Sabarimala Temple is visited by millions of Hindu devotees and tourists from all over the world every year. Over a period of time, it has become the largest annual pilgrimage in the world. Hence, each and every traveller must catch a glimpse of Sabarimala Temple once in his lifetime.

7) Harivarasanam Is Recited Before Closing The Temple

Harivarasanam is a beautiful song which has 108 words in 8 stanzas and was composed by Srinivasa Iyer who used to sing it in front of Lord Ayyappa every day. Today, the composition has become an official song of the temple and is recited every day before the closing of the temple.