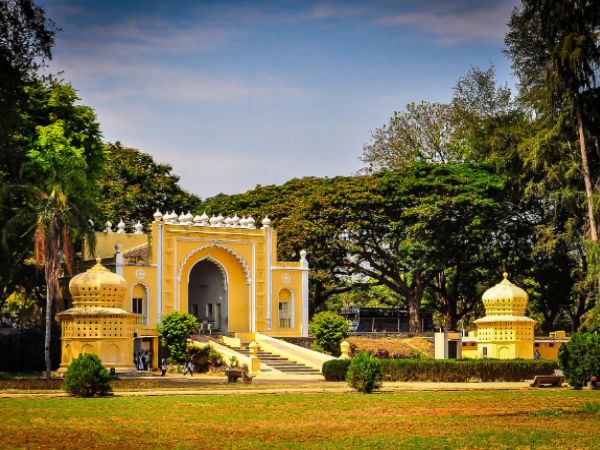 Festivals not only bring joy, they also bring holidays. When a festival is in the weekend, that means we'll get one or two days time for travel. Ugadi festival 2016 is on a weekend and you can also plan a trip after the festival. Wondering where to go from namma Bengaluru? Choose any of these short trips from Bangalore during this Ugadi Weekend.

These are short distance (within 250km) trips that're ideal for one or two days. Have a look at these short weekend getaways from Bangalore and plan your tour!

BR Hills or Biligirirangan Betta is one of the popular destinations. The beautiful and serene vistas of BR Hills allures many. A trip to BR Hills will not only be enjoyable but also a pleasant one.

Nandi Hills is one of the most frequented tourist places near Bangalore. The scenic views of surrounding hills and the devouring clouds around the hill makes it more attractive. Plan an early morning trip to Nandi Hills and enjoy the cool weather.

Yelagiri is one of the offbeat hill stations in Tamil Nadu. It is a pleasant getaway to have a family trip. Tourists can just have relaxing weekend or can also try some activities in the adventure camp.

Mysore is calm city when compared to Bangalore. Tourists have a number of tourist places around Mysore and it is a nice place for a weekend travel. Head to this beautiful city this weekend.

Srirangapatna is the popular historical town near Mysore. It is situated on the banks of Kaveri river and also known for Ranganathaswamy temple. The town has a number of tourist places which are worth exploring.

Yercaud is in the Shervaroy range of hills in Salem. It is one of the enchanting hill stations in the Eastern Ghats. Plan a travel to Yercaud and enjoy the picturesque landscapes around this destination.

Comments
Read more about: weekend getaways bangalore mysore srirangapatna yelagiri yercaud
Other articles published on Apr 8, 2016
We use cookies to ensure that we give you the best experience on our website. This includes cookies from third party social media websites and ad networks. Such third party cookies may track your use on Nativeplanet sites for better rendering. Our partners use cookies to ensure we show you advertising that is relevant to you. If you continue without changing your settings, we'll assume that you are happy to receive all cookies on Nativeplanet website. However, you can change your cookie settings at any time. Learn more
Change Settings Continue