Nativeplanet
»
Travel guide
»Shiva Temples Around Chennai That You Must Visit

Shiva Temples Around Chennai That You Must Visit 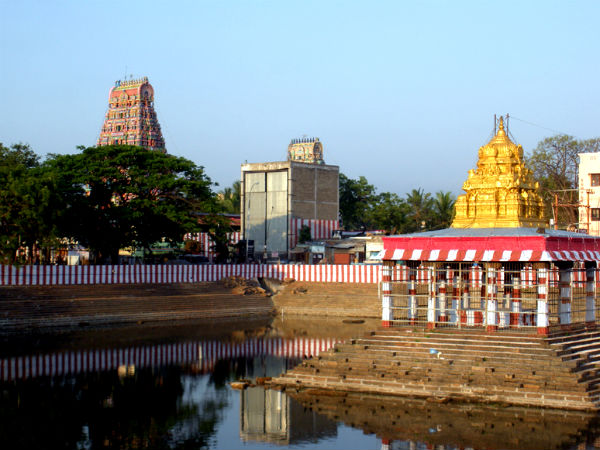 Tamil Nadu brings along with it images of temples to our minds when we think of the state, inevitably. This is because some of the most magnificent temples are located in this glorious South Indian state of India. Rich culture and heritage of the people comes to play in these sites of pilgrimage.

Chennai, the capital city of this beautiful state, is a bustling city that is great to live in. With Marina Beach on its side, weekends are set for the Chennai folks. However, it is also flanked with some beautiful temples that you must visit. These temples are mostly a product of the rich heritage of all the powerful rulers that used to rule Tamil Nadu.

Here are the 4 splendid temples dedicated to Lord Shiva that are located at a close proximity to the city centre.

Located in Thiruvanmiyur, which falls south of Chennai, Marundeeswarar Temple lies right next to the beautiful Bay of Bengal. The temple has witnessed expansion during the 11th century by the Chola dynasty and worshipping the deities here is believed to have curative powers for the diseased.

According to a legend, Lord Shiva is said to have imparted curative properties of many hers to Sage Agasthya, which is why the temple is visited by people with diseases, in the hope of curing them. Marundeeswarar or Aushadeeswarar literally means God of Medicines.

The temple follows the popular Dravidian style of architecture and has a 5-tiered Rajagopuram.

Mylapore is a cultural hub located in the neighbourhood of Chennai, the place where Kapaleeswarar Temple is situated. Also built in Dravidian architecture, the temple is believed to have been laid in the 7th century BC by the Pallava dynasty.

The temple has several shrines and vehicles (in the form of animals, such as bull, elephant, peacock, etc.) of these deities. The temple has a 120-ft gopuram along with inscriptions inside the temple that date back to the 12th century.

One of the most important festivals of this temple is the spring festival that is celebrated between mid-March and mid-April.

On the north of Chennai lies Tiruvottiyur, where you can find the beautiful Thyagaraja Swamy Temple. This temple is believed to have been built by the Pandavas in the 7th century and consequently expanded a lot by the Cholas in the 11th century. The temple is quite similar to the Thyagaraja Temple in Tiruvarur of Tamil Nadu.

The temple consists of shrines of Goddess Durga, Lord Ganesha and a few other lords along with the main shrine of Lord Shiva. The presiding deity is in the form of a mud mound which is always covered with an armour. This armour is taken off only during the full moon of Karthika month, when the mud mound is revealed.

Located in Thiruverkadu, this tranquil temple is only 27 km from Chennai. It is sprawling across a wide area of 2 acres and houses the shrine of Goddess Parvati in the form of Balambigai along with Lord Shiva's idol as a lingam.

Temple rituals take place 6 times a day and the temple is open from 6 am to 9 pm.