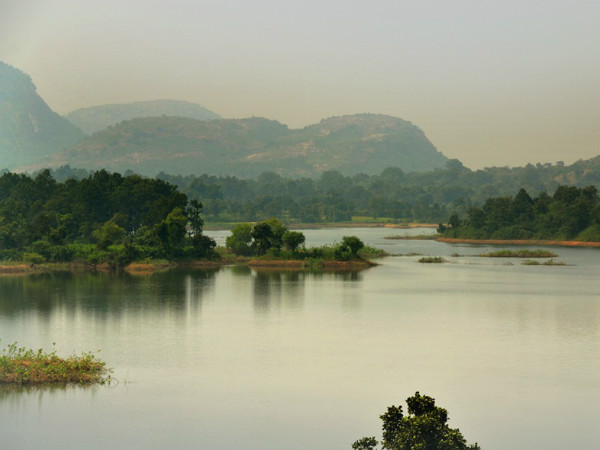 Located on the Chota Nagpur Plateau and surrounded by the beautiful Dalma Hills, Jamshedpur is said to be the first planned city of India and is named after Jamshedji Tata, the founder of the city. It is bordered by two charming rivers namely Kharkai and Subarnarekha. Therefore, it is a popular tourist spot in Jharkhand today. However, if you are looking forward to spending your weekends beyond the boundaries of Jamshedpur, then you must read this article. Here, we discuss the 7 most beautiful weekend getaways from Jamshedpur that can provide you with several everlasting memories. The list includes historical as well as natural places. Read on!

Kendujhar is a beautiful district in the state of Odisha and is known for its age-old culture and traditions. However, there is a lot more to look forward to within its boundaries. From rich thick forests to relaxing waterfalls and picturesque viewpoints to age-old temples, it houses everything that can compel you to visit it again and again. If you are looking forward to spending a wonderful weekend with your family, then Kendujhar is a beautiful stoppage for you.

A city of historical and religious significance, Simdega has a history dating back to thousands of years when the region was under the control of the Mauryan King Ashoka. However, it is mostly associated with the Gajapati kings, who flourished in the Medieval Period of India.

If you are looking forward to spending a few hours in the vicinity of Jamshedpur where you can feel the essence of serenity and tranquillity, then the region in and around Ajodhya Hills is a perfect destination for you this weekend.

It is located in the Purulia district of West Bengal and is home to beautiful forests, lush green vegetation and soothing waterbodies. The region is also good for trekking and hiking. You can spot several beautiful dams and waterfalls here, such as Bamni Falls and Murguma Dam.

One of the fastest-developing cities in India, Ranchi is the capital city of Jharkhand and is a popular tourist destination. If you would love to enjoy the beauty of parks, hills and waterfalls, then Ranchi makes for a wonderful weekend getaway from Jamshedpur.

Ranchi Lake, Jagannath Temple, Rock Garden and Birsa Zoological Park. Did you know that Ranchi is also known as the city of waterfalls? The major waterfalls here include Dassam Falls, Hundru Falls and Jonha Falls.

Mayurbhanj is one of those districts in Odisha which are popular amongst tourists and travellers. From temples to waterfalls and hills to forests, you can find everything within its boundaries. The region is also known for its richly diverse wildlife. The major places which you must visit while in Mayurbhanj include Simlipal National Park, Barehipani Waterfall, Shri Hari Baldev Temple, Bhimkund and Joranda Waterfall.

The land of hills and hillocks, Giridih is known amongst tourists for its famous pilgrimage site, Shikharji Temple, which is located atop Parasnath Hills. It is one of the major pilgrimage centres amongst Jain followers in the world.

You can also find several seasonal as well as perennial waterfalls in the region. The major places to visit here include Shikharji and Usri Falls. Did you know that Parasnath Hills is the highest mountain in Jharkhand? So, how about a little bit of trekking here?

Another weekend getaway in the close proximity of Jamshedpur, Jhargram is a site of historical as well as natural importance. The major places here include Jhargram Palace, which was constructed in the late 16th century, and Deer Park, which is a wonderful spot for picnickers.