Upcoming Regional Festivals of India in 2018 and their Specialities 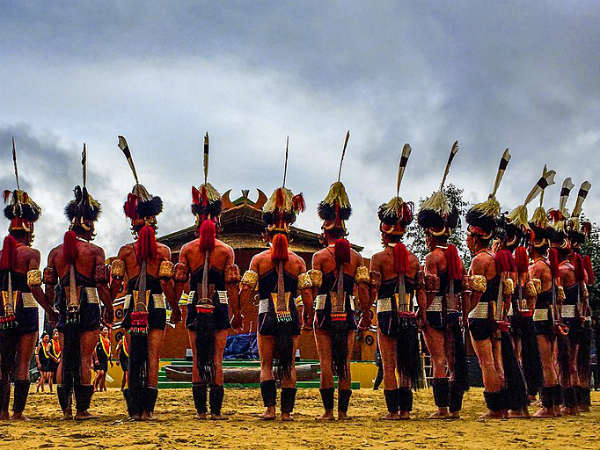 It is rightly said that a society is never complete without festivals. We all celebrate festivals to spread happiness and most importantly, to the retain the beauty of our age-old culture. Several festivals are celebrated all over the world, numerous all across India and a few within the boundaries of a village, a town or a state. These regional festivals also serve as the backbone of any country's culture and traditions.

How about exploring the grandeur of these regional festivals of India which are yet to come in 2018? If you are a festival lover and always look forward to celebrating happiness, then this article is definitely for you.

Apart from enjoying the grand celebration of these festivals, you can also mingle with the locals and learn about their culture and traditions. So, why not consider visiting these beautiful regions of India and relishing a few moments? Read on to know in detail about these upcoming regional festivals of India in 2018 and their specialities.

Going to be celebrated on the 23rd and 24th of June, Hemis Festival is a grand celebration of Leh in the state of Jammu and Kashmir and is mainly a part of Hemis Monastery, which is one of the oldest-living monasteries in the state with its history dating back to several centuries.

This religious festival is celebrated in the loving memory of Padmasambhava, a spiritual leader who was the founder of Tibet Tantric Buddhism, and is a perfect excuse to learn in detail about Buddhist culture. The main attraction of Hemis Festival is its mask dance, which is performed by the monks and the locals in their traditional costumes.

Being one of the famous and largest festivals in the region, it is attended by thousands of people from all across Leh and Ladakh. Apart from treating your eyes to its beautiful performances and learning about Buddhist culture in Leh, you can also indulge in enjoying its local cuisine, which is assuredly lip-smacking. If you are looking forward to a festival which is celebrated with utmost passion, then Hemis Festival should be on your bucket list of 2018.

One of the most famous regional festivals in the country, Puri Rath Yatra is a chariot festival which is celebrated at Puri in the state of Odisha and is dedicated to Lord Jagannath. If you are looking to explore the beauty of diverse culture in India, then it is advisable to take a tour of this Chariot Festival, which is all set to let you acknowledge the beauty of Indian culture.

It is mainly attended by Hindu pilgrims who come in thousands from all over the state. It will be celebrated on July 14 this year. During this festival, the idols of Lord Jagannath, Lord Balabhadra and Goddess Subhadra are mounted on a lavishly adorned chariot and are subjected to a sacred journey from Lord Jagannath Temple to Gunchida Temple, where these idols remain for nine days. You must catch a glimpse of this grand celebration if you wish to capture the cultural beauty of Odisha.

Pushkar Mela is one of the most famous annual fairs in India and is celebrated at Pushkar in the state of Rajasthan. This year, it is going to be held from 15th to 23rd of November. It is generally a cattle fair where locals come to trade their livestock, especially camels. The fair takes places on the banks of Pushkar Lake and hence, the surroundings seem quite peaceful and alluring.

From buying handicrafts to enjoying camel rides and listening to local music to tasting luscious dishes, there is a lot to do at Pushkar Mela. If you have been longing to attend a fair where you can experience the beauty of a traditional fair, then you must pack your bags and get ready to get immersed in the beauty of Pushkar. You can also explore its tourist attractions which include lakes and ancient temples.

Another cultural festival, Hornbill Festival is going to be celebrated from 1st to 10th of December. Also known as Festival of Festivals, it takes places in the state of Nagaland and is attended by all the Naga tribes. Hence, it becomes a perfect melange, displaying the cultural diversity of the state.

It is celebrated to promote brotherhood, harmony and peace amongst the inhabitants of the state. Comprising of traditional dances and cultural performances, Hornbill Festival is certainly a beauty which a traveller shouldn't miss. From learning about their rich culture to trying the ethnic cuisine, there is a lot do during the season of Hornbill Festival.