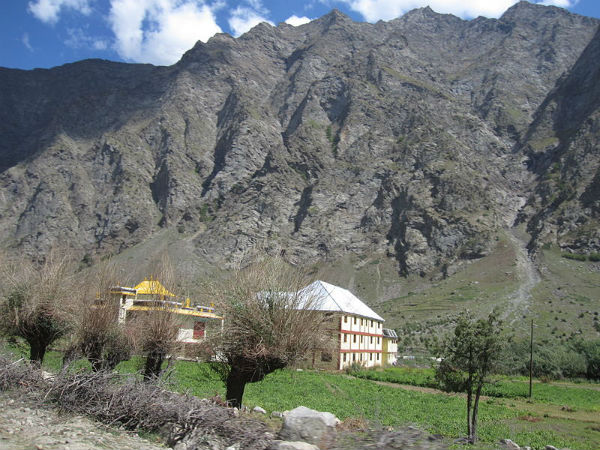 Situated at an altitude of 14,500 ft, Sarchu is nestled between Baralacha La Pass and Lachulung La pass. It is a favoured destination for adventure seekers and is located on the boundary of Jammu and Kashmir and Himachal Pradesh.

It is an overnight layover spot for travellers and explorers who are on the Manali-Leh thruway. It is about 250 km from Leh and 220 km from Manali. The magical splendour of Sarchu is best experienced between May to September when Leh-Manali expressway is open to traffic.

Sarchu is an important destination mainly due to its strategic location. The place bears a resemblance to the barren splendour of Ladakh. The amazingly pristine locale will transfer you to the delightful world of complete solitude and peace.

Being nestled among the snow-clad peripherals of Himalayan mountain peaks, Sarchu offers an opportunity to explore the rugged and rough terrains of Himalayas. Hence, it is a hot favourite destination for high altitude climbers and trekkers.

Sarchu is an epitome of beauty that lures umpteen trekking enthusiasts from around the country. It has one of the longest trekking trails that takes several days to complete. It is also the starting for Zanskar Trek. The trek is quite challenging as it involves navigating through remote gorges, crossing high passes and rivers.

You can admire awe-inspiring views of the snow-laden peaks and nature at every turn of your trekking journey. Besides witnessing the natural grandeur along the trail, the hiking tour also offers some spine-chilling challenges like crossing chilled waters of rivers, manoeuvring your way through steep ridges, traversing through narrow gorges etc. If you are looking for comfort amidst mountains, the barren beauty of Sarchu beckons you.

How To Reach Sarchu

By air: The airport at Leh (Kushok Bakula Rimpochee Airport) is the closest airport which is connected to Srinagar, Delhi and Chandigarh. You can hire taxi services to reach Sarchu.

By train: The railway station at Jammu is the nearest station that is about 600 km from Sarchu. Trains from Chennai, Delhi, Mumbai and other major cities in the country arrive at the station.

By road: Sarchu is well-connected to Spiti, Manali and Leh. There are good bus services from Manali and Leh from May to September.

April to July would be the right time to visit Sarchu when the temperature is comfortable and just right for sightseeing. The temperature during this period ranges from 4°C to 25°C. August to September is the monsoon season when the region experiences heavy rainfall. In winter, snowfall is quite common in the region.

Places To Visit Around Sarchu

If you are looking for an offbeat destination close by Sarchu then Jispa fits the bill. Jispa is about 5 hours drive and passes through Baralacha La pass, one of the most perilous passes in the region. Along the way, one can witness mesmerizing vistas of high-rise mountains that is almost touching the blue skies.

It is an awesome mountain getaway and perfect to spend some time in a serene and peaceful location. Jispa is known for adventure sports and it is an ideal destination, if you are looking for a first taste of trekking or mountaineering at higher altitudes. Jispa also has an interesting folk museum.

It is about 103 km from Sarchu and the drive from Keylong to Sarchu is absolutely breathtaking. Keylong is a place of unparallel beauty that is surrounded by snow-clad mountain peaks. Due to its proximity to Tibet, the traditions and culture of Tibet are still seen here. Moving around valleys in Keylong is indeed a wonderful feeling. The villages around Keylong has a number of small temples and monasteries.

Located about 140 km from Sarchu, Tsokar lake is located at an altitude of 4500 m. It is a haven for wildlife, especially the feathered kind. Due to high salt levels at the lake, it is known as the white lake as well. In spite of its high salinity, the lake is a habitat for several bird species like black-necked cranes, brown-headed gulls, ruddy shelducks and crested grebes. Summer is the best time to visit the place. Winter is quite extreme as the lake is situated at a high altitude.

Nestled amidst the majestic snow-capped mountains, Tso Moriri is slightly off the breathtaking Manali-Leh road. Donning a mesmerizing deep blue hue, Tso Moriri Lake's scenic beauty and tranquility is mind-numbingly beautiful. The lake is fed by snow and springs from the mountain peaks in the Changthang Plateau.

Korzok monastery located on the banks of the lake is about 400 years old and attracts Buddhist pilgrims and tourists. May to September is the apt time to visit the lake as it is frozen during winter.

Comments
Read more about: sarchu himachal pradesh
Other articles published on Jun 5, 2019
We use cookies to ensure that we give you the best experience on our website. This includes cookies from third party social media websites and ad networks. Such third party cookies may track your use on Nativeplanet sites for better rendering. Our partners use cookies to ensure we show you advertising that is relevant to you. If you continue without changing your settings, we'll assume that you are happy to receive all cookies on Nativeplanet website. However, you can change your cookie settings at any time. Learn more
Change Settings Continue