Route From Bengaluru To The Majestic Land Of Kodachadri 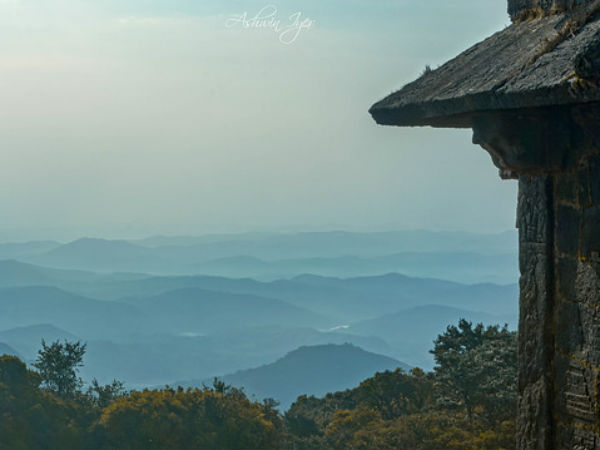 Kodachadri is a mountain peak of the Western Ghats that is located in the Shimoga district of Karnataka. At an elevation 1343 m, it has been declared as a natural heritage site by the Government of Karnataka and is the 10th highest peak of Karnataka.

Kodachadri forms the background to the much-famed temple of Kollur Mookambika dedicated to the Goddess Mookambika of Kollur. The peak is located in the middle of the Mookambika National Park and is a biodiversity hotspot. It is also home to several endangered and endemic species of flora and fauna.

By Air: Mangalore International Airport is the nearest airport, which is about 153 km away from here. It is connected to all the major cities in the country and to a few abroad.

By Road: One of the best ways to reach Kodachadri is by road. The town is well connected by roads and there are regular buses which operate from major cities in the state and country to Kollur.

The total driving distance from Bengaluru to Kodachadri is around 442 km. There are three routes that can be taken, which are as follows:

For those who are opting to travel by Route 1, it would take you approximately around 8 h to reach Kodachadri, via NH 48. The route takes you through the well-known towns of Davangere, Nagara, etc.

The roads are well maintained, which helps one to cover the distance at a good pace and the destination is about 442 km through this route.

If you opt for Route 2, it would take you approximately 8.16 h to cover a total distance of 392 km from Bengaluru to Kodachadri, via the Bengaluru-Honnavar road.

Short Stops At Tumkur And Davangere

Making a stopover at Dabaspete for a quick and yet filling breakfast of hot dosa would give you all the energy you need until you decide to make the next stop at Davangere for lunch.

The roads from Dabaspete take you through the rural side of Karnataka, which is something very different and yet refreshing for those coming from a metropolitan city like Bengaluru.

The Manchester Of Karnataka

Davangere is called the Manchester of Karnataka. The city was a business place right from the days of Hyder Ali. The town has plenty of options for one to eat, as it is another popular tourist destination.

After having the famous Davangere benne dosa, one can proceed further down to Kodachadri, which is around 183 km from here and it takes about 4 h or 5 h to reach.

The hillock of Kodachadri is known to have attracted human presence since time immemorial. There are several monolithic structures which were built here during the prehistoric time period that can be seen even today.

The beautiful Shola forest provides a thick green cover to the hill and its surrounding hills, which makes this place all the more beautiful.

It is believed that Adi Shankaracharya visited this place and meditated here, after which he established the Mookamibka temple at Kollur. One can find a small temple called Sarvajnapeetha, which is built of stone in honour of Adi Shankaracharya.

Another structure atop is the temple dedicated to Mookambika Devi. This temple is considered as the original seat of the Goddess before the temple was constructed at Kollur at the base of the hill.

An iron pillar, which is about 40 ft in height is found in front of the Mookambika temple that is similar to the iron pillars found at Mount Abu and other places. Devotees believe this was the trishula used by the goddess to kill a demon called Mookasura.

The temple at Kollur is another must-visit place. The Goddess here is worshiped as Saraswathi, Durga and Lakshmi - the three major forms of the Mother Goddess.

There are no proper records available to the get the exact period on when the temple came into existence. The idol of the Goddess is believed to be installed by Adi Shankaracharya and it attracts devotees from across the globe.