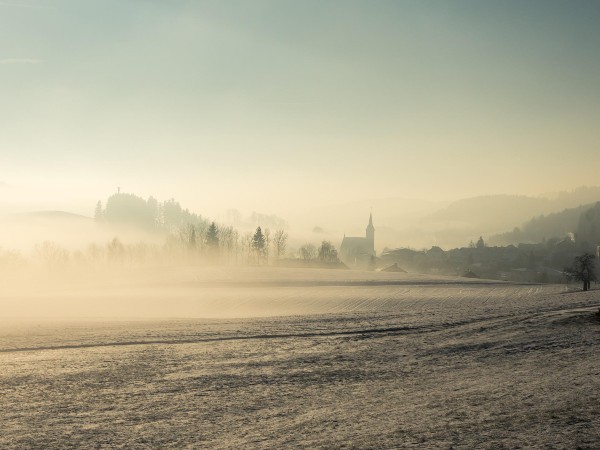 Reichenau Island lies in lake Constance in southern Germany. For more than 1,000 years, the Benedictine complex here was one of the most important religious centres in Europe. It has been listed by UNESCO as a World Heritage Site because it is the best-preserved ancient monastery north of the Alps and played an influential role in the development of Christian art.

The monastery was founded by St Pirmin in 724, who settled there with 40 of his followers. The abbey soon became a flourishing concern, one of the most important religious and cultural centres in Europe. It was here that the famous monastery plan of St Gail was drafted, an influential set of rules for monastery construction and one of the most important documents of Western monasticism. The monastery's abbots were government officials at the Court, educators of the royal princess, diplomats and envoys of the Emperor.

In the 10th and 11th centuries, the Abbey was home to a famous scriptorium, where the monks produced magnificent illuminated manuscripts for influential customers such as Emperor Otto III and Heinrich II. They used gold, silver and purple inks, and precious metals and ivory for the buildings. Many of these beautiful works can still be found in some of the most revered libraries in the world.

During its heyday, the Reichenau abbey collected many precious relics which remain to this day in their splendid shrines in the treasure vault. On certain holy days, they are carried across the island in festive processions. The most important relics include those of the evangelist Mark, the jug front the wedding at Cana, and the relic of the Holy Blood.

The abbey's bailiff Lived in a two-storey stone building which was raised by two more storeys of half-timbered construction in the 14th century. Today housing the island's museums, this is one of the oldest half-timbered buildings in southern Germany. As well as telling the story of the monastery, it has exhibits about life on this tranquil island and the surrounding area.

The religious sites on Reichenau island are not just limited to the monastery. In the 9th century. Abbot Hatto built a church devoted to St George on the island. The nave still displays some beautiful Ottonian murals showing the miracle of Christ, the only remaining murals of their kind painted before the year 1,000 north of the Alps. Above the entrance to the crypt lies a tomb in which the relics of St George are kept.

The church of St Peter and Paul, a three-nave bastille, was built in the 12th century in Reichenau-Niederzell. Its east towers were added in the 15th century, and the western porch in the 16th or 17th century. The semi-circular apse features a painting from the 12th century, depicting Christ with the Apostles. Other murals were added over the following years, and today there remain scenes from the Passion in the southern side chapel and the porch, and scenes of St peter in the chancel. In 1756 the church of St Peter and Paul was renovated in the Baroque style, with flat ceilings and Rococo stucco, a style which is still evident today.

By road or railway to Konstanz

The island is connected to Germany by a causeway