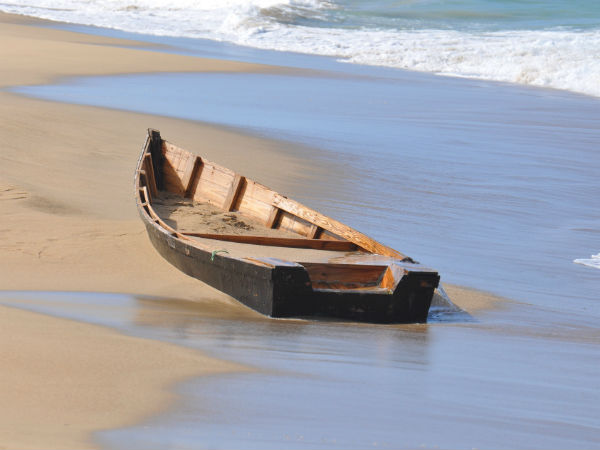 Tamil Nadu is generally known amongst tourists as the land of temples. After all, its each and every district houses more than a hundred temples. But do you know Tamil Nadu is also characterised by its beautiful beaches, soothing hill stations and charming waterfalls? There are thousands of places in this state which are still left to be explored. How about taking up the expedition of exploring such hidden beauties? If you would love to do so, then you can plan a visit to the seaside town of Vedaranyam.

It is located in the Nagapattinam district at a distance of about 230 km from Madurai. Even though it is a small town, it has a lot in store to be savoured. Following are the five major reasons why Vedaranyam deserves to be on your bucket list.

1) Has A History Dating Back To The Early Medieval Period

Yes, the history of Vedaranyam dates back to the early Medieval Period when the region was under the control of the Chola dynasty. Several inscriptions found on its ancient monument signify its establishment in the 9th century. However, no evidence to prove its age has still been found. As per a few ancient texts, it was in existence in the 7th century.

It is believed to be the same place where the Vedas worshipped Lord Shiva and where Lord Rama did penance for his sins committed in several wars. Did you know Vedaranyam is also the place where the historic Sal March was carried out? Therefore, it is a town of great historical and religious significance.

2) Home To An Unexplored And Clean Seashore

Another thing which makes Vedaranyam a perfect weekend getaway is its unexplored and clean seashore. Vedaranyam Beach is one of the unpolluted beaches in the state, and hence it would serve as a paradise to beach lovers.

From sunbathing to swimming and taking a relaxing stroll to photographing, there is a lot to do here. If you are looking forward to spending quality time with your families, then this beach would certainly interest you. It is a perfect spot for picnickers.

3) The Land Of Age-old Temples

Unknown to many, Vedaranyam is named after the popular Vedaranyeswarar Temple which is present within the town and was constructed in the late 9th century by Aditya Chola, a king of the Chola dynasty. This age-old temple is a highly revered site amongst Hindus and is dedicated to Lord Shiva.

Therefore, it is considered a significant pilgrimage site amongst Shaivites. Other major temples which can be found in the region include Ayyanar Temple, Dhraupathi Amman Temple, Kuzhagar Temple and Shri Siththi Vinayagar Temple. Don't you think a visit to Vedaranyam would be memorable forever?

Located on the outskirts of Vedaranyam at a distance of about 10 km, Point Calimere Wildlife Sanctuary was established in the year 1967 and is spread over an area of about 22 sq km. It is generally noted for its bird population. However, you can also find several species of animals and plants within its boundaries. If you are a wildlife photographer, then you must not miss visiting this beautiful expanse.

As mentioned earlier, Vedaranyam is an unexplored tourist destination, and hence one can easily and conveniently explore its attractions without any disturbance from the tourist crowd. Here, you can actually feel divinity while in temples and serenity while at beaches. So, don't be late and pack your bags now. Explore it before it becomes a commercialised tourist destination.