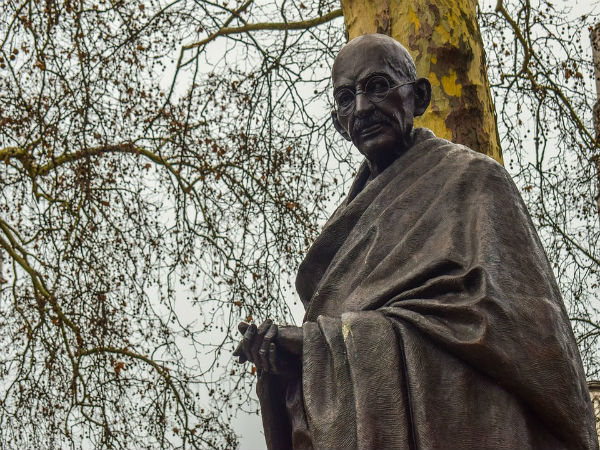 On October 2 2021, let's pay homage to the global icon, freedom fighter, non-violence pioneer and renowned influencer, Mohandas Karamchand Gandhi aka Mahatma Gandhi aka the Father of the Nation.

There are 36 memorials dedicated to Mahatma Gandhi in India. However, Raj Ghat is the most visited memorial in India. The ghat, located on the banks of River Yamuna, marks the spot of Mahatma Gandhi's memorial,Antim Sanskaron January 31st, 1948, a day after hisassassination. And If you happen to be in Delhi, don't forget to visit Raj Ghat.

Raj Ghat is home to many notable leaders memorial. A black marble platform marks the spot of Mahatma Gandhi's cremation, and it is left open to the sky while an immortalflameburns at one end. Besides Mahatma Gandhi's Memorial, you can also find Jawaharlal Nehru's memorial called the forest of peace and K R Narayan's cremation spot at the northern part in Raj Ghat. Lal Bahadur Shastri, Indira Gandhi, Rajiv Gandhi, GianiZail Singh, Chandra Shekar, and I K Gujral are a few other notable people's memorials found in Raj Ghat.

By Road:The Maharana Pratap Inter-state bus terminus popularly known as Kashmere Gate ISBT or ISBT, located in Delhi is the oldest and one of the biggest Inter State Bus Terminals in India.