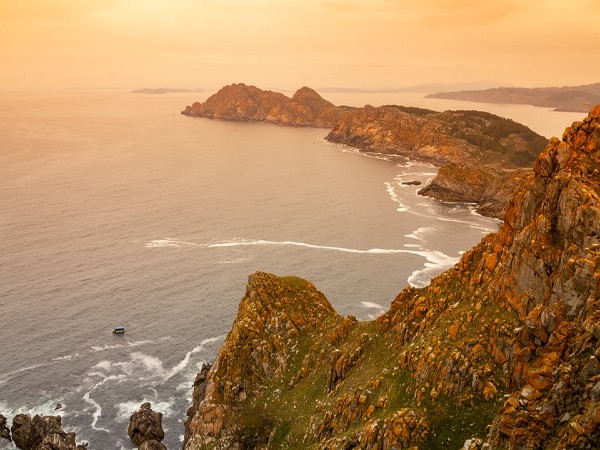 Spain, indeed, is a land of wonder that endears itself to all. Be it its historical and cultural extravaganza, mesmerizing appeal, a plethora of interesting festivals, or the affable locals - the most popular cities in Spain are sure to amaze tourists and travellers with its visual treats; representing picturesque settings, like right out of a globetrotter's dream.

We've rounded up some must-visit destinations, which every tourist and travellers should aim to visit once in their lifetime, especially after Pandemic.

Here are the ten best hotspots in Spain to plan a perfect itinerary!

Abode to some of the top tourist draws in Spain, the picturesque Catalan capital boasts architectural marvels, like famous Sagrada Familia church and Antoni Gaudi's Casa Batllo. It is a thrivingbeach city with a scintillating nightlifeand exciting shopping options.

Ronda is another fascinating city located in Malaga in Spain and is far-famed for its picturesque beauty. Rested on the top of a mountain, the place is recognised for offering striking views of the encircling ambience. If you love traversing the ruins of the previous era then you must certainly visit Ronda on your next tour to Spain.

Galera, another striking place to be travelled on your holiday in Spain. The place is far-famed for three things, that is, affable & funny locals, cheap tapas, and flamenco. You can also take a journey and enjoy the best coastal holiday here.

Don't forget to visit the charming white town, located on the bay of Mediterranean Sea, called Cadaques. This is amongst the most-visited Spain cities. The place is located in proximity to Barcelona and you can take public transport to reach here. The beauty of Cadaques has inspired numerous influencers and artists including Salvador Dali.

In stark difference from other Spanish cities, Bilbao, boasting modern architecture at its best; is home to acolossal titanium structure, Guggenheim Museum, that houses some spectacular modern art. Don't forget to try an authentic local dish; Pintxos with your favourite drink while you are in Bilbao. This is among theprettiest cities in Spain.

Valencia
Boasting a mix of modernity and history, Valencia exquisitely fuses archaic with the contemporaneity. The futuristic City of Arts and Sciences is one of the most-visited structure, attracting tens of thousands of tourists and travellers from across the globe. Moreover, there aremany areas in the city dedicated to sports which are idyllically surrounded by trees and plants. The stunning beach, of course, is an added attraction.

Located in the Aragon region, Huesca is a charming city.Apart from the usual dose of old castles and churches, this city is also known for its musical activities. El 21 is regarded to be amongst the country's best gig venues. While there, do not forget to enjoy the Somontano wines and Pollo al Chilindron (a chicken and peppers dish). The Fiesta Mayor is also a picturesque festival to watch out for.

This enchanting Spanish city has been, historically, a pilgrimage pitstop en route to the tomb of St James in Santiago de Compostela and comes in the list of must-visit cities in Spain. It isnotable for its delectable authentic local cuisine (sampled in the Tapas tasting streets) and the popular Spanish Rioja Wine.

Settled on the banks of the river Duero and Arlanza, Burgos is a historical hotspot among the best places to visit in Spain. The Cathedral of Burgos is a brilliant monument and a UNESCO World Heritage Site. It is alsorenowned for its blood sausages, which can be tried at any of the marvellous eateries around the town.

Pamplona is popular mainly due to the wild and adrenalin-richSan Fermin (the running with the bulls festival). But there is more to Pamplona - there is the Museum of Navarra displaying exquisite Roman artefacts, old historic Cathedrals, and Renaissance paintings complemented by some lovely parks.