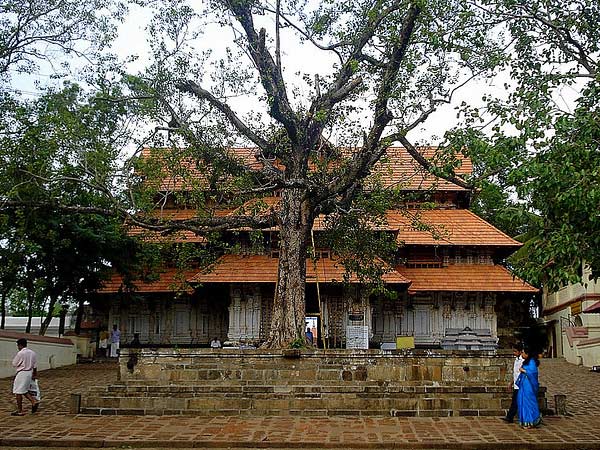 Gods Own Country is a diverse beauty, it is a well known tourist destination in India. Among them, these temples are one of the important places in Kerala.

Travellers have to visit all of these magnificent temples along with the other tourist places in Kerala.

Let us make virtual tour around these picturesque temples!

Vadakkunnathan Temple is a Shiva temple located in Thrissur. Recently, UNESCO has given the first prize 'Award of Excellence' for the preservation of this heritage site.

This ancient temple is believed to be constructed in 7th century and till today remains one of the major attractions.

Guruvayur Sri Krishna Temple is said to be 5000 years old and is believed to be the 'Abode of Vishnu on Earth.

Guruvayur Temple is also one of the famous Krishna temples in India.The huge temple conplex is a visual treat!

Sri Padmanabhaswamy Temple is dedicate to Lord Vishnu and it is said to be the richest temple in the world.

Padmanbhaswamy Temple is one of the prime attractions in Thiruvanathapuram. Some years back, excavation in the temple premises exposed to enormous amount of wealth in terms of gold and silver which was hidden during some bygone era.

Ettumanoor Mahadeva Temple is located in Kottayam and is dedicated to Lord Shiva.

Many legends and stories talk about the importance of this temple. The interiors walls of the temple have mural paintings depicting the mythological stories of Lord Shiva. These paintings are said to be the finest ones in India.

Sabarimala temple is dedicated to Ayyappa Swamy. Here only men are allowed.

Situated on the hill of Periyar Tiger Reserve, it is one of the popular temples in Kerala.

Ambalapuzha Krishna Temple is located in Alapuzha. It is said to be built in 15th century.

It is also called as Parthasarathy Temple in Kerala.

Vaikom Mahadeva Temple is dedicated to Lord Shiva and he is fondly called as Vaikkathappan. The temple is believed to be of 'Treta Yuga' (Another period of earth in Hindu mythology).

Vaikom Mahadeva Temple is located in Vaikom and is one of the famous Shiva temples in Kerala.

In Kottarakara Mahaganapathi Temple, the main deity is Lord Shiva but it is popular for Lord Ganesha.

It is situated in Kottarakara about 25km from Kollam. It is one of the major Hindu pilgrimage places in Kerala.

Thriprayar Sree Rama Temple is a well known relgious place in Thrissur. It is located on the banks of river Theevra.

Arattupuzha Pooram is one of the popular festivals celebrated in the temple.

The Rajarajeshwara Temple is one among the important Shiva temples in Kerala. According to Hindu mythology, Lord Parashurama is said to have renovated this temple.

Rajaraheshwara Temple is Taliparamba of Kannur has one of the tallest temple towers (Shikharas) in India.

Comments
Read more about: temples thrissur kerala religious travel
Other articles published on Feb 10, 2016
We use cookies to ensure that we give you the best experience on our website. This includes cookies from third party social media websites and ad networks. Such third party cookies may track your use on Nativeplanet sites for better rendering. Our partners use cookies to ensure we show you advertising that is relevant to you. If you continue without changing your settings, we'll assume that you are happy to receive all cookies on Nativeplanet website. However, you can change your cookie settings at any time. Learn more
Change Settings Continue