6 Popular Lord Rama Temples To Visit During This Diwali 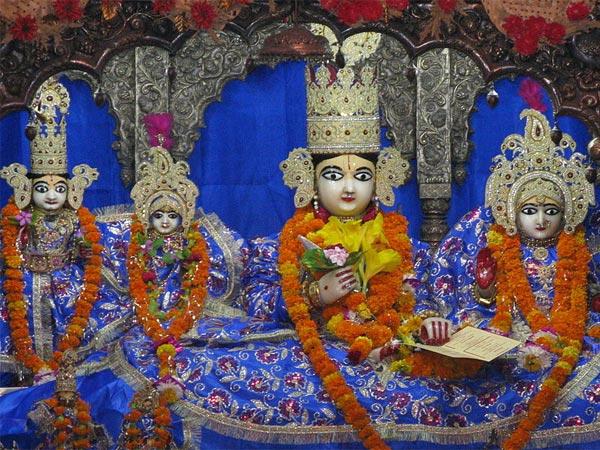 With Diwali around the corner, preparations of celebrations are at their highest spirits in many families. Booking tickets for a vacation, prepping for a huge family gathering or planning a pilgrimage are some of the many things that people tend to do during this happy festival of lights.

While bursting crackers can be a fun way to celebrate the festival, lighting diyas or visiting Lord Rama temples for a spiritual experience can be some other things that you could do this Diwali.

Without further ado, read on to know about the popular temples dedicated to Lord Rama that are spread across India.

Ayodhya of Uttar Pradesh is home to a beautiful temple called Kanak Bhavan. Being the land of Lord Rama, it is an important pilgrimage site for Hindu devotees. Kanak literally means gold and it is called so because the idols of Lord Rama and Goddess Sita are heavily decorated with gold.

Kaikeyi who was Lord Rama's stepmother and the one responsible for his exile, is believed to have set up this temple for Goddess Sita as a symbol of repentance.

Ramaswamy Temple located in Kumbakonam, Tamil Nadu, was built during 16th century by the Nayakkar kings. It is a beautiful temple that bears a 3-tiered gopuram and a shrine that houses the image of Lord Rama and Goddess Sita.

While making rounds or pradakshina around the main shrine of the temple, devotees can look at the pictorially represented story of the epic Ramayana on the walls of the temple.

Sri Sita Ramachandra Swamy Temple, commonly known as Bhadrachalam Temple, is located in Bhadrachalam of Telangana. It is nestled on the banks of the beautiful river Godavari and is fondly known as Dakshina Ayodhya.

According to a popular legend, Lord Rama appeared in front of Meru's son, Bhadra, in order to give him salvation after his intense and honest prayers. It is believed that he turned Bhadra into a hillock due to which the place got its name Bhadrachalam.

Being an important Hindu pilgrimage site, the temple is mostly crowded during festivals like Vaikuntha Ekadashi, Vijayadashami and of course, Diwali.

Located in Nashik, Kalaram Temple is one of the most important Lord Rama temples. The shrine of this temple houses a statue of Lord Rama that is black in colour, hence, the name Kalaram (Black Ram). Along with that, the shrine houses idols of Goddess Sita and Lord Lakshman.

It is believed that the idol of Lord Ram was found in the holy river Godavari. Thousands of pilgrims visit this beautiful temple every year.

Being one of Bhubaneswar's main places of interest, Ram Mandir is located in the heart of the city. The temple is mainly characterised by its attractive lofty spires, which look especially beautiful during evenings when the temple is lit with vibrant lights.

The temple houses images of Lord Rama and Goddess Sita in its shrine. It is crowded with devotees during festivals like Ram Navami, Dussehra, Diwali and Sankranti. The temple remains open everyday from 6 am to 9.30 pm.

Kodandarama Temple in Chikmagalur is built in a blend of Hoysala and Dravidian styles of architecture. The navagrahas of the temple were installed in the 14th century, while the mukhamandapa is believed to have been added in the 16th century.

A legend associated with this temple is that, Lord Rama and Goddess Sita are believed to have visited Lord Parashurama at this site. The temple remains open for devotees from 6 am to 8 pm.