Popular Fairs And Festivals Of Karnataka 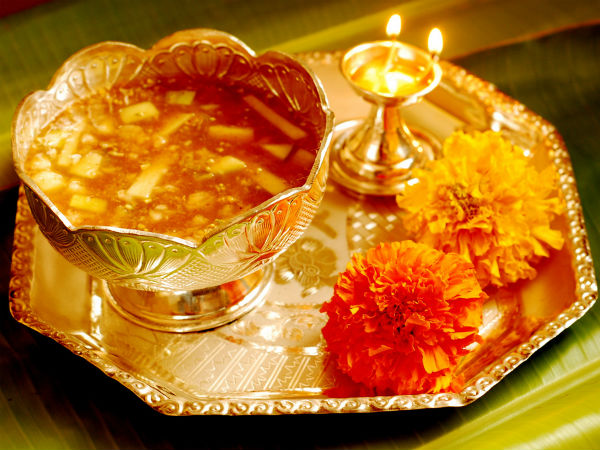 Karnataka is a beautiful state that bears the heritage of many powerful dynasties, such as the Chalukyas, Vijayanagara Empire, Wodeyars, to name a few. The heritage of these dynasties has been passed on for centuries and can be witnessed till date either in the form of the relics or monuments left behind by these rulers or as the grand festivals that are being celebrated till date.

Many places in Karnataka, such as Hampi, Pattadakal, Mysore, etc., have a rich influence of the cultural traditions and heritage of the past. These are some of the most popular tourist sites of the state for the same. The best time to be visiting these places would be during the important and exclusive festivals that take place in these regions.

Read on to know about these festivals, along with other important festivals celebrated in Karnataka.

Celebrated mainly in Karnataka and parts of Tamil Nadu, Gowri Habba falls on the day before Ganesh Chaturthi. It is a festival celebrated by married women in the honour of Goddess Gauri, who is the mother of Lord Ganesha and wife of Lord Shiva.

During this festival, women observing the celebration decorate small idols of Goddess Gauri extravagantly and invite family, neighbours and more to view the beautifully decorated idols.

Ugadi is celebrated by Hindus in Maharashtra, Telangana, Andhra Pradesh and Karnataka. It is a festival that falls on the first day of Chaitra month in the Hindu lunisolar calendar. This is during April or May as per Gregorian calendar. Ugadi is New Year for Hindus; in fact, it literally translates to the beginning of a new age.

The celebration includes decorating doors with mango leaves called torana, drawing vibrant and elaborate patterns, usually at entrance of the house called rangoli, and having festive dishes that include all the flavours - sweet, salty, bitter and sour - as a reminder to expect all flavours in life.

Hampi is a popular historical city of Karnataka that is home to a set of magnificent monuments, which have been declared as UNESCO World Heritage Sites, and was built during the Vijayanagara Empire.

Hampi Utsav is a boisterous festival that has been taking place ever since the time of the royal Vijayanagara Empire, and has been continued till date. It is an annual festival that goes on for 3 days.

Renowned artists from all over India perform various folk and classical dance forms, brilliant musical performances and more. Another attraction is that these monuments of Hampi are illuminated beautifully with lights during the night, a spectacle worth watching.

It is a festival that was born as a form of entertainment for the rural people. In Kambala, two pairs of buffaloes are controlled by a farmer with a whiplash and the buffaloes are made to run in a slushy paddy field. Cash prize is given to the farmers who win the game.

This is the most important Jain festival that takes place in Shravanabelagola every 12 years. Shravanabelagola is a small town in Karnataka that is popular for the magnanimous 57 ft statue of Gommateshwara or Bahubali.

Thousands of pilgrims, particularly Jain devotees, crowd the region during this festival. During the festival, the gigantic state of Bahubali is washed and bathed with water, milk, sugarcane juice, turmeric, etc. The next Mahamastakabhisheka is to be held between 17th to 25th February 2018.

This annual dance festival takes place in the small town of Pattadakal during January. Pattadakal is famous for the stunning group of temples that were built between 7th to 8th century. Due to their architectural brilliance, they have been recognised as UNESCO World Heritage Sites.

During this festival, classical dance artists from all over the country gather to put up the best of performances in front of the group of temples. If you appreciate classical dance art or wish to witness forms of dance, like Bharatnatyam, Kuchipudi, Kathak, etc., head to Pattadakal in January.

Although Dusshera is celebrated throughout the country, Mysore Dasara is the most extravagant celebration of all. It is a 10-day annual festival that begins with the start of Navratri and ends on the day of Vijayadashami, during the month of September or October.

Dasara has been celebrated in absolute grandeur right from the times of the Vijayanagara Empire. Some of the attractions that takes place during the festival includes Jumboo Savari which is a traditional procession, a special durbar in the Mysore Palace, etc.

Another major attraction is the Mysore Palace being beautifully illuminated with nearly 100,000 bulbs on all the 10 days between 7 pm to 10 pm.

Comments
Read more about: karnataka festivals heritage monuments temples hampi
Other articles published on Dec 8, 2017
We use cookies to ensure that we give you the best experience on our website. This includes cookies from third party social media websites and ad networks. Such third party cookies may track your use on Nativeplanet sites for better rendering. Our partners use cookies to ensure we show you advertising that is relevant to you. If you continue without changing your settings, we'll assume that you are happy to receive all cookies on Nativeplanet website. However, you can change your cookie settings at any time. Learn more
Change Settings Continue