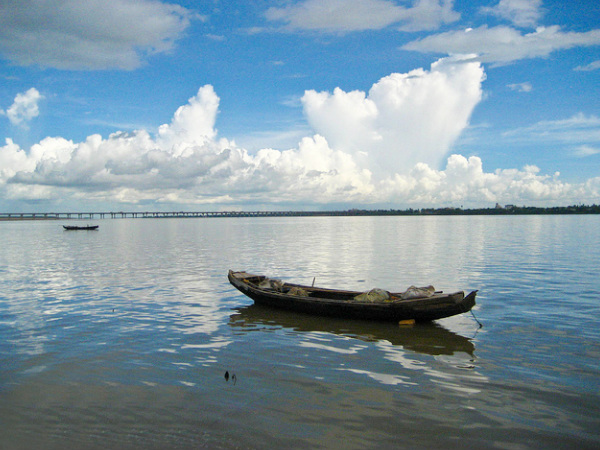 It is time to start planning your vacations. There are many places in South India where you can relax and enjoy this March. While the state of Karnataka mesmerises you let spirituality be on your mind when travelling to Tamil Nadu and who of course can refuse a trip to the backwaters of Kerala where you can rejuvenate yourself and enjoy the serenity of nature.

All these places offer you some of the best getaways in the month of March. With their varied culture, history and traditions it is absolutely amazing to travel to these places and enjoy the many attractions that they have to offer. Also there are many places where you can rejuvenate yourself and be cut off from the rest of the world. Here is a look at a few places that you should have in you travel itinery for South India this March.

Despite its sun kissed beaches and rugged forests bordering the beaches, Port Blair, has never been the tourist's hub but for the curious and patient traveller. Port Blair can slowly reveal itself from the shadows of its dark past when prisoners were hauled by the British and later the Japanese to the infamous 'Kalapaani' or cellular jail. Travellers can today visit the ramparts of this once dark place or go scouting for history lessons on the remnants of Japanese bunkers from the World War II. For those less historically inclined, Port Blair offers a host of adventures in the form of scuba diving and snorkelling to name a few.

Vijayawada, located in the Krishna District of Andhra Pradesh, is surrounded by water bodies on its three sides and a mountain on the fourth side, giving the city a splendid scenic beauty. The word Vijayawada means ‘Land of Victory', and is named after the Goddess of the city Kanaka Durga, who is also known by the name of ‘Vijaya'. The city is also famous by the name ‘Bezawada' which is the old name of the city. It is one of the leading tourist destinations of the country and is famous for its juicy mangoes, a wide variety of sweet delicacies and numerous beautiful springs.

Agumbe, a small village of the Tirthahalli taluk comes under the Malnad region. It is famously known for the beautiful sunsets over the Arabian Sea that can be witnessed from the region. Know for its scenic and serene landscape, it receives the highest rainfall in southern India.

Badami is an ancient town located in North Karnataka in the Bagalkot district. This town, known as Vatapi, was the capital of the Chalukya Dynasty from the 6th to the 8th century. Situated in a ravine and surrounded by golden sandstone hills, Vatapi, as Badami was called back then, was one of the earliest places in Southern India to see a frenzy of temple building activities. Badami is famous for its beautiful cave temples, which are located around the Agasthya Lake that lies at the center of the ravine.

A serene village in Kasaragod district, Bekal is a land with a storied past. The ancient forts, golden beaches, majestic hills, meandering rivers and the rich cultural tradition adds to the charm of this land. Located in the southwestern tip of India, the extensive beaches, numerous estuaries and backwaters and the unexplored virgin environs all qualify Bekal as a site with immense potential to become a tourist destination.

Devikulam is a hill retreat with picturesque landscapes, located in God's Own Country, Kerala. Some of the scenic attractions at Devikulam are the gurgling waterfalls cutting across the sharp sides of rocks and hillocks covered with a lush carpet of velvet meadows. Devikulam is about 7 km from Munnar in the Idukki district. Nature lovers come here to admire and study divergent flora and fauna. Trout fishing is another activity carried out here. It is a trekker's delight and an excursion through the plantations and red gum trees would truly vouch for an enchanting experience.

The town of Mahe is located in the Union Territory of Pondicherry. A unique feature about this town is that it is covered on three sides by the Kannur district and on one side by Kozhikode. Therefore tourists visiting this place will be surprilsed to see a major influence of Kerala here. The major attractions of this town include the Mahe Palli and the Mahe Boat House. You can also indulge in various water sports here like speedboating, kayaking and peadl boating here. Tourists can be seen all throughout the year enjoying the serene landscape of this picturesque town.

Dindigul, located in the state of Tamil Nadu, derives its name from the words ‘Thindu' which means pillow and ‘kal' which means rock. It refers to the bare hills which overlook the city. The city is located between the Palani Hills and the Sirumalai Hills, and is a bed of fertile land. Apart from the majestic fort, there are also a few temples and holy rivers that can be visited in Dindigul. There is also a 300 year old Roman Catholic Church located in this town that is worth visiting.

Erode is a small district in Tamil Nadu and is located at the heart of South Indian Peninsula. It is famous for power-loom textile products, handloom products and ready-made clothes and is therefore also known as 'Texvalley of India' or 'Loom city of India'. The city is also popular for the cultivation of turmeric. There are many attractions in the city that includes many temples, churches, dams, museums and more. Tourists coming here can explore the entire city and also learn more about the culture and traditions of this place.

Warangal, a district in Telangana was also referred to as Orguguallu or Omtikonda in olden times, due to the presence of an enormous hillock that is evidently carved out of a single stone. It was the capital of the Kakatiya kingdom and there are many ruins all over this region. There are many places to visit in Warangal, but special mention is to be made of the Warangal Fort which finds itself in the travel diaries of Marco Polo.

Comments
Read more about: march south india
Other articles published on Mar 1, 2015
We use cookies to ensure that we give you the best experience on our website. This includes cookies from third party social media websites and ad networks. Such third party cookies may track your use on Nativeplanet sites for better rendering. Our partners use cookies to ensure we show you advertising that is relevant to you. If you continue without changing your settings, we'll assume that you are happy to receive all cookies on Nativeplanet website. However, you can change your cookie settings at any time. Learn more
Change Settings Continue