Nativeplanet
»
Travel guide
»Secunderabad: Get Transported To A World Of Old World Nostalgia

Secunderabad: Get Transported To A World Of Old World Nostalgia 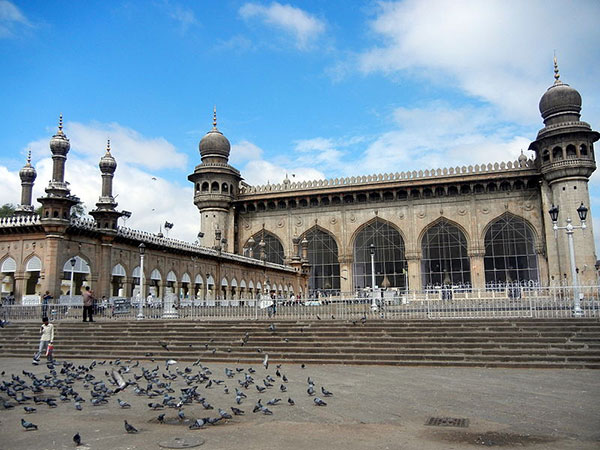 Secunderabad, the twin city of Hyderabad, located in the Indian state of Telangana, is renowned for its archaic historical monuments, antiquated fort walls, bustling markets lined with colourful shops and the stirring fragrance of its famed biryani and salan, makes sure to tickle your fancy.

The city of Secunderabad, named after the third Nizam of the Asaf Jahi dynasty, Sikander Jah, was established in 1806 as a British cantonment. With its rich cultural background and Mughal heritage, the city is home to many Anglo-Indians and Parsis as well. Having been developed under the British Raj, Secunderabad's architecture, culture and everything is bathed in a nostalgic shade of history. Check out the remaining fragments of the Mughal magnificence scattered all around the city of Secunderabad.

Secunderabad, with its cosmopolitan lifestyle, puts you in a time warp of rich authentic culture and historical marvels that reflect the aura of the bygone days. With that timeless old world charm and metropolitan buzz, the city attracts people from all around the world. With an endless list of must-sees and must-dos, here are a few places you should not miss.

Places To Explore In Secunderabad

When in the city, visit the Rashtrapati Nilayam, the President's official retreat in the Indian peninsula. Nizam Nazir-ud-Dowla, the fourth ruler of the Asaf Jahi dynasty constructed this existing official residence for the President, back in the year of 1860. The mansion boasts of a spacious and well-maintained dining hall, a ceremonial hall, a cinema hall, a durbar hall and a morning room along with 16 rooms for the president and his staff along with the capacity to accommodate 150 more people.

Spanning over an area of 101 acres, the 16-room estate stands tall on the streets of Bolarum. This 158-year old mansion follows an annual tradition of opening its gates to the visitors for 15 days. Heritage Conservation Committee (HCC) has titled the President's refuge in South India as a heritage site, owing to its more than 150 years of rich history and culture.

Hussain Sagar, the necklace-shaped lake, connects as well as separates the twin cities of Secunderabad and Hyderabad. Built by Ibrahim Quli Qutb Shah in the year 1562, the lake is actually named after Hussain Shah Wali. Spanning over an area of 5.7 sq km, the lake has a 16-meter tall Gautam Buddha statue of pristine white granite, erected in the middle of the lake.

Tours of the lake happen daily, and the glimmering water of the lake encourages various water adventure activities as well. The Hussain Sagar Lake has an unreal dream-like feel to it and makes for a gorgeous sight at any given time of the day.

Trimulgherry Fort, the historical fort has undergone a few changes over the years. Built in the year 1867, the Fort was used with the intent of carrying arsenals, barracks, mess houses, stables and even military houses. This historical gem is now transformed and used as a military hospital in Secunderabad.

The fort is outlined by canals, running deep to a length of near about 4.82 km. The grandeur of the Fort's architecture is deep-rooted in the historic architectural style and stands proof to the Mughal craftsmanship brilliance of the period.

As per the name suggests, the Victorian Prison exists from the times of Queen Victoria, as it was established under the British Raj as the confinement quarters for the prisoners. The prison, of late, has become a popular attraction of the city for the tourists and the locals alike.

Records have it that this cellular jail was built about half a century earlier and is much roomier than the Kalapani cellular jail of the Andamans. To ensure a gloomy bearing and not to furnish the cells with light, this prison is fashioned in such ways that sunlight never falls on any of the cells all through the day.

Another brilliant archaeological wonder of the city is the Saidanimba Tomb, which is located at one end of Tank Bund. This historical marvel hardly manages to get the attention it so greatly deserves. This is so, as this historical site is abuzz with busy traffic and bustling stores, for which a thick layer of black deposit is settled on its walls.

The charm of this architectural grandeur, built over almost 130 years ago, is gradually dwindling with years of neglect. Owing to the low maintenance and discolouration of this historical site of importance, the brilliance of the architecture is lost for the eyes of a hurried passerby. If you have an eye for architecture, you will most certainly overlook its blemishes and enjoy the stunning Mughal and Qutub Shahi artisanship of the tomb.

How To Reach Secunderabad

By Rail: Secunderabad Junction or Secunderabad Railway Station is the nearest railhead of the city. Regular trains to Secunderabad are available from any major city of the country.

By Road: Secunderabad's bus terminal is the Jubilee Bus Station, which is well connected to the city. The Telangana State Road Transport Corporation (TSRTC) provides bus services for various major routes right from Secunderabad. With convenient taxi facilities and well-connected bus services, the city of Secunderabad is easily accessible and well connected via roadways.

The winter months make the most favourable time to visit this city. In the months of and between October to March, the weather remains pleasant with the temperature varying between 15°C to 20 °C.