Places to Visit In Port Blair 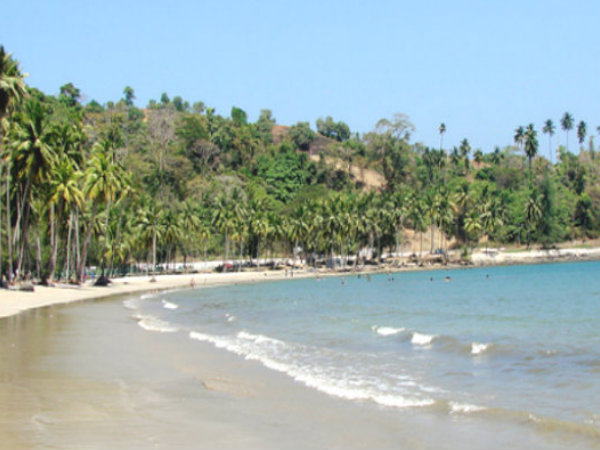 Despite its sun kissed beaches and rugged forests bordering the beaches, Port Blair, the capital of the Union territory of Andaman and Nicobar, has never been the tourist's hub but for the curious and patient traveller, Port Blair can slowly reveal itself from the shadows of its dark past when prisoners were hauled by the British and later the Japanese to the infamous 'Kalapaani' or cellular jail. Travellers can today visit the ramparts of this once dark place or go scouting for history lessons on the remnants of Japanese bunkers from the World War II. For those less historically inclined, Port Blair offers a host of adventures in the form of scuba diving and snorkelling to name a few. So, get ready for the sun and sand mixed with a dose of history and you have a cocktail for a perfect holiday. Port Blair is well connceted from all parts of the country with regular flights from Kolkata, Chennai and Bhubaneshwar.

Built by the British as a stronghold for their prisoners, today the jail serves as a national monument. The horrors which it held are wiped out by the garden which it houses now. It is accessible to tourists from morning to evening and a light and sound show is held in the later part of the evening. It is closed on mondays and one has to purchase a ticket before they can explore this grim reminder of man's unpleasant history.

Just near the Cellular Jail is the Andaman Water Sports Complex which is also known as the Rajiv Gandhi Water Sports Complex. It offers a wide range of sports facilities like sail boating, parasailing, paddle boating, water sking and many more. It is definitely a place one should visit while they are in Port Blair.

Located near Port Blair is Corbyn's Cove which has a soft sandy beach with coconut palms overlooking it and is an ideal spot for one to indulge in scuba diving, swimming, boating and more. One can also enjoy the sunset sitting on the beach sipping on tender coconut water.

During World War II the Japanese had made bunkers in various parts of the island to protect themselves and also to keep an eye out for. Now many of these bunkers have been destroyed. One such remains on Corbyn's Cave. One can enter the bunker and get the feel and view of the beach in a complete new dimension.

The Mini Zoo situated at Haddo is home to some of the local species like the Nicobar pigeon, the Andaman pig, the Andaman gecko and many more. The zoo is also a crocodile farm where crocodiles are bred and then released into the swaps. Visitors are taken on a guided tour by the zoo officials.

Port Blair has enough actvities to keep the restless traveller busy . One can go sailing, paddle boating, rowing and snorkelling. At Jolly Buoy snorkelling is a must do activity. Visitorrs can go underwater and watch the school of fishes swimming by or enjoy the beauty of corals on the sea bed. If that was not enough, then they can try out sea walking where sea divers guide one towards the corals. One can try feeding the fishes and will be amazed to see themselves surrounded by them.

Seafood tops the menu here.Port Blair offers a wide variety of cuisines to its visitors but with the availability of wide variety of seafood one can almost find a marine touch in all their meals. One of the popular dishes here is fish cooked in coconut milk. There are small shops on the beaches which sell trinkets and necklaces made out of seashells. One can also purchase pretty clothes with floral designs from the shops here.

Read more about: port blair andaman and nicobar
Other articles published on Apr 18, 2014
We use cookies to ensure that we give you the best experience on our website. This includes cookies from third party social media websites and ad networks. Such third party cookies may track your use on Nativeplanet sites for better rendering. Our partners use cookies to ensure we show you advertising that is relevant to you. If you continue without changing your settings, we'll assume that you are happy to receive all cookies on Nativeplanet website. However, you can change your cookie settings at any time. Learn more
Change Settings Continue