Travel to North India this March 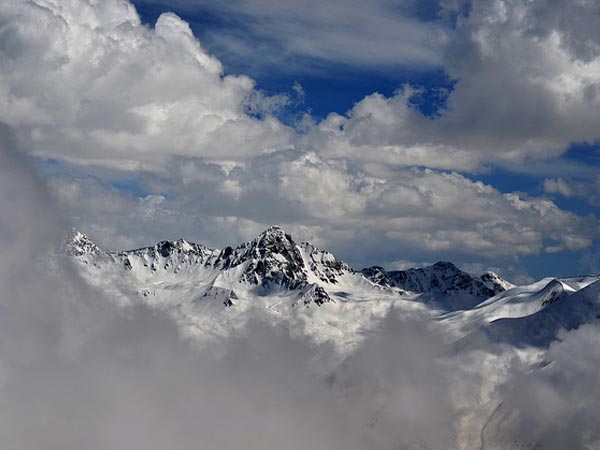 Wanting to head out on a vacation? There are many places in North India where you can relax and enjoy this February. Head to the beautiful state of Jammu and Kashmir which has many a places that would take your breath away or travel to Himachal Pradesh and be amazed by its history. Then there are places in Uttarkhand, Punjab and Haryana left to be explored as well.

All these places offer you some of the best getaways in the month of March. Here is a look at the places where you can head out and enjoy the beauty of nature, the richness of culture, traditions and heritage in North India this March.

Chandigarh has a number of major tourist destinations. This city was designed by Le Corbusier, a French architect. Tourists from all over the country visit this planned city every year. It is a modern and one of the youngest cities in India planned and built after independence. Tourist attractions in Chandigarh do not lie in historical monuments. Chandigarh boasts of its amazing architecture and landscape that is undoubtedly a treat to the eyes. The brilliance of modern architecture has created quite a few tourist attractions in Chandigarh. Chandigarh stands aloof at the foothills the Shivalik ranges. Here is a look at a few places one should visit in Chandigarh.

One of the lesser known places in Haryana is the district of Karnal that has a few attractions for the tourists coming here. The district gets its name from the legendary warrior of the Mahabharat, Karna, who is said to have taken bath in a lake here. Though looked upon as a farming village with a few industries, the town of Karnal has its own set of attractions that is certain to amaze tourists.

Bhuntar is a small town located in Himachal Pradesh and is known as the gateway to the Kullu Valley. It is known for its various religious centres and has many temples that are dotted around the place. Tourist coming here can visit these temples and marvel the beauty of their architecture.

Situated in the Chambal district, Dalhousie is an old-school hill station in India. Wondering why it is call old-school? Well, for starters, Dalhousie is not a place that has any nightlife, so everything winds up here as early as seven in the evening. Again it is not exactly a shopper's paradise either, yes you can puchase items of interest here but there are no malls or multiplexes. Travellers may question then what makes this hill station a tourist destination to which the only reply is that it is nature's home. If you are simply looking to get away from the distractions of modern day life, Dalhousie is the place.

Another tourist destination in North India during August is the beautiful town of Gulmarg. Located at an elevation of 2,730 mt above sea level, this place has many attractions for the tourists coming here. You can get a magnificent view of the Nanga Parbat, the fourth highest peak in the world, from here. Tourist came here to get away from the noise of the city and relax in the tranquility of this place.

Pahalgam is a noted tourist spot located in the Anantnag district of Jammu & Kashmir and is situated at an elevation of 2740 m. It is abundant in dense forests, beautiful lakes, crystal clear streams, and meadows of flowers. Tourists other than admiring the beauty of this place can also undertake treks to Chandiwar, Aru Valley, and the Kohli Glacier with Pahalgam as a base. Mattan, Tarsar Lake, Shikargah, Sun Temple, Aishmuqam, Lidderwat and Mamaleshwar Temple are some of the prominent tourist spots here. The scenic beauty of this place has resulted in a number of Bollywood movies being shot here.

Jalandhar, located in the state of Punjab, is an ancient city that has a rich history. It is named after Jalandhara - a demon king, mentioned in the Puranas and the Mahabharata. Jalandhar in Hindi means ‘an area that lies under water', and as per folklore, the city derived this name owing to its geographical location between the two rivers Beas and Sutlej. The city of Jalandhar is home to a number of tourist attractions, including forts, temples and museums. Some of the major attractions here are the Shiva Mandir, Tulsi Mandir, Devi Talab Mandir, St. Mary's Cathedral, Bhagat Singh Museum and Wonderland Theme Park.

One of the former capitals of India, Agra in Uttar Pradesh is a hub of monuments that add to the pride of Indian heritage. Taj Mahal, Agra Fort, Chini ka Rauza are some of the known and widely popular monuments of Agra. Explore these plces or be marvelled by their splendour. These monuments hav stood the test of time and gives a peek into the history of of this place.

Chopta is a beautiful hill station located in Uttarakhand and is often referred to as ‘Mini Switzerland' owing to its breathtaking scenic beauty and lush green grasslands. You can enjoy the view of various mountain ranges here namely Chaukhamba, Trishul and Nanda Devi from here. There is also an ancient shrine located here atop the Tungnath Mountain. The shrine is dedicated to the Hindu god Shiva. Many devotees come here to offer their worship to the god. It also is a trekker's haven as people have to trek to reach this shrine.

Comments
Read more about: march north india
Other articles published on Feb 24, 2015
We use cookies to ensure that we give you the best experience on our website. This includes cookies from third party social media websites and ad networks. Such third party cookies may track your use on Nativeplanet sites for better rendering. Our partners use cookies to ensure we show you advertising that is relevant to you. If you continue without changing your settings, we'll assume that you are happy to receive all cookies on Nativeplanet website. However, you can change your cookie settings at any time. Learn more
Change Settings Continue