10 Destinations to Travel to in North India this January 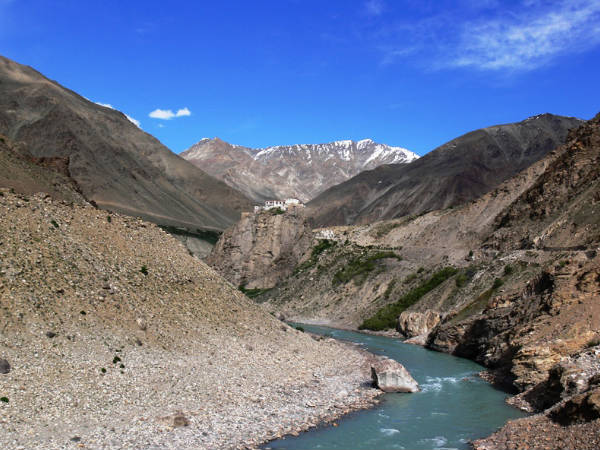 Wondering where to head to this vacation? We all love travelling, especially in the festive season! Here are a few places in North India where you can relax and enjoy this January. Head to the picturesque state of Jammu and Kashmir that has many a places that would blow your mind away or travel to Himachal Pradesh and be amazed by its history. Then there are places in Uttarkhand, Punjab and Haryana left to be explored as well.

There are various places in North India that offer you some of the best getaways in the month of January. Their varied culture, history and traditions makes it absolutely amazing to travel here and enjoy the many attractions that they have to offer. Here is a look at a few places that should be on your travel itinerary for North India this January.

Places to visit in South India this January.

One of the towns to visit in Haryana is the city of Hisar, that is famous for its many ruins. Tourists come here to explore the ruins that date back to the times when Marathas ruled over the region. There are a few place to visit in Hisar such as the Agroha Dham, Barsi Gate, Firoz Shah Tughlaq's palace and more. It is bound to leave you amazed and you can also listen to many folklores about these ruins from the locals here.

Chaukori is a beautiful hill station, perched at an altitude of 2,010 mt above sea level in the Pithoragarh district of Uttarakhand. Situated among the mountain ranges of the western Himalayas, this place is bordered by Tibet in the north and Terai in the south. The spectacular hamlet is covered with green pine, oak, and rhododendron forests. Attractive cornfields and orchards add to the beauty of the place. There are many ancient temples located in Chaukori. The Nagmandir located in the Berinag village is a shrine worth visiting. Tourists can also visit the Patal Bhuvaneshwar temple dedicated to Lord Shiva that can be reached by a tunnel shaped cave.

The historical city of Panipat is known for the many battles that were fought here. It also finds itself mentioned in the first verse of the Bhagwad Gita where it is referred to as 'dharamkshetra'. There are several monuments here and tourists can explore these old buildings and learn about the history of this town.

Bhuntar is a small town located in Himachal Pradesh and is known as the gateway to the Kullu Valley. It is known for its various religious centres and has many temples that are dotted around the place. Tourist coming here can visit these temples and marvel at the beauty of their architecture.

Last but certainly not the least is the scenic hill town of Kausani that is located in Uttarakhand. The town promises to give travellers an amazing view of the Nandakot, Trishul and Nanda Devi mountains from here. It is a perfect place to head to from the never ending noise of the city and relax your nerves in its tranquility.

Rewari is a small town in Haryana and history has it that Hemu, the last Hindu emperor of India, was brought up and educated here. His haveli still stands in the Qutabpur area of the city and during his time, the emperor had laid the foundation of a metal-work industry in copper sheets, utensils, and brass manufacture. The main attraction of Rewari is the Rewari Heritage Steam Locomotive Museum. The shed housing the museum was built in 1893 and is the only one in India showcasing steam engines that have survived the wear and tear of their strenuous journeys. It remained in a state of neglect after steam engines were removed from active service by 1990. However, the shed was reclaimed by the railway authorities to host a heritage museum for steam engines in December, 2002.

Sarchu, also known as Sir Bhum Chun, is situated on the boundary between Himachal Pradesh and Ladakh. The place serves as an over night resting base for people travelling from Manali to Leh. Sarchu acts as a trekking base for individuals who wish to trek around the Zanskar region of Ladakh.