Travel to North India this February 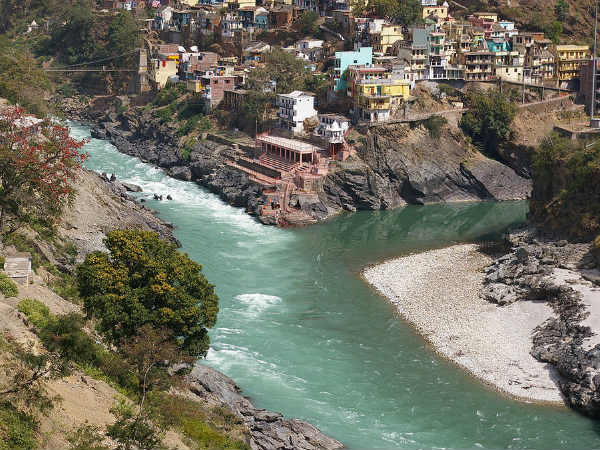 The New Year brings with it a new set of destinations for you to head out during your vacations. There are many places in North India where you can relax and enjoy this February. Head to the beautiful state of Jammu and Kashmir which has many a places that would take your breath away or travel to Himachal Pradesh and be amazed by its history. Then there are places in Uttarkhand, Punjab and Haryana left to be explored as well.

All these places offer you some of the best getaways in the month of February. Here is a look at the places where you can head out and enjoy the beauty of nature, the richness of culture, traditions and heritage in North India this February.

Delhi, also famous by the name 'Dilli' , is officially the National Capital Territory (NCT). It not just happens to be one of India's largest cities but is a perfect combination of antiquity and modernity. It is India's second most populous city after Mumbai and is renowned for being home to many architectural masterpieces such as the Qutub Minar, the Red Fort, India Gate, the Akshardham shrine and many more. Travellers coming here can explore these architectural wonders and also learn more about the history of this place.

The small town of Jhajjar was once a part of the Rohtak district which later got divided. Initially called Chhajunagar this town is known for the bird sanctuary that is here. The sanctuary is said to be visited by more than 35,000 varities of migratory birds. It is a haven for nature lovers and bird watchers. Tourists visiting here also head to the sanctuary for seeing these amazing birds.

Gurgaon is the largest city of Haryana and is considered as the financial and industrial capital of the region. The city is located around 30 km south of Delhi and is considered as one of Delhi's four major satellite cities. It was initially a small farming village located southwest of Delhi, but now the city has witnessed a huge increase in its population and economy. There are over 80 malls in the city, notable amongst them are the Ambience Mall, considered as the second largest mall in India, City Centre Mall and Plaza Mall. There are also leisure parks, such as Leisure Valley Park and Kingdom of Dreams that attracts many tourists. Other must-see tourist attractions include Appu Ghar, Sultanpur Bird Sanctuary, Pataudi Palace, etc.

The ideal place to enjoy the monsoons are the hill stations, and Chail is one such place to be. Explore the old Chail Palace that stands here towering across the region with its many secrets or set out to capture some wildlife at the Chail Wildlife Sanctuary here. If neither of this appeals to you, then just sit back, sip on a hot cup of tea and enjoy the rains.

Bhuntar is a small town located in Himachal Pradesh and is known as the gateway to the Kullu Valley. It is known for its various religious centres and has many temples that are dotted around the place. Tourist coming here can visit these temples and marvel the beauty of their architecture.

Lying in the Malwa region of Punjab is one of its oldest and most popular city, Bathinda. The city got its name from the Bhati Rajput kings who once ruled in this region. The city is filled with rich culture and heritage. Tourists coming here can explore this beautiful village and also enjoy the hospitality of the locals here.

The town of Hastinapur which lies on the banks of river Ganga is famous among tourists and visitors as they come here to relive the great Mahabharata. It was at this place that the great kingdom of the Pauravas was established and if you dig in deeper you would find that the great king Bharat founded this place. It is in honour of the principles and values of king Bharat that India is locally called as Bharat. Tourists coming here are surrounded by history at every nook and corner of this town. If legends are true then just off the town there are a few ruins which are believed to have been the Pandavas palace of Indraprastha.

Deogarh is a small farming village in Uttar Pradesh and is the border of the former princely state of Gwalior. The town is known for its impressive monuments dating to the Gupta period, more specifically a fort on the bank of the Betwa River and also a number of monuments of Jain and Hindu origins, within and outside the fort. The town promises its travellers some interesting ancient monuments and temples including the Dashavatara Temple, the earliest known Panchyatana temple in northern India. Even though, the temple is mostly in ruins, it has several interesting features including carved figurines of Goddess Ganga and Yamuna. Another sight of interest is the Deogarh Fort which was also known as Kirtigiridurga Fort when it was first constructed in the year 1057 under the reign of the Chandela King Kirtivarmann.

A place to visit in North India in August is Devprayag which is a popular religious town situated in the Tehri Garhwal district of Uttarakhand. Devprayag in Sanskrit means 'Holy Confluence' and this is where the rivers Alaknanda and Bhagirathi confluence. It is considered a holy place as it is one among the 'Panch Prayag'.

Comments
Read more about: february north india
Other articles published on Jan 25, 2015
We use cookies to ensure that we give you the best experience on our website. This includes cookies from third party social media websites and ad networks. Such third party cookies may track your use on Nativeplanet sites for better rendering. Our partners use cookies to ensure we show you advertising that is relevant to you. If you continue without changing your settings, we'll assume that you are happy to receive all cookies on Nativeplanet website. However, you can change your cookie settings at any time. Learn more
Change Settings Continue