Nativeplanet
»
Travel guide
»History, Architecture And More: Everything You Need To Know About Mandu

History, Architecture And More: Everything You Need To Know About Mandu 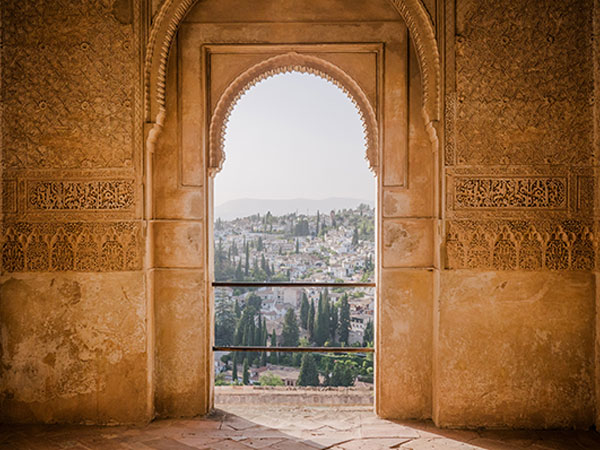 Once a flourishing and fortified city, Mandu or Mandavgad opens doorways to history that predominantly dot the landscape of the town. Nestled in the Malwa region of the western Madhya Pradesh in India, Mandu has pages of history and antiquity attached to its subsistence. Now celebrated as a popular tourist spot, Mandu's rich past of the Mughal rule still resonates today in its architectural edifices.

The place encloses a number of architectural marvels that keeps the history of the town alive and breathing. The town puts you in a time warp with its intriguing and pastel coloured monuments. The glimpses of the architecture in this town are essentially Islamic owing to its history of the Afghan rule that prevailed and dominated the place for decades.

Come explore the lanes of Mandu, as it will certainly fill your travel experience with interesting moments, by reliving the past through the age-old arches, porches and pavilions.

How To Reach Mandu:

By Air: The nearest airport to Mandu is the Indore Airport. Its location is about 100 km away from the town. From the airport, frequent cab services are available to take you to the town.

By Rail: The nearest railhead is the Ratlam Railway Station, located at a distance of 139 km from the town. The station is well connected with major cities of the country. Bus and cab services from the railway station to Mandu are very frequent.

By Road: Buses to the town of Mandu are available from major cities in the country. The bus junction of Mandu remains quite busy with buses running at regular intervals that connect the town to other parts of the country.

The best time to visit Mandu is in the months of October to March when the weather is pleasant and does not get extreme with an average temperature of 10°C to 25°C.

The Jahaz Mahal, dating back to the 15th century, is one of the most prominent buildings in Mandu. This architectural brilliance was carved with intricate detailing and sheer craftsmanship, that is assuredly going to leave you breathless with its beauty. The Jahaz Mahal is constructed on a narrow strip of land between the Munj Talao and the Kapur Talao, with a 120 m long and 15 m wide ship-like bridge as its terrace.

With scallop shaped Gothic arches, spacious rooms and mesmerising pleasure pools, this Mughal architectural marvel looks like as if the entire monument is floating on water. With beautiful cascading fountains, the palace looks all the more beautiful and transports you back in time.

Jama Masjid with its worn out rustic interiors, is the most beautiful red-stoned mosque in the town. This spectacular edifice was constructed by Hoshang Shah around the year 1406, based on the great architectural pattern of the Omayyad Mosque in Damascus, Syria. However, it was Mahmud Khilji, who completed its architecture in the year 1454.

This mesmerising monument is reckoned to be by far, as the finest and largest specimen of Afghan architecture in India. With beautiful stone-latticed windows, intricate marble carvings and an array of domes and arches sprawling out in the courtyard, the Jama Masjid, nestled on the plateaus of Mandu, bears a prosperous history of the by-gone days.

Amongst the many architectural marvels and historical edifices that dot the well-known town of Mandu, Roopmati's Pavilion is the most significant amongst all. Mandu, is popular for the legendary tragic love story of Prince Baz Bahadur and Rani Roopmati. This monument bears witness to their tragic love story and has a delicacy of design and beauty of the striking milieu it is set against, by Mandu's other monuments.

Standing at the top of an escarpment falling 366m to the plains, the Roopmati Pavilion has the most interesting and alluring architectural aspects, with square pavilions, giant hemispherical domes and scallop shaped intricate arch openings. From its terrace and domed pavilions, the Roopmati Pavilion blesses its visitors with the distant glint of the sacred Narmada river, flowing down the hills, 366 m below.

Get ready to be enchanted with the alluring charms of the decades-old aura of the Bas Bahadur Palace. Baz Bahadur was the last independent ruler of Mandu, and this is the time when the town reached heights of grandeur.

The Baz Bahadur Palace is a curious melting pot of Rajasthani and Mughal styles and was built in around the years of 1508-09 by the Khilji Sultan Nasir-ud-Din.

It is perched atop a hill, above the holy tank of Rewa Kund, which used to supply water to the palace by a water lift. Exhibiting exceptional specimens of the Islamic as well as Rajput culture in its architectural forms, Baz Bahadur's Palace initially opens up to a sprawling courtyard and flaunts halls on all four sides.

The main attraction of the palace is its octagonal porch with arches on its fringes and pavilions with enchanting views, all secretly conspire to make this spot as one of the best places to visit in Mandu.