Nativeplanet
»
Travel guide
»Places One Must Visit In India To Close The Year With A Bang !

Places One Must Visit In India To Close The Year With A Bang ! 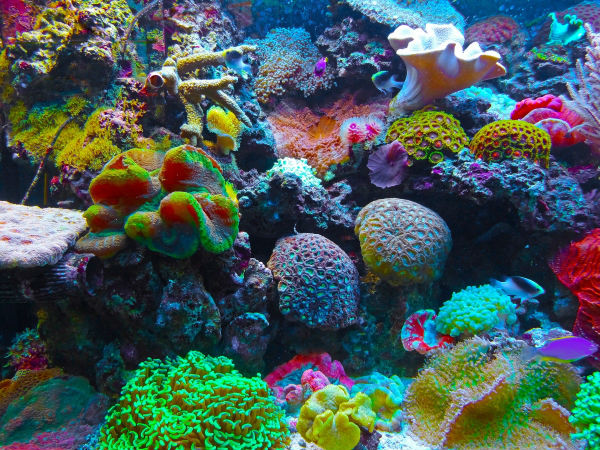 December has already began, so has the planning of how and where to celebrate New Year's Eve. While some of them prefer to stay indoors, there are few others who would love to venture out of their comfort zones and explore the vast corners of the country. India is a country which has a large variety of places from beaches to hill stations, from temples to heritage sites and much more.

So let's bring an end to 2017 by fulfilling our wanderlust and getting back a bag full of souvenirs. You can be either a beach person or a mountain person, have a look at this list which would satisfy all kinds of travellers who have still not planned their holiday.

To get some warmth this winter head to the Munroe Island in Kerala which is located at the confluence of two rivers and is home to some of the most beautiful backwaters. The island till date preserves its ancient heritage and culture.

One would come across some interesting tools which were used during the Stone Age. The island gets its name from its first resident, Colonel John Munroe.

The place is home to a number of buildings which depict some of the oldest forms of architecture, which would take you back to the days of the Dutch rule in the country.

Elevate yourself at the various temples and monasteries here, which were once visited by Gautam Buddha himself. Sarnath is an important pilgrimage site for the followers of Buddhism and Jainism.

Do not be surprised to find monks of both the religions moving around harmoniously as one would go exploring the city. When here, make it a point to visit the various temples, stupas and the famed Ashoka Pillar.

If you find Goa to be very crowded, well then you have Gokarna to the rescue. Gokarna is a far more relaxed and laid-back coastal town which attracts Hindus from across the country in large numbers due to the presence of the ancient shrine of Mahabaleshwar.

However, in recent years the place has taken transformation into one of the most opted destinations due to its untouched beaches. Apart from exploring the many beaches here, one can undertake a crash course in surfing.

One can only dream of coming across a place, where the water is crystal clear and so clean that a boat would look like it is floating in the air. Well, Dawki provides you the opportunity of turning dreams into reality.

With mountains surrounding the clear river, twisting around the edges, Dawki is truly breathtaking and one would not believe what unfolds in front of their eyes.

If you have had enough of sea, one can always take a break from them and head to the mountains. Kalimpong is a remote town in the state of West Bengal and is a perfect choice one can make.

In this hilly retreat, the tribes of Bhutia, Lepcha and Limbu preserve and promote their culture to the visitors from across the country.

The place also provides you with a spectacular view of the Kanchenjunga peak from its various heights. One would also some across a large number of educational institutions along with a number of Buddhist monasteries here.

Orchha is truly a mesmerising destination to visit for those who would love to take a plunge into history. Rich in historical value and surrounded by a dense forest cover which protects its valued monuments, Orchha is a truly a must visit.

One would come across huge boulders right at the middle of a stretched out riverbed with small streams flowing between the ferns, which would make you fall in love with the aura of the historical town.

Andaman and Nicobar Islands showcases diversity in nature and one trip to these islands would not be enough to completely soak yourself in the spirit of this natural gem.

Home to a large variety of flora and fauna, one can also head for various water sport activities, such as scuba diving, snorkelling, etc. as the island is well known for the presence of coral under water. Go a ferry ride to watch India's only active volcano or visit the indigenous tribes of the island.