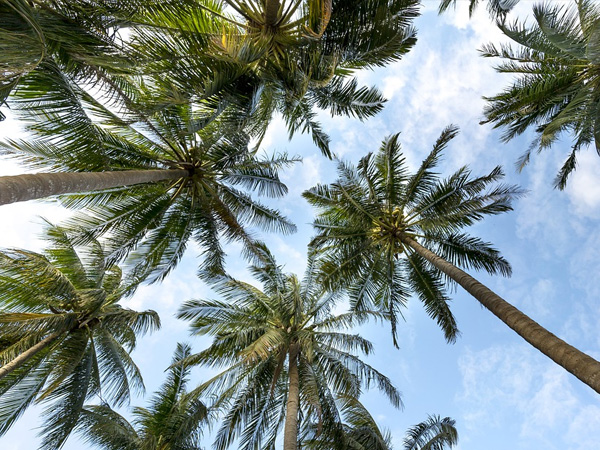 We all wish to celebrate the New Years' in a pleasant and fun destination, and bid a grand farewell to 2019 - it deserves! Well! It's not too late. There is enough time to make plans and imposingly rejoice this New Years' by travelling to one of the best budget-friendly New Year destinations in India for an unforgettable holiday!

As another decade draws to a close, the inevitable travel ideas for a grand New Years' start to take centre stage. When planning for such an event, travellers often get bombarded with expensive conventional destinations. Consequently, many decide to take a short road trip to save their hard-earned money. Keeping that in mind, we bring you a list of budget-friendly New Year destinations in India for 2020!

From the ruins of Vijaynagara Empire to the archaic temples, Hampi is fast maturing to be a crowd favourite and best budget-friendly New Year destinations in India among tourists. With the release of 'Magadheera' and 'Rowdy Rathore', which exhibited the best parts of Hampi- It instantly became a hotspot for travellers. Besides that, it is also one of the most affordable New Year destinations in India to visit this 2020!

Positioned just south of Goa, the tropical paradise often surprises visitors with its depth in Indian culture, variety in the beautiful scenery, and calmness in lifestyle. An experience that will help you reinvigorate, reconnect, and immerse in the warmth of rustic settings with a big heart. It is also one of the best beach destinations to travel in New Years in India on budget.

Goa is presumably the most popular place and also one of the affordable destinations among all the New Year holiday destinations in India. Well, many have a misconception that Goa tour is expensive. Well, that's not true! Travellers from all around the world fly to this tropical heaven, which is home to picturesque beaches, artistic churches, and mouthwatering cuisine.

Kerala is not just a state in Southwest India but a fantasy of land that once acted as a gateway to westerners! Moreover, over the years, it has blossomed into a peaceful haven with a warm and welcoming heart. From backwaters of Alleppey and Edakkal caves in Wayanad to beaches in Varkala and serene plantations in Munnar - Kerala offers anything and everything, making it one of the best affordable New Year destination in India for a grand vacation.

Mumbai is genuinely known as the epitome of entertainment, luxury and nightlife in India. There aren't many hotspots to celebrate New Year's eve like Mumbai. It is one of the best budget-friendly New Year destinations in India, that is sure to sweep you off your feet in wonder and appreciation of the style. Be it the extreme experiences, nightlife, Mumbai food, or culture- Mumbai is quickly winning over tourists from every corner of the world.

After initially gaining its notoriety as the land of the forts and tombs, Agra has now started to develop a vibrant tourist environment where tourists can not only watch the world heritage sites, but also experience the nightlife, immerse in the local culture, and enjoy exquisite cuisine. Agra is considered to be one of the affordable destinations for the New Year.

Just like its cultural counterpart Agra, Jaipur, also made a host of changes in the past decade make the city more tourist-friendly. Along with an increasingly cosmopolitan crowd of travellers flocking into the pink-city, Jaipur has a rich source of natural and human-made wonders like palaces and forts built by Rajputs, and vast and peaceful desert land of Pushkar to keep its visitors interested.

Far-famed as the IT capital of India, Bangalore is also among the best destinations for budget-friendly family vacations. Well-known for a perfect mix of lush parks, futuristic buildings, unbelievable diversity, and a thriving tourist economy- Bangalore has always been on the favourite New Year vacation destinations for Indians looking for an adventure on a smaller budget. It is one of the best Indian destinations to visit during the New Years!

Delhi is one of the best budget-friendly New Year destinations in India. Lifting the air of mistrust and strangeness about Delhi is a significant step in making travellers see the authentic beauty and grandeur of the capital city. Places like Chandini Chowk, Qutub-Minar and Red Fort highlight the long-forgotten Indian culture, hospitality, and distinction that is often overshadowed in the media, making it one of the best new year holiday destinations in India.

Liberal attitude is one of the essentials that every tourist needs to have while on the lookout for New Year destinations in India. Earlier seen mainly as a spiritual hub for affluent retirees or pensioners; Puducherry is now gradually casting its image of serenity and slowly growing into a vibrant getaway, that is opening its doors to all kinds of tourists, that are inquisitive to know more about the Art-Of-Living culture. It is one of the most inexpensive places to travel for New Years' in India.

Comments
Read more about: india new year budget travel
Other articles published on Dec 27, 2019
We use cookies to ensure that we give you the best experience on our website. This includes cookies from third party social media websites and ad networks. Such third party cookies may track your use on Nativeplanet sites for better rendering. Our partners use cookies to ensure we show you advertising that is relevant to you. If you continue without changing your settings, we'll assume that you are happy to receive all cookies on Nativeplanet website. However, you can change your cookie settings at any time. Learn more
Change Settings Continue