Nativeplanet
»
Travel guide
»Reasons To Visit Yavatmal: The Tucked Away Gem In Maharashtra - Tempted Yet?

Reasons To Visit Yavatmal: The Tucked Away Gem In Maharashtra - Tempted Yet? 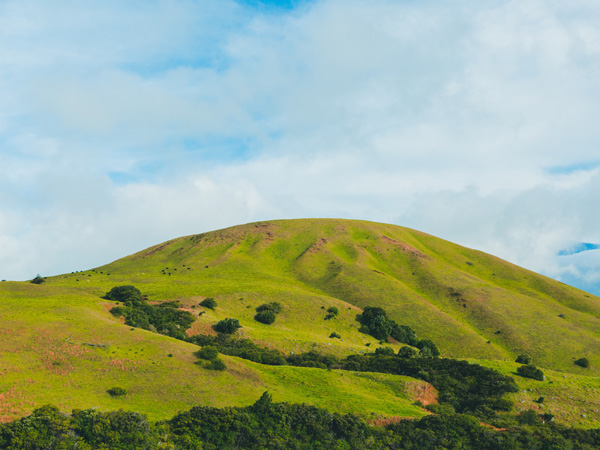 From archaic historical essence to magnificent natural vistas, Maharashtra is a state that has so much to offer to its visitors. Yavatmal, usually, does not make an obvious choice for a break in Maharashtra, but this little place is bound to leave you mesmerized with the heterogeneity of travel experiences it has to offer. Yavatmal has an interesting history of being ruled by the popular dynasties of the Mughals and the Marathas, whch shaped the town's development and culture in its own unique way. There is something to suit every taste, no matter what kind of traveller you are. Nestled in the north eastern division of the state, Yavatmal is a melange of majestic shrines and incredible natural vistas. The name Yavatmal, literally translates to 'yavat', meaning 'mountain' and 'mal' which means 'row', in Marathi. Curated with much passion and research, here are some of the incredible places and experiences the town has to offer. Don't miss out on these and explore the less explored.

The winter months make for the most suitable time to visit this town. In the months of and between October to February, the weather remains pleasant with the average temperature soaring from 20°C to 25°C.

How To Reach Yavatmal

By Air: The closest airport to Yavatmal is the Sonegaon Airport, located at Nagpur, Maharashtra, which is at a distance of about 138 km from the town. Frequent cab services are available from the airport.

By Rail: The Pulgaon Railway Junction, located at Pulgaon, Maharashtra, connects Yavatmal to all the major cities of the country. This railhead is located at a distance of nearly 43 km from the town.

The Tipeshwar wildlife sanctuary, in Yavatmal, named after the Hindu Goddess Tipai, is also popular by the name of Green Oasis of Maharashtra. The Tipeshwar wildlife sanctuary is the habitat of many endangered and endemic species of plants and animals. This wildlife sanctuary is also a natural habitat of near about 110 species (specified so far), like wild boar, chital, wild cat, blackbuck, sambar, hare, blue bull and so many others. Sprawling over an area of 148 sq km, it also boasts of a different floral life like the southern tropical moist mixed forests and the green pastures that consist of a hilly terrain and shrubs. The sanctuary is enveloped by tall trees of teak, timber, aola, ain and other moist and dry deciduous trees. The cascading stream of the Konkan waterfall bestows the sanctuary with an incredible view.

The sacred temple of Kalamb Shri Chintamani Ganesh Mandir makes for one of the most spiritual sites and a revered pilgrimage for the Yavatmal locals and devotees all over the world. It is one of the 21 Kshetras of the hindu deity Lord Ganesh, all across the country. This pious shrine consists of an underground temple dedicated to the figure of Chintamani. The water basin of the temple is popular by the name of ‘Ganesh Kunda'. The peace and tranquility that prevails in the environs of this place, makes this spiritual sanctum a must-visit spot for the travellers.

Erected in the fond memory of the veteran freedom fighter and social activist, the late Maharashtra Minister Shri Jawaharlal Darda, the Prerna Sthal with its beautifully curated garden with cultivated plants and flowers, fanning out for over 80,000 sq ft, is a major tourist attraction in the town of Yavatmal. The place attributes to the qualities of nature, music and humanity, as a homage to the late Jawaharlal Darda's character.

With long wide stretches of greenery, the Prerna Sthal is considered as the place where one can go and spend some quality time with their near and dear ones. Prerna Sthal, coupled with refreshments and eatables available in the area, makes for a great place to go for the lazy evening strolls or just hang out for sometime. Prerna Sthal today stands as a live memorial of the veteran freedom fighter, where people can pay their homage, and it also hosts a number of activities from yoga to live concerts performed by world-renowned musicians.

Comments
Read more about: yavatmal maharashtra wildlife
Other articles published on Jan 11, 2019
We use cookies to ensure that we give you the best experience on our website. This includes cookies from third party social media websites and ad networks. Such third party cookies may track your use on Nativeplanet sites for better rendering. Our partners use cookies to ensure we show you advertising that is relevant to you. If you continue without changing your settings, we'll assume that you are happy to receive all cookies on Nativeplanet website. However, you can change your cookie settings at any time. Learn more
Change Settings Continue