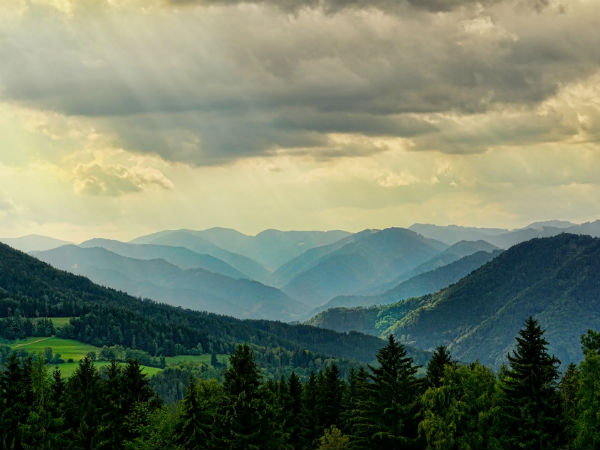 The cooler breeze from the Bay of Bengal will bring rains and much relief to the sun-baked Kolkata City and places of West Bengal. The mid-monsoon month i.e. July is great for traveling to nearby places in West Bengal in July with your loved ones. The following is a list of 10 best places to visit in West Bengal in July. Have a look!

Duarsini is located around 13 km from Bundwan town in Purulia district has forest dotted with Ahal and palash trees. River Satgurang flows across it. Tribal villages of tribes like Santhal, Munda, Shabaradh, and Kheriya also are attractions because of their culture. The jungle is an interesting place to visit, where wild animals like Bear, Wild Pig, and herds of Elephants, Hyena, and Wolf. Group of Elephants may come out from Dalma to visit Duarsini. Bhalo Hills, which is 3 km from Duarsini has ancient civilization remains.

Tajpur is 170 km from the state capital Kolkata located in Purba Medinipur, West Bengal, on the shore of Bay of Bengal not far from Digha. Tajpur has dense forest of tamarisk trees that is spectacular to watch. The beach has lot of red crabs which take walk and make the beach their playground.

Rajabhatkhawa is the gateway to the famous Buxa Tiger Reserve is located just 15 km from Alipurduar. It is surrounded by green forest and several things can be experienced altogether like Bird watching, jungle safari, trekking and wildlife watching. 4 km trek through the forest trail, takes one to Rover's Point which is famous bird watching destination. Migratory birds also add a charm to this place and draws tourists. Buxa Tiger Reserve is striking place as it has rivers flowing through to supplement the beauty.

A village with its sacred traditions that has become a holy place of pilgrimage is Jayrambati. It is a town in Bishnupur subdivision in Bankura district, West Bengal. It is a holy village because Sarda Devi wife of Ramkrishna was born in this very village. White marble statue of mother has been installed in the temple. Nearby this temple is Naranarayan Temple where a child of below 5 years of age is worshipped as "God Narayan".

If we break the word in two ‘Jagat' actually means ‘the world', and lepcha is tribe name so together word means world of the lepchas. Situated 19 km away from Darjeeling hill town and takes only about 45 minutes by taxi. So, one can visit here while staying in Darjeeling. This place has dense forest area full with conifers like pine, oak and rhododendrons. Along with gleaming view of Kanchenjunga peaks, and amazing birdlife and tranquillity that awes you this place gives you happiness in wonderful way. Not many shops or other nightlife attractions so one can enjoy the quietness to oneself. Hawa Ghar which is about 1 km can be trailed by walk for fitness lovers

Where small streams, natural forests, tea gardens come together to form a breath taking landscape is place called Samsing. It lies 18 km from the Neora Valley National Park. Plains merge and rise to take shape into the Himalaya. One of the places where many tourists stay overnight is Suntalekhola which is about four kilometres further up the road from Samsing where the road ends close to a small stream named on the place itself in the village of Faribasti.

Dooars is considered the gateway to the hill stations of the Darjeeling and the word itself is derived from "doors" meaning in the literal sense gateway. It is famous for its rich biodiversity and forests, prominent ones in the area include Gorumara National Park, Jaldapara Wild Life Sanctuary, Buxa Tiger Reserve. Also located in this region are Manas National Park in Assam, Chapramari Wildlife Reserve and the Mahananda Wildlife Sanctuary. One place of attraction that lies 30 km from Alipurduar is Jayanti, which has beautiful meandering river and green hills.

A serene place to rest in a bagan bari on the banks of Ichhamati is Taki in West Bengal's North 24 Parganas district. It is a municipality under the Basirhat subdivision. Mid-river experience of meeting the countrymen of Bangladesh, on the Ichamati River, is worth experiencing as tourists from both countries ride on wooden boats to get a close view of the other side. Ruins of zamindar houses, Golpatar jungle and General Shankar Roy Chowdhury's Adi Bari are places that cannot be ignored. Few temples are also around the place that deserve visit like Ramkrishna Missions, Kuleshwari Kali Temple, 300 years old Jora Shib Mandir.

A ruined fort located in the eastern part of India less than an hour drive from Asansol at the foot hills of Panchkot in the district of Purulia, West Bengal. The place has history of being attacked by bargis. Lot of herbs and medicinal value plants species are Amloki, Gurmar, Bahera, Kalmegh, Satamul, Sarpagandha, Jastimadhu, Neem, etc. Damodar in monsoons is full to its brim and bird watching and walking along its bank is pass time that people do.

Chandraketugarh gets the name from King Chandraketu whose civilization had flourished here for six eras. Fort was built by King Chandraketu and is considered beautiful archaeological structure of the region. Ancient Greek and Roman writers called ‘Gangaridai could have known site and surrounding area. The mythical ancient temple dedicated to Khana and Mihir has has only a flight of stairs and the walls as the remnants of the building. The ruined four-foot thick walls reveal the grandeur of the temple.

Comments
Read more about: west bengal july
Other articles published on Jul 15, 2020
We use cookies to ensure that we give you the best experience on our website. This includes cookies from third party social media websites and ad networks. Such third party cookies may track your use on Nativeplanet sites for better rendering. Our partners use cookies to ensure we show you advertising that is relevant to you. If you continue without changing your settings, we'll assume that you are happy to receive all cookies on Nativeplanet website. However, you can change your cookie settings at any time. Learn more
Change Settings Continue