10 Best Places To Visit In South India In June 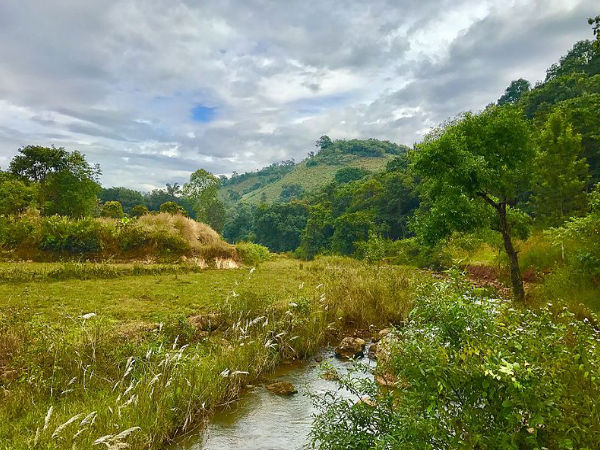 The summer fervour subsides and the chill rain admixes with the misty air in June; it brings much-required relief to the travellers and tourists who're on their quest to savour the monsoon season in South India in December. From the invigorating green sceneries to cascading cataracts, and from the mist-covered valleys to the breezy road routes, here's a list of 10 best places to visit in South India in June . Have a look!

Popularly known as Udhagamandalam or Udhagai, Ooty remains one of the top romantic places to visit in South India in June. Much famed for being a host to the annual flower show in the Botanical Gardens, and the Nilgiri Mountain Railway, Ooty is the most celebrated hill stations in the heart of Tamil Nadu.

Chances are high that most of you didn't know till now that such a place exists in India. Located in the northern region of Karnataka, Sirsi is one of the best monsoon destinations to visit in June in South India and famed for its peaceful vibe and dense forests which are encompassed by many cascading waterfalls.

Settled in the occidental region of Karnataka, Chikmagalur is one delightful hill station that owes much of its notoriety to the coffee plantations, Baba Budan Giri highlands, and its soothing weather. Comprising of vast and refreshingly verdant panoramas, Chikmagalur by far is one of the incredibly scenic places to visit in South India during Monsoon, which is yet to be traversed by a traveller.


Not too far from the famous Munnar, lies another hidden gem which is the hill station of Devikulam. Set in the heart of Idukki district, Devikulam offers a rare mountain experience that surrounds one with never-ending green landscapes, cool breeze, and unspoilt environs which is rich flora and fauna.

Perched high at a height of 5,200 ft., Munnar is one hill station which is renowned for its rejuvenating environs and its tea plantations. Located in the Idukki district of Kerala, Munnar happens to be one of the best honeymoon places to visit in June in South India as well due to its natural charm and stunning attractions.

Assuredly, Alleppey is one of the best monsoon hotspots to tour in South India in June that needs neither marketing gimmicks nor an introduction to those who call themselves as nature adorers. Bestowed with natural backwaters and lush greenery all around, Alleppey is renowned for its backwater cruising in a roomy houseboat which is a must experience when in Kerala during monsoon.

Comments
Read more about: south india june
Other articles published on May 20, 2021