10 Best Places To Visit In Sikkim In December 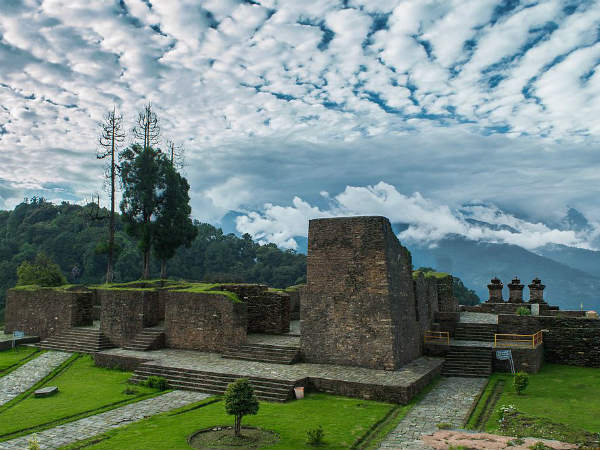 Hills, channels, rolling foothills, verdant meadows, and the spellbinding nature, make Sikkim one of the most sought-after places for the travellers to spend their vacations in December in India. Sikkim feels like every bit of heaven during the winter season, it is a great escape to beat the usual cacophony of city life. From the famous Nathu La Pass to the highest lake of Gurudongmar, there are various such attractions in Sikkim that will surely make your winter holiday a memorable one!

Here are the ten best places to visit in Sikkim in December 2020!

An astonishing nature sanctuary located in the heart of North Sikkim, the Yumthang Valley of Flowers is all about the perfect balance of flora and fauna. Featuring hot springs, rivers, valleys, vast pastures, and yaks strolling through the breathtaking meadows, Yumthang Valley is one of the must-visit tourist places in Sikkim in December for all the travellers. Time your visit well so that you can witness this valley at its most magnificent when the red, pink, and purple rhododendrons are in full bloom.

Set at an elevation of 14,140 ft., Nathu La Pass is a high mountain pass that undoubtedly happens to be one of the best places to visit in Sikkim in December. Considered to have been a part of the former silk route, this elevated mountain pass connects the state of Sikkim to the autonomous region of Tibet. Bound by snow during the late winters, it is worth a visit in monsoons even though chances of witnessing snowfall are less. You can acquire the pass required to visit Nathula via any certified tour operator in Sikkim without any hassles.

Much famed as the Changu Lake or the Tsongmo Lake, the famous Lake Tsomgo is perched beautifully at an elevation of about 12,310 ft in the eastern district of Sikkim. Located at a distance of about forty odd kilometres from Gangtok, it is one of the perfect places to visit in Sikkim in December as it makes local sightseeing a joyful experience, unlike winters when the river is frozen and the temperatures are freezing. Enveloped in the most brilliant hues of colours, it also makes up for a charming spot for photographers and filmers.

For those who are fond of the ever-charming Red Pandas, Singalila National Park is one of the best places to visit near Sikkim during winters for them. Set on the Singalila Ridge that stands tall at a height of about 7000 ft., the Singalila National Park is also famed for housing the popular Sandakphu trekking route. While a major part of this national park lies in Darjeeling, Singalila shares its border with Sikkim from the northern region. It is home to some of the country's rarest and most exotic animal species like the Chinese Pangolin, Chinkara, Clouded Leopard, Black Panther, as well as bird species like Scarlet Minivet, Satyr Tragopan, Blood Pheasant, Slender Billed Babbler, and many more.

Perched high at an impressive altitude of 17,800 ft., Gurudongmar Lake is not only one of the highest lakes in India but also in the world. Much famed to be a sacred site for Hindus, Sikhs, and Buddhists alike, your holiday is incomplete without exploring Gurudongmar Lake which happens to be one of the astonishing places to visit in Sikkim in December. Bordered by snowy peaks, the striking blue, green, and grey colours of this lake never fail to surprise nature lovers and explorers.