10 Best Places To Visit In Madhya Pradesh In May 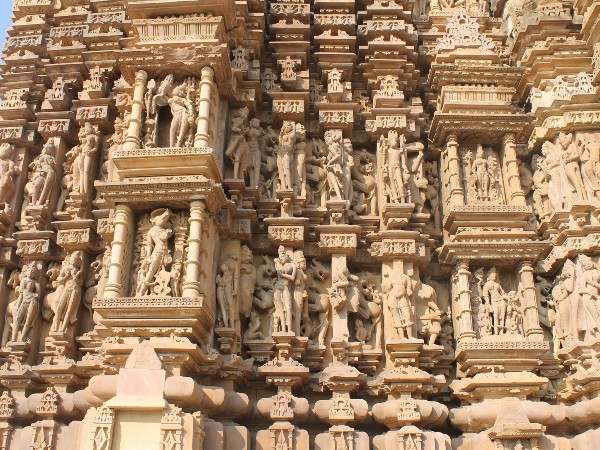 The rich history and cultural heritage of Madhya Pradesh, make it one of the most loved states in the whole of India. Often referred to as the "Heart" of India, Madhya Pradesh is home to some of the most beautiful examples of Indian architecture as well as some of its most stunning earthly delights. From magnificent heritage sites and archaic temples to wildlife reserves and bustling cities, there are plenty of reasons to visit this incredible land. Whether you're travelling solo through India or looking for a week-long trip with your loved ones, Madhya Pradesh has everything you could need and more.

We have compiled the ten best places to visit in Madhya Pradesh in May. Have a look!

A notable highlight of Madhya Pradesh tourism is its invigorating wildlife sanctuaries, and Pench is unquestionably one of them. Spread across a sprawling 760 sq km, Pench National Park is a rich territory of biodiversity with exotic and endangered species. Also known to be a haven for the Royal Bengal Tigers is believed to be the background for Rudyard Kipling's, The Jungle Book.

Located on the banks Shipra River, Ujjain is one of the exciting towns of Madhya Pradesh. Ujjain, one of the most famous Hindu sacred centre, is aptly recognised as the 'temple town of India'. It boasts of marvellous temples representing Bundela art and architecture. People mostly explore this place to attain divine peace and quietness. Also notable for hosting the immensely successful Kumbha Mela.

The Kanha National Park is an abode to exotic and endangered animal species, such as Swamp deer and Barasingha. Kanha is among the best places for nature lovers, the forest area encompassing Sal & Mahua trees is associated with spotting tigers, blackbuck, and deer. People who love adventure & thrill can head out for evening safaris, spend a night in homestays, and try the local drink - Mahua.

Comments
Read more about: madhya pradesh may
Other articles published on May 5, 2021