10 Incredible Places To Visit In Madhya Pradesh In July 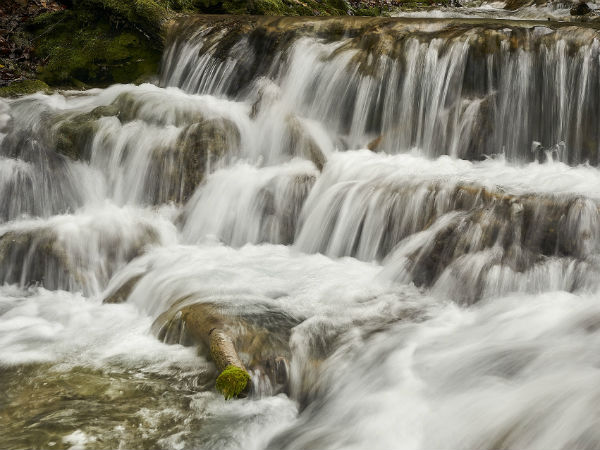 Lined up for you are some very popular hotspots and destinations to enjoy the mid-monsoon - July in Madhya Pradesh. Have a look!

Kanha National Park is so enticing that it spurred the renowned novelist Rudyard Kipling to pen down his best-seller ‘The Jungle Book'. Nearly rare and extinct animal species like Barasingha and Swamp dear dwell at this national park in their natural environment. People swarm this famous wildlife holiday destination in Madhya Pradesh in July to spot royal Bengal tigers which inhabit here in good numbers. Over 400 species of birds, including rare and exotic, are found here.

As you visit the Rock Shelters of Bhimbetka, you will be delighted to get the flashes of the bygone era of the historic India. Listed as a UNESCO World Heritage Site, this popular hotspots in Madhya Pradesh scrupulously showcase the start of the South Asian Stone Age. The name of the place translates into the ‘Sitting Place of Bhima', one of the pre-eminent characters in Mahabharata. Artistic and distinctive 25,000 years old murals adorn the 500 caverns out of the total 750 caves available.

Khajuraho manages to fascinate all with a wondrous display of Indian art and architecture. Khajuraho Group of Monuments in Madhya Pradesh in July are a must-visit for any history geek and art enthusiast. The ecstasy offered by these UNESCO World Heritage Sites is simply incomparable. Complex carvings and the erogenous sculptures will make you fall in the love with the craftsmanship of the past era.

Mandu or Mandavgad is a treasure trove of architectural wonders and history dating back to 6th century BC. The magnificent temples add a majestic charm to the city. Also alluded as the ‘Hampi of ancient India', the quaint town is one of the must-visit destinations in Madhya Pradesh. Historic Afghan masterpieces adorn the quaint town. With a ship that never sails, Mandu reminds you of the childhood stories you would have probably heard of.

Holding the epithet of the ‘Queen of Satpura', Pachmarhi is the only hill station in Madhya Pradesh. A myriad of history and several attractions, the hill station is the perfect option to spend memorable vacations. Listed in UNESCO Biosphere Reserve, the place is so irresistible that even the Pandava brothers from the Hindu epic Mahabharata, spent a few days here during their exile.

The sublime beauty of Chitrakoot brings lots of tourists to the popular tourist destination in Madhya Pradesh. The majestic city finds mention in the Hindu epic Ramayana as the dwelling place of Lord Ram and Goddess Sita during their exile. It is due to this reason that many people consider it to be a sacred town. Holding the title of the ‘Place of Many Wonders', the city got its name from the presence of Cheetal (Deer) in the area.