12 Best Places To Visit In South India In June 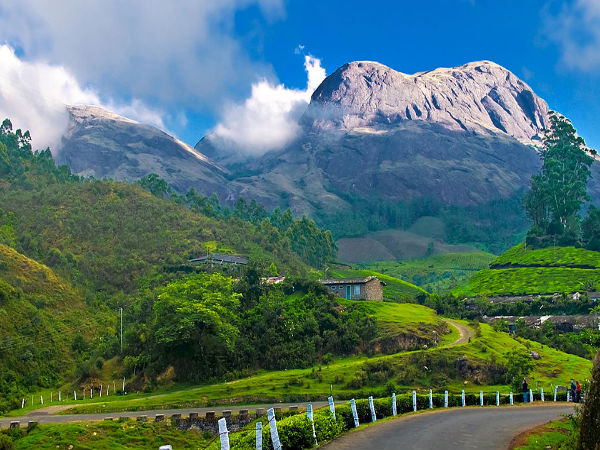 If you are anticipating for the drizzle and mizzle to be in their prime in India to plan a voyage; it's time! And if you fancy tourists destinations with lesser rainfall, we have those as well. Don't just delay planning a trip because you can't settle with places to visit in June in India. Lined up for you are some very renowned yet beautiful monsoon destinations to enjoy this June; take advantage of the off-season prices too!

Here are 12 best places to visit in South India in June!

Chances are high that most of you didn't know till now that such a place exists in India. Located in the northern region of Karnataka, Sirsi is one of the best monsoon destinations in South India and famed for its peaceful vibe and dense forests which are encompassed by many cascading waterfalls.

Undoubtedly, Alleppey is one of the best places to visit in South India in June that needs no introduction to those who call themselves nature lovers. Blessed with pristine backwaters and greenery all around, Alleppey is famous for its backwater cruising in a houseboat which is a must experience when in Kerala.

Settled in the western region of Karnataka, Chikmagalur is one natural haven that owes much of its popularity to the Baba Budan Giri ranges, the coffee plantations, and its weather. Encompassing of vast and refreshingly green landscapes, Chikmagalur by far is one of the best places to visit in South India during June which is yet to be explored by travellers.

Perched high at a height of 5,200 ft., Munnar is one hill stations which are renowned for its rejuvenating environs and its tea plantations. Located in the Idukki district of Kerala, Munnar happens to be one of the best honeymoon places to visit in June in South India as well due to its natural charm and stunning attractions.

Popularly known as Udhagamandalam or Udhagai, Ooty still remains one of the top romantic places to visit in South India in June. Much famed for being a host to the annual flower show in the Botanical Gardens, and the Nilgiri Mountain Railway, Ooty is the most celebrated hill stations in the heart of Tamil Nadu.

An immediate rival of Ooty and located in the district of Dindigul, Kodaikanal is one hill station which is famous for being surrounded by hills on all sides. Literally translating into the "Gift of the Forest", the Kodaikanal Lake is the most popular attraction which is a manmade lake built in the shape of a star.

Located deep within the interiors of the Pathanamthitta district in Kerala, Gavi is one of the most offbeat places to visit in South India in June. Set within the premises of the Ranni reserve forest, Gavi forms an integral part of the Periyar National Park.

Set in the district of Visakhapatnam, Lambasingi is one of the lesser-known yet one of those places to visit in South India in June that offers scintillating experiences. Much famed to be the Kashmir of Andhra Pradesh, Lambasingi is probably the only place in the entire state where snowfall can be witnessed.

Comments
Read more about: south india june monsoon
Other articles published on May 27, 2020