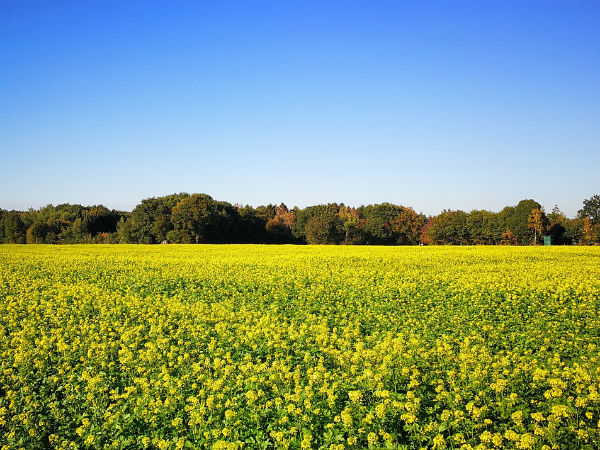 One of the major districts of the state of Punjab, Jalandhar is enriched by three rivers, Sutlej, Beas and Ravi. Did you always want to know why the place is called 'Jalandhar'? Well, we have two answers to the question. During the time of the 'Mahabharata', Jalandhar was referred to as 'Prasthala' whereas another legend says that it was named after a demon - Jaldhar. However, if you break the word into two, 'Jal' means 'water' and 'Andhar' means 'inside'. So, it means an area inside water which is actually a well-cultivated plain between the Beas and Sutlej rivers.

Jalandhar is a widely progressing city of Punjab which is surrounded by Ludhiana in the east, Kapurthala in the west, Hoshiarpur in the north and Ferozpur in the south. Currently, Jalandhar is a popular destination of Punjab which has a strong hold on the rapidly growing industries and is also well-known for sports items, iron re-rolling mills and steel, electrical and rubber goods, automobile parts, handicrafts and handlooms. It is 146 km from Chandigarh and 84 km from Amritsar.

How To Reach Jalandhar:

By Road: This is considered a very good means of transport as Jalandhar is well-connected to the rest of Punjab and other neighbouring states via properly maintained roads. There are government and private buses from Himachal, U.P., Jammu and Kashmir as well as Rajasthan.

By Rail: The rail service is also extremely good as it connects the key cities of Jammu, Kolkata, Nagpur, Mumbai, Puri and Delhi with Jalandhar. Located on the Delhi-Amritsar railway line, it is called the Jalandhar Railway station. Local trains can also be availed which join it to various parts of Punjab.

By Air: The closest airport shall be Raja Sansi Airport in Amritsar as Jalandhar cannot take credit for its own airport. This one which is the closest is around 90 km from Jalandhar. The Chandigarh and Ludhiana airports are also close by located at a distance of about 134 and 59 km, respectively.

What is that you think will compel you to visit the city of rich cultural heritage? There are numerous tourist attractions which shall captivate your interest. Let us throw some light upon each one.

The grand mausoleum is around 800 years old and is named after the great saint - Imam Nasir. This ancient monument has marvellous architecture and the historical relevance it depicts is also quite attractive. Beside it, you can also spot a 400-year old Jama Masjid which is significant for the Archaeological Survey Of India.

The Mughal style is highlighted in the two monumental structures. Did you know that the place was deemed all the more holy when Saint Faridji took refuge in the dargah for 40 days? There is a clock tower in the double-storeyed mosque which catches the eyes of the on-lookers. The soothing surroundings and the refreshing gardens spellbind the devotees and the best time to visit is definitely during the various Muslim festivals like Eid or the month of Ramzan.

You shall breathe the lively spirit of festivity and dance to the tunes of merriment. The winter months are excellent for a visit as the summer months are hot and humid and thus should be avoided.

This magnificent monolith is the temple of Vrinda, who was the wife of Jalandhara. You can view it in the Kot Kishan Chand locality of the city. It is said to comprise a tank which was the bathing place of the demons. This is one temple which has been present even before the city of Jalandhar came into existence. You shall find cleanliness in every nook and corner of the temple and Arti, flowers and Prasad are offered by the devotees as a sign of their dedication to the deity. Morning prayers are also conducted and hymns are sung by all. Temples in the vicinity have also become quite famous. Annapurna Devi who is the Goddess of abundance is just a stone's throw away. The memoirs of Lord Shiva are celebrated by the Brahm Kund and a few other temples around.

You must have heard about the 'Harballabh Sangeet Sammelan'? It is always celebrated within the temple premises in the month of December. The 200-year old temple is located just 1 km away from the railway station and is solely dedicated to Goddess Durga. The recent renovation has made the temple look even more spectacular than before. If you move your eyes away from the main temple, you shall also spot the classic abode of Goddess Kali and an old tank which is deemed to be sacred by the Hindu devotees. The most amazing fact is that the temple replicates the Amarnath Cave Temple of Jammu and Kashmir! So, how about paying it a visit and showing it some love?

This temple located at the Gur Mandi was built by the Nawab of Sultanpur during the Lodhi Era. You must have seen a typical Hindu temple, right? The architecture of this one matches it exactly whereas the doors resemble that of a mosque. The blending of the two styles makes the temple unique. People feel so good from within on catching a glimpse of Lord Shiva that they believe it offers a solution to all their ailments.

How well-versed are you with Sanskrit words? Let us know about two words in context to our topics such as 'Jvara' and 'Shitala'. 'Shitala' means coolness and 'Jvara' means 'fever'. It is said that Shitala is the form of folk demi-goddess Katyayani. The story goes like this. When the demon Jvarasura inserted the bacteria of fever in the blood of children, Goddess Katyayani came in the form of Shitala to destroy the bacteria and cleanse the blood. She gave the sense of coolness to the victims of fever. It is an age-old temple of Jalandhar which pays a tribute to Goddess Shitala Mata. It is located near Balmiki gate and pilgrims flock in large numbers to pay a visit, especially during the months of August and September.

This museum turns a lot of eyeballs owing to its spectacular display of the memoirs of Bhagat Singh. At a distance of 55 km from Jalandhar, you shall be delighted to read inscribed notes of Bhagat Singh also. Referred to as the Shaheed-E-Azam Sardar Bhagat Singh Museum, the place celebrated its inauguration ceremony on 23 March 1981. It was to commemorate the persecution of the freedom fighter which completed 50 years. It is located in Khatkar Kalian, the ancestral village of Bhagat Singh where there remains enclosed a lot of antique items which throw light upon his struggle for independence.

This church stands out as there is no other like it and had been initiated by the respected Pope John Paul II. This cosmo-cultural cathedral which is located in the Jalandhar Cantonment proudly flaunts the Punjabi tradition. This religious place of the Christians was built in the memory of St. Patrick by Rev. Fr. John MacDonnell in 1947. You can also call it the Mother Church of Punjab which was raised to the category of Apostolic Prefecture in 1955. Doesn't it give you a tingling feeling of joy to visit such cathedrals?

It is also referred to as the Nehru Park in Jalandhar. It is a favourite outing spot for families and friends to enjoy perks like a merry picnic or a gathering to make memories. It also comprises a library, clock tower and the statue of Mahatma Gandhi. The Bagh sees a huge crowd of tourists who are magnetically attracted to the well-maintained garden with sweet-smelling flowers. It is dotted with lush green vegetation and the look of it has been revamped with improved infrastructure and added elements like a play zone to compel the kids as well as seating arrangement and the facility of drinking water has been taken care of. Your knowledge of history shall be enhanced via the interesting books in the library and the provision of rain shelters, as well as lavatories, make the place all the more inviting and approachable. The statuette of Mahatma Gandhi has been carved in white stone and the beauty is carefully bordered by a fence while a brilliant example of engineering excellence is the clock tower. So, make sure you visit this place the next time you are in Jalandhar.

This is an attempt of the Government to provide the audience with infotainment in the form of 3D shows, laser shows and planetarium shows. A boat ride for the kids also adds to the fun element. Located on the Jalandhar-Kapurthala road, the place covers a total of 72 acres! People of all age groups can be guaranteed a good time as it comprises this globe which is actually made out of intricate 26 lakh rainbow-coloured tiles! Your eyes shall become wide at the presence of the 18-foot high model of a dinosaur as well as a GSLV missile. There is a health gallery which shall brush up your biology whereas the presence of an artificial lake shall organize your rendezvous with concepts of science along with boating.

It is a full entertainment pack for the family. Kids can immerse themselves in fun activities in the park whereas the adults can embrace the beauty of Mother Nature. They can relish the serenity of the place and take dips in the calmness it offers. Numerous varieties of birds and animals shall make any bird enthusiast and animal lover fall in love with them. It shall kindle the spirit of adventure in the kids whereas various food stalls shall enlighten your taste buds. The conventional gardens add to the scenic beauty of the Nikku Park and what could be more lovely than a fabulous fountain flowing away to happiness?

Do you miss the thrill which the rides gave you during your childhood? Those goosebumps which sent a chill down your spine when you stepped into the dangerous combination of rides in the amusement park as well as the slippery water rides bring back a lot of memories, don't they? Situated on the Nakodar Road in Jalandhar, the Wonderland Theme Park offers a lot of rides to increase your adrenaline rush like horror house, slide splash, carousal, paratrooper, Rambo train, bumper cars, boating and Hill Queen train. Water splashes are welcomed via the wave pool, bayside, waterfall, indoor aqua dance, activity pool, giant slide and many more. There are suitable arrangements for birthday parties and other functions as well.

Let us end with the Punjabi proverb 'Turreya Te Appareya' which means you will reach your destination once you start. So, book your tickets for Jalandhar soon!