Places To Visit in Republic Day in India In 2021 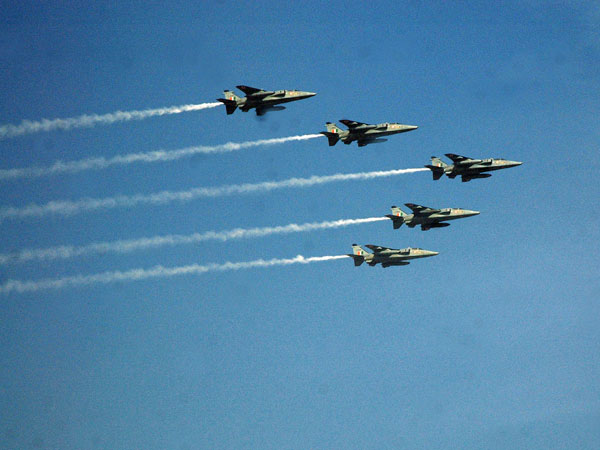 Republic Day is almost on us, which makes us list out all the amazing places in the Indian subcontinent, that have played a crucial role in the struggle for freedom movement in the country. On the occasion of Republic Day, tickle the patriotic spirit and pursue your wanderlust by visiting the places which have contributed in us becoming a free, independent, sovereign, secular, socialist, republic. So pack your bags and visit these places to pay homage to the martyrs and freedom fighters who lost their lives for us. Soak in the patriotic spirit and quench your wanderlust by stepping out this Republic Day to places that celebrate this national festival with utmost zeal and glory.

Delhi, being the capital city of the nation celebrates Republic Day like no other! From its elaborate iconic parades to the several monumental and heritage sites of immense historic significance, Delhi is the mother of all places across the country, for elaborate Republic Day celebrations. Attend the most important event that makes this day so special - the flag hoisting ceremony and parade at Rajpath. Book your seats and witness the vibrant and crowded parade at Rajpath. You can spend the rest of your day by exploring the amazing places to visit in Delhi.

With bloodshed and sufferings smearing on the pages of history of the city of Amritsar, when it comes to the freedom movement, Amritsar is of immense historical importance. Being home to Jallianwala Bagh and the Wagah Border, the place has witnessed some really gruesome deaths and is a grim reminder of the sacrifices and sufferings of the people who fell victim of the British Raj. The bullet holes on the wall of the public garden, Jallianwala Bagh, subsist as a sad reminiscence of the indiscriminate firing that took the lives of the unarmed citizens, assembled to celebrate the Punjabi New Year in 1919. A place of national importance, now houses an eternal flame, which is symbolic of a mark of respect for the people who lost their lives.

In the evening, head to the Wagah Border to witness the elaborate retreat ceremony of the 'lowering of the flags', which is being held every evening, since the year 1959. The B.S.F rangers from India and Pakistan perform an energetic parade, with exchange of sweets and delicacies on the event of Republic Day. The Wagah Border is the only road border crossing between the countries, India and Pakistan. Bring out the patriot in you, and join the personnel and sing patriotic songs. This is the place you definitely must visit on Republic Day and show your gratitude to the thousands of border security forces who put their lives at risk to save us.

Ahmedabad in Gujarat, being the hometown of the freedom fighter Mahatma Gandhi, witnessed India's struggle for freedom in a true sense. Pay homage and know more about Gandhi's role in India's history for freedom struggle by visiting the Sabarmati Ashram, located at a distance of 5 km from Ahmedabad. The Ashram, nestled on the banks of the Sabarmati river, is the epicentre for several Indian Freedom Movements such as Civil Disobedience, Non-Violence Movement and Swadeshi Movement. It is the place where Gandhi lived for near about 12 years. From the threshold of the Sabarmati Ashram, Gandhi began his Dandi March, also known as Salt Satyagraha in 1930. The movement was very important for India's Independence, where Mahatma Gandhi undertook the Salt Satyagraha to protest against the British salt laws. The Ashram now houses some original manuscripts of Mahatma Gandhi in the form of letters and articles. It is now transformed into a museum, so that the visitors can sneak a peek in Gandhi's life. The photo galleries and the museum of the Ashram have relics and photographs of Gandhi. On Republic Day, the people of the place gather together to hoist our tricoloured flag, which rekindles the patriotic spirit within.

The once infamous prison of the remote archipelago of the Andaman and Nicobar, the Cellular Jail, stands as a dark reminiscence of the British Raj in the Indian subcontinent. A well looked-after monument of national and historical importance today, it used to be the most dreaded and gruelling colonial prison, incarcerated in the middle of the sea, that was used by the British to atrociously torture prisoners, mostly serving life sentences in solitary confinement. The jail is now open for public visits as a National Memorial and a part of it is transformed into a museum. The museum houses an art gallery, a Netaji Gallery and a library on the Freedom Movement. The museum holds a display of the freedom fighters' photo gallery as well as an exhibition gallery. The Cellular Jail now stands as a reminiscence of the struggles and sacrifices of our freedom fighters. Only if the walls could speak, it would depict the sufferings of the prisoners, over the years of the colonial rule.