10 Best Places To Visit In Himachal Pradesh In June 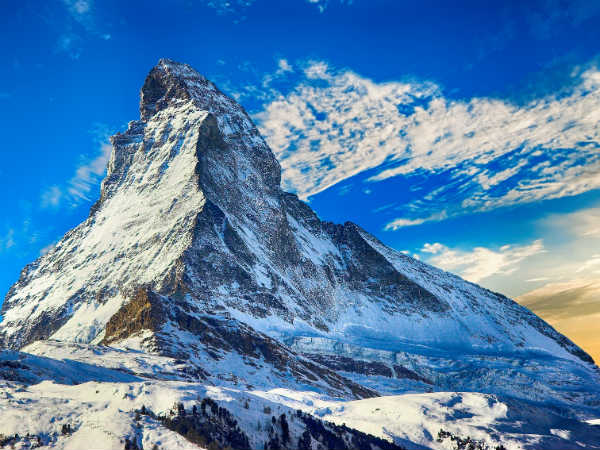 "The best place to find peace is in nature's lap!", and if you want to truly find respite from the cacophony of city life, you must visit the picturesque state of Himachal Pradesh. Cloistered in the lap of the mighty Himalayas, Himachal Pradesh is one of the most visited states in the country. Its kaleidoscopic beauty and mesmeric appeal will make you stare in wonder!

Kasauli is a small hill-town found on the way to Shimla from Chandigarh. The main highlights are cedar and pine forests, and sumptuous Victorian-style buildings that were erected in the colonial days. The environment is calm and delightful, which makes Kasauli a quick escape from the tiring city life.

The view of Victorian architecture set amid the gorgeous sceneries is simply breathtaking. The place features verdant tea gardens, deodar forests and several rivers. Palampur is a unique destination to visit in Himachal Pradesh in June. Therefore, it is also a less traversed place and offers many private experiences. Moreover, the villas and castles that still survive here tell the story of those colonial days.

Settled at an elevation of 6,500 feet, Khajjiar is a tiny plateau-town in Himachal Pradesh. With views merging thick forests, verdant pastures, and pristine pools, this place is often called the "mini-Switzerland of India". Khajjiar has some truly impressive temples that draw pilgrims and travellers alike. The adventure options offered here are also popular and include trekking, zorbing, paragliding, and horse riding.

Inundate yourself with the charming old-world charm and spellbinding sceneries of this small hamlet in the Himalayas, called Dalhousie. The excellent ambience created by Victorian architecture will teleport you to a different time-zone. Decked with pine trees and flowerbeds, Dalhousie, has an amazing amorous vibe that can soften even the stubbornest of hearts.

This scenic hamlet settled in the high mountains of the Himalayas is bestowed with some of the most captivating panoramas. The verdant meadows, densely forested valleys, the swift running water streams and everything that this place holds will surely make you appreciate the wonders of nature. This is also among those few places where you would find snow in Himachal Pradesh in June.

Shimla is one of the most visited places in Himachal Pradesh Pradesh in June. Settled at a height of 2200 m and most of the buildings finished in colonial architecture, this beautiful hill station exudes classic British vibes. This vacation capital of British, set amid mesmerizing mountains and thick forests is one of the most superbly planned Indian cities.

Settled by the banks of the Parvati River, Kasol is a scenic hamlet in the Parvati Valley of Kullu district. Far-famed as the "Amsterdam of India", Kasol is one of the best places to visit in the Himachal in March. The place is majorly preferred by adventure enthusiasts and nature admirers. This hill station is occupied by a large number of Israelis, so you would find many areas serving Israeli cuisine, and signposts on the roads with instructions in Hebrew. The sight of the stream flowing fast through the valley, encircled by huge mountains, pine trees and boulders lining the riversides, and cascades gushing down the mountains is simply incredible.

There's a panoramic valley encircled by the Himalayas, located at an altitude of 12,500 feet above sea level, known as the Spiti Valley; it is marked by twisting roads, snowy deserts, snow-clad mountains, and pristine streams. The place also has many artistic ancient Buddhist cloisters. Spiti is open only for 6 months a year through motorable paths. However, April is the best time to visit and explore the best of what the Spiti valley has to offer.

Comments
Read more about: himachal pradesh june
Other articles published on May 21, 2021