10 Best Places To Visit In North India In April 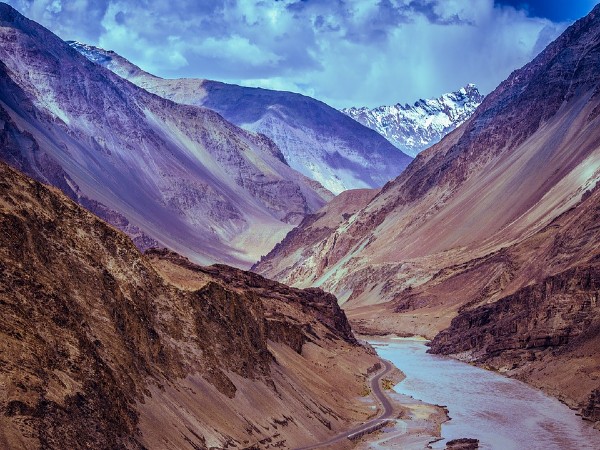 The joyous celebrations, beautiful weather, and colourful landscape make for some of the best places to visit in North India in April. The month of April marks the summer season in India. During the summer the exalted nature of the country unveils the most colourful panorama.

So, adventure seekers, family vacationers, couples or honeymooners; here is a list of the 10 best places to visit in North India in April for you.

The capital of a tiny northeastern state, Meghalaya - Shillong is endowed with an excess of rain all year long, but early April is the time when the rain gods decide to take a foot back and relax. On the surface, it may look like a typical modern Indian town, but its soul lies in its colonial-era architecture still prevalent in some sectors. One of the unique places to visit in North India in April.

One of the most interesting places to visit in India and declared as a UNESCO World Heritage site, Kaas Plateau is a mini valley of flowers in Maharashtra. After the rains are over, Kaas is one of the most wonderful places to visit in India which makes for a remarkable weekend getaway destination from Mumbai, giving opportunities for visitors to explore the outdoors. Trails along the valley would help you study the hundreds of species of flowers in the region.

Though it's in Rajasthan, the environs will be pleasant around Ranthambore in April. And since it's located between the Aravallis and the Vindhyas, the weather during March is pleasant for humans and all the lovely animals here to come out and play. Ranthambore may not be one of the quintessential places to visit during the summer in North India, but it's worth it!

Leh is a sublime world beyond the mundane we live in every day. With an exceptionally hospitable population welcoming tourists from all over into their monasteries and stupas, there are not many places to visit during the summer in North India that can provide the same serenity as Leh can. Since the district is located at an altitude of more than 11,000 feet, it needs some acclimatisation beforehand.

April is an excellent time to get your gear on and go snowboarding and skiing in the snow-clad meadows of Kashmir. Gulmarg not only becomes the hub of adventure activities in this season but also promises surreal landscapes and a clear night sky for those who want a peaceful vacation. It remains one of the most visited and beautiful places in North India.

Head to the hills of Sikkim along the Teesta River and reach the gorgeous capital city, Gangtok. The numerous hilltops such as Ganesh Tok and Hanuman Tok; monasteries namely Rumtek and Enchey monastery, and scenic viewpoints around the city of Gangtok are some of the top places to visit in North India. They make this location an absolute delight especially during April when the pleasant climate makes it the best time to visit Gangtok.

Get a taste of the hills of Himachal Pradesh during the pleasant summertime. The hill town of Kasol and the entire Parvati Valley is a hub of travellers throughout the year. During April, the best time to visit Kasol, the hikes around this town leading to other attractive places to visit in North India such as Kheerganga, Malana and Rasol offer the best scenic trails to adventure lovers.

This hidden heritage city in the heart of India is one of the choicest places to visit in North India in April for travellers interested in history, art and culture. The ancient temples and palaces around the city such as Raja Ram Temple, Jahangir Mahal and Rai Praveen Mahal are sure must-visit places to visit in North India for travellers in Orchha.

April is just the right time of the year to experience the wonders of nature at the Valley Of Flowers trek in Uttarakhand. 300 km north of Rishikesh, the trek starts from a distant village in Uttarakhand, Govindghat. The trek through the Nanda Devi Biosphere Reserve promises the valley in full bloom during the summer.