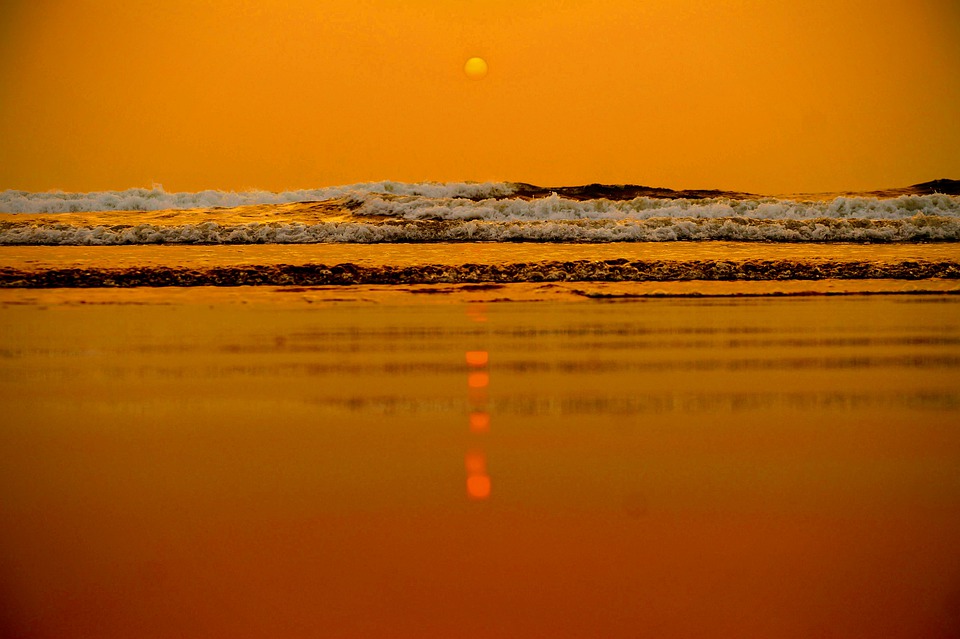 A pint-sized state - Goa, is gifted with pristine seashores, fascinating water villas on idyllic locations, lively locals and their cultural ethos. There are many surreal hotspots in Goa, and together they offer a mix of outlandish beach wonders and spine-chilling water adventures.

Here's a list of the 10 best places to visit in Goa in April 2021, covering beaches and lakes for the water babies; casinos for thrill-seekers; pubs and clubs for party-goers and natural bounties for explorers. Have a look!

This beach is recommended for those who are looking for a much-required respite from mundane work life. Unlike packed beaches like Calangute or Baga beach, Arossim Beach is quite the contrary. Apart from just being peaceful and clean, the beach is only decked with some scattered hotels and restaurants. This is also an ideal place to see the sun go down with a bottle of chilled brew.

Tito's Club is unquestionably one of the most sought-after places to visit in Goa in April. This is one of the fewer clubs where you can relish the true spirit of a nightlife.While it is surely not for the families, but you can always visit this happening place with your friends. Also, it is also quite affordable, and you don't need to spend a lot, to party at Tito's Club.

This beach paradise is quite the opposite of Ashwem and Arossim Beach. Apart from being the most famous, Calangute is also the most extensive beach in the entire Northern Goa. One of the reasons for it being the most celebrated tourist spot is because this beach is visited by people from all around the world.

While the Deltin Royale Casino is not surely among the goa's natural attractions but it is worth riding for. Now, let us see who doesn't love the casino and want to try their luck. The boat offers 40,000 square feet of area with about 800 gaming positions. It is important to know that you need to buy a complete package to get an admission and complete access to the casino.

The Aguada fort is settled at the Sinquerim beach in North of Goa, which is a well-maintained 17th-century Portuguese fort. The two major tourist draw of this fort includes the 13 m high tower and a circular reservoir which was once capable of storing 10 million litres of freshwater.

Apart from the Goa's seaside, there are numerous other places to look for, and the Chapora Fort is surely one of them. It has also been used as a location for several Bollywood movies including the famous movie ‘Dil Chahta Hai.' For everyone who strives for picturesque beauty, it is certainly one of the best places to visit in Goa in April.

Goa is all about culture, and the Churches of Goa are surely one of them to visit. Being one of the centre places of the Portuguese settlement, these architectural ornaments are worth a visit. These churches also hold great historical and cultural significance in Indian history. The Basilica of Bom Jesus is also listed under the UNESCO World Heritage Sites.

If you want to witness the true wonders of nature, there is nothing greater than the Pandava caves. The Pandava cave complex was built in the 6th century. The entire cave complex is divided into five compartments, and the entire cave holds a huge significance for its devotees. Another attraction that is associated with the cave is the Arvalem waterfalls, which falls from a height of 50 m, creating an awesome beauty.

While Goa might have a long array of Portuguese history along with some of the most famous churches throughout India, but the same goes for temples and mosques too. Especially the Ponda region of Goa is mostly famous for the 450 years old Shri Mangesh temple, which is dedicated to Lord Shiva, as well as the 16th-century SafaShahouri Mosque. Due to the presence of these churches and temples, Goa has also gradually become one of the most important religious tourist spots.

Dudhsagar means "a sea of milk." The Dudhsagar falls is also the 4th largest waterfall in India with waters running just like the milk. On the downside, there is no viewing platform from which you can have a clear view of the waterfall. However, it is worth a visit this April.