10 Places To Travel To In Gujarat In July 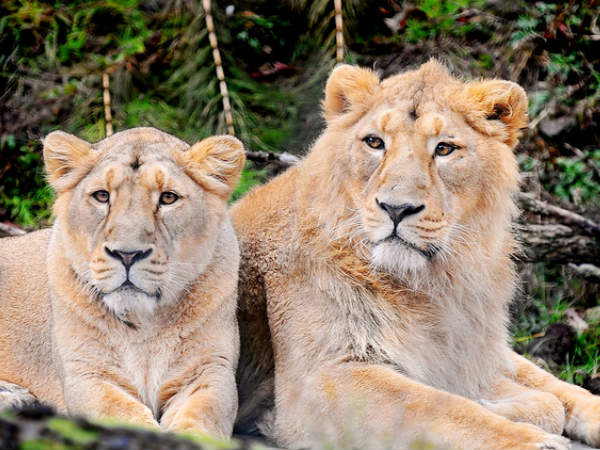 Most of the things that come to mind when you think of India can be found in Gujarat - forts, palaces, temples, vibrant art and crafts, marshy desert, and exotic wildlife. Due to its impeccable charm, Gujarat is far-famed as the 'Jewel of Western India.' Moreover, its tourism offers the best opportunities to traverse some of the splendid places present in the state. Here are the ten best places to travel to in Gujarat in July, that are suitable for every type of tourist and traveller in India.

Built-in tribute to the Sun God, this illustrious temple is one of the best draws of Modhera village. The Sun Temple was commissioned during the 11th century by the rulers of the Solanki Dynasty. Its grand display of architecture includes an assembly hall, the main shrine, and a splendidly sculptured flagged tank. Also, its structure is known to be similar to the other Sun Temple located in Konark. Moreover, Modhera also finds its mention in holy texts like Skanda Purana and Brahma Purana. And according to the fables, it is said to be blessed by Lord Rama and called the forest of virtue.

Located about 100 Km from Gandhinagar, Patan is a must-visit in Gujarat. This archaic fortified town was built by King Vanraj Chavda of the Chavda kingdom in 746 AD. Besides its historical significance, it hosts a UNESCO World Heritage Site called Rani ki Vav; which is decked with several other beautiful structures, including step wells, lakes, and temples; making it a novel destination for history buffs. Also, the bazaar and local markets here sell some beautiful Patola saris. Other tourist draws include Hemachandracharya Jain Gnan library, housing ancient Jain and Hindu scripts.

Nestled between the Sahyadri hills, Saputara is surprisingly the only hill station in Gujarat. The verdant hills and cool air are alluring, offering much-required respite from a humid and hot climate. Located about 170 Km from Surat, Saputara is packed with umpteen attractions. And during Monsoon season, this rolling hill station becomes even more beautiful and is an ideal destination for an adventurous soul!

Dwarka is one of the highly esteemed destinations of India, as it is part of the most sacred Char Dham (four abodes) of India. Also, known to be the classical realm of Lord Krishna. Due to its amicable environment and the divine vibe, this sacred city allures a considerable number of Hindu adherents. Dwarkadish Temple, Bet Dwarka, Rukmini Devi Temple, Jagat Mandir, Okha and Shank Narayan temple are some of the most prominent attractions here in Dwarka.

Gir National Park is one of the most-visited attractions in Gujarat because it is the only place in India where the great Asiatic Lion resides. Also, spotted deer, wild boar, chinkara, sambar, black-knapped Indian, striped hyena, jackal, rusty-spotted car and porcupine are other exotic wildlife species that can be spotted here. The Gir National Park offers wildlife safaris twice a day! And since it is abode to 260 species of birds, 524 lions, 250 leopards, 38 species of mammals, 200 insect species, and 37 reptile species; you may feel like traversing an animal realm.

Vibrant artwork and the widespread white marshy salt desert are two excellent hallmarks of the Great Rann of Kutch. For a night's stay, Dhordo and Hodka (two adjacent villages) offer eco-friendly accommodation. And spending a night in these heavenly places is truly once in a lifetime experience. Great Rann of Kutch is at its best during Rann Utsav which usually commences in October! Where one can partake in camel safari under a moonlit sky and indulge in some lip-smacking local savoury and sugary delights. A visit to this place is relaxing and rejuvenating.