Places To Celebrate Dusshera In India 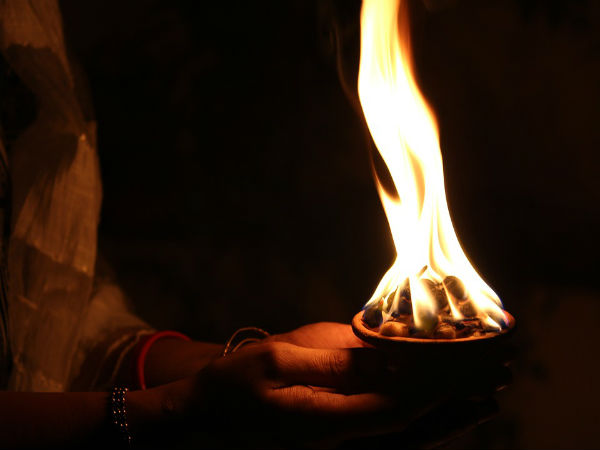 Dusshera is one of the most opulently celebrated festivals in India. The core of Dusshera celebration is the triumph of good over evil. Nevertheless, Dusshera in modern times has become a spectacle of decorations, dance forms, colorful attires, fireworks, and food. Dussehra is commemorated differently in different parts of India.

Here are a few places you can visit across India to witness unique ways of Dussehra celebrations:

It is the most awaited event in Gujurat's calendar, when the gleeful time arrives, Ahmedabad, the largest city and former capital of Gujarat, celebrates Dussehra with dazzling happiness and enthusiasm. Navaratri (nine nights) begins with bustling Garba dance; twirling to the beat of dhol and continues till the wee hours, as the locals dance the night away in merry. Palatable delicacies and midnight buffets make the event appealing, and leave a lasting impression on the tourists. Ahmedabad is one of the best places to visit in India during Dusshera.

Legion of stages set up for musicals and dramas light up Delhi into a majestic land of funfairs. And it is believed that these sacred musicals were initiated back in the 19th century by Mughal Emperor Bahadur Shah Zafar, which adds more value to Dusshera as a whole. Delhi creates an atmosphere like no other city in India with a magnificent display of fireworks, authentic food, colorful attires, musicals, dance shows, and bustling crowd. It is setting fire to a long and massive effigy of the demon, Ravan, that marks the end of Dussehra in Delhi.

Madikeri perfectly embraces its traditional beliefs with modern reflection to make Dushhera a spectacle of its own. Nothing feels satisfying than dancing to thumping music amid cool breeze and indulging in tasty Gobi Manchurian, Pandi curry and Madikeri's own, Coffee. Enacting dramas based on ancient plots featuring gods, goddess, and demons is one of the main attractions and amusement. Dusshera Celebrations combined with serene hills of Coorg makes Madikeri an ideal destination to visit this festive season.

Mysuru Dasara is celebrated with pomp and grandeur since its inception by the Vijayanagara Kings in the 16th century. Even to this date, the scions of the Vijayanagara empire uphold the tradition by orchestrating the big event in Mysore. Military parades, athletic competitions, and Jumbo Savari are a few awe-inspiring tourists attractions for the visitors. In the night, the Royal Palace, also known as Mysore Palace, lights up to become a triumphant beacon of good over evil.

Kolkata Durga Pujo is the biggest festival celebrated in West Bengal. Kolkata communally unites to set up pandals, demonstrate traditional dance moves, play fervent beats, and indulge in mouth-watering Bengali sweets. It transforms the city into a spiritual haven, emanating joy and happiness. It is a once in a lifetime experience for tourists and a grandest deja vu for the locals. Streets in the city showcase various statues of elaborately decorated Goddess Durga. The celebrations end with the immersing of the Durga idols in the river.

Dusshera Festival in Kullu is celebrated on a massive scale. Dhalpur Maidan is the venue where visitors and locals gather to celebrate the triumph of good over evil. But instead of burning the effigies of Ravan like in other Indian cities, locals in Kullu build a look-alike map of Sri Lanka on the River Beas with dry leaves, grass, and twigs. And this massive map of Lanka is burnt down to uphold Kullu's ancient beliefs and customs of Navaratri.

Comments
Read more about: india places to visit festival dusshera
Other articles published on Sep 23, 2019
We use cookies to ensure that we give you the best experience on our website. This includes cookies from third party social media websites and ad networks. Such third party cookies may track your use on Nativeplanet sites for better rendering. Our partners use cookies to ensure we show you advertising that is relevant to you. If you continue without changing your settings, we'll assume that you are happy to receive all cookies on Nativeplanet website. However, you can change your cookie settings at any time. Learn more
Change Settings Continue