5 Places In India Which Require A Permit To Visit 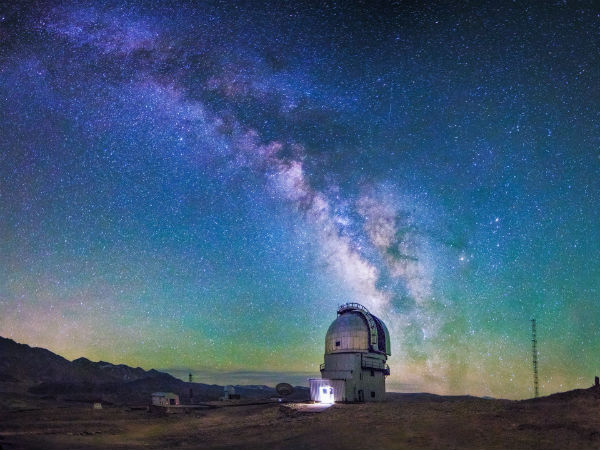 It is common understanding that one requires a visa while visiting foreign countries, but do you know that we require Inner Line Permits to visit certain remote and restricted location in our own country? Wondering why?

The Inner Line Permit is required for one to visit sensitive locations close to the international borders of India. This measure helps the authorities in regulating the movements of people at these areas and protect the tribal culture; it also helps in the minimising the chances of any sort of unappetising incidents and for security measures in general.

Renowned for its alluring landscape and pleasant climate, Mizoram in translation means the land of the hill people, which is the abode of various indigenous tribes. The state shares its international borders with Bangladesh and Myanmar.

The ILP can be procured from the liaison officer, Govt of Mizoram, in the following cities - Kolkata, Silchar, Shillong, New Delhi and Guwahati. For those who are entering the state by air, you can obtain the passes from the security officer on arrival at the Lengpui Airport in Aizawal.

The region of Ladakh in Jammu and Kashmir is a very sensitive location as it shares borders with Pakistan and China. While not all parts of the region are open to civilians, an Inner Line Permit is required if you wish to visit the restricted places, such as Dah, Pangong Tso, Nubra Valley, Khardung La, Tso Moriri, Tangyar, the villages of Hanu and several others.

The permits can be obtained from the DC office located near the polo ground of Main Bazaar in Leh town between 9.00 am & 7.00 pm. However, the forms must be submitted before 3.00 pm. One can also get the permits online, but they need to be stamped. Travel agents, too, can get the permits done for the visitors.

Lakshadweep in translation means one hundred thousand islands and is a union territory of India. The holm is located in the Laccadive Sea and was previously known as the Laccadive, Minicoy and Amindivi islands.

All passengers heading to the union territory must obtain a permit to enter; the permits are available in the official site of the islands, which is available free of cost and is valid for a period of 5 months.

The state of Sikkim shares its borders with three countries, China in the north, Bhutan in the east and Nepal in its west. The place does have a number of entry restrictions in place and one requires the ILP to visit the areas of Lachung, Tsomgo Lake, Yumthang, Dzongri, Goechala, Gurudongmar Lake and a number of other places.

The permits for Nathu La and Gurudongmar Lake are issued by the Tourism and Civil Aviation Dept and can be procured at the Bagdogra Airport and Rangpo Check Post. It can also be obtained from the official website of the state.

The land of dawn-lit mountains, Arunachal Pradesh is the north-easternmost state in India and shares its borders with Bhutan in the west, Myanmar in the east and China in the north. Every tourist requires a the Inner Line Permit to visit this beautiful land.

The permits can be obtained from the resident commissioner, Govt of Arunachal Pradesh, from the cities of Kolkata, Shillong, Guwahati and New Delhi. Apart from this one can also get the forms online.