Places connected to Ramayana- Dandakaranya, A blend of Natural beauty and Mythology! 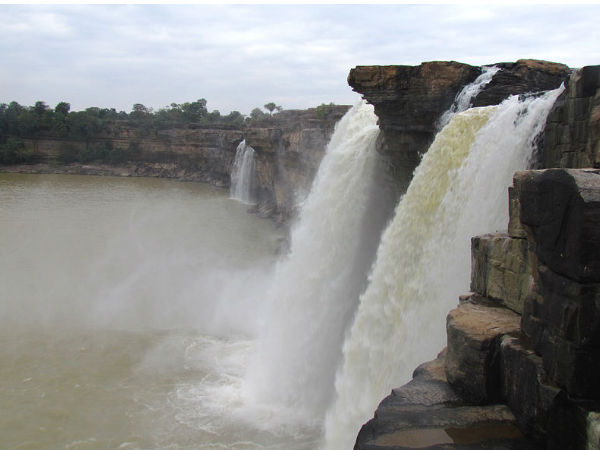 History has it that Bastar , a district in the state of Chhattisgarh, is the Dandakaranya which is the legendary forest Lord Rama passed through during his exile. Dandakaranya region spans through 92 thousand square kilometres of undulating plateau from Abujhmar Hills in the west and the Eastern Ghats in the east, spread in Chhatisgarh, Orissa, and Andhra Pradesh states. In the epic Ramayana,Lord Rama and his companions Sita and Lakshmana spent 13 years of their total exile period of 14 years in this region.

The forest, which was the scene of many of Rama's adventures, is described in Ramayana as "A wilderness over which separate hermitages are scattered, while wild beasts and Rakshasas everywhere abound." Located at a distance of 264 km from Raipur, Bastar is one of the most significant eco-friendly destinations of the country. Let's take a tour through this Dandakaranya, which is one of the important places connected to Ramayana.

Bastar is a tribal region in Chhattisgarh, blessed with an exceptional scenic beauty that beckons the lovers of nature to explore the forests, waterfalls, wildlife, ancient temples, tribal dances and music. It has a wide variety of tourist attractions which ranges from National Parks, waterfalls and natural caves to palaces, museums and places of religious significance. It has plenty to offer to its visitors with its valuable tribal art and culture that lie in and around the lush green city of Jagdalpur.

Built by the rulers of Bastar ,the Bastar palace located in Jagdalpur is a historical monument which has an impressive art and architectural work with exquisite carvings and engravings on walls and ceilings.

The mystique falls of Chitrakote and Tirathgarh

The natural landscape of Bastar is fringed with many mystique and beautiful waterfalls surrounded in lush greenery. Most famous of them are the mystique falls of Chitrakote and Tirathgarh. The horse-shoe shaped Chitrakoot falls is the widest waterfalls in India. The Tirathgarh falls located in the Kanger Forest is a wonderful site which also has an old Shiv-Parvati temple at the spot. Other waterfalls include Kanger Dhara, Mandawa Waterfall, Chitradhara, and Tamada Ghumar.

The Caves of Kutumsar and Kailash

Bastar has natural caves in galore. The second longest natural cave in the world, Kutumsar caves is located in the Kanger Forest near Jagdalpur. There is another cave named Kailash near to it. Both caves are famous for the natural carvings of Lord Shiva and Shiv Linga in them. Other impressive caves in the Bastar region are the Dandak Cave, Kanger Cave, Karpan Cave, and Devgiri Cave, among others.

Bastar also has many other tourist attractions like the huge Bhainsa Darha Lake, which inhabits crocodiles and tortoises, Dalpat Sagar, the largest artificial lake of Chhattisgarh, an Anthropological Museum, the flora-fauna rich Kanger Valley National Park, and the striking Bairamgarh Wildlife Sanctuary, among others.

Bastar is a place with abundant natural beauty and tranquil ambience. Go to Bastar to have a refreshing and reviving journey which would also have a spiritual touch, if you opt to, as it is one among the important places connected to Ramayana. So what is your excuse for not visiting the 'Kashmir of Chhattisgarh'!!?

How to reach : Raipur is the nearest airport and Raipur Railway station is the convenient rail head. Bastar is also well connected by roads.

Find the other places visited by Lord Rama and places connected to Ramayana here.