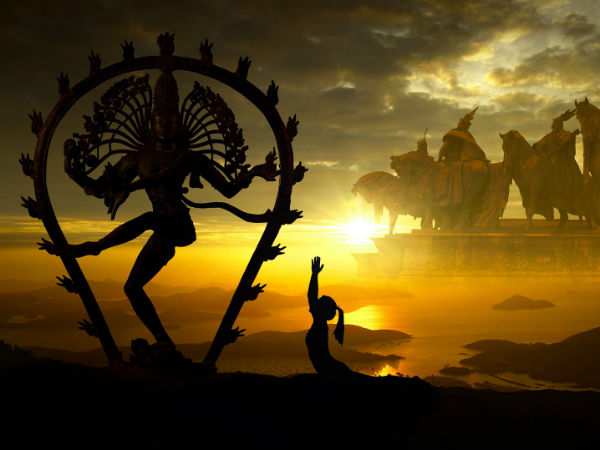 Located in the state of Tamil Nadu, Pancha Sabhai are believed to be the temples where Lord Shiva once performed Bharatanatyam. Therefore, all these temples are dedicated to Lord Shiva and are considered as some of the highly revered pilgrimage sites amongst Hindus, especially Shaivites. As per Puranic literature, these temples date back to thousands of years ago when the world was ruled by heavenly powers. Today, these age-old temples have become one of the most frequented religious sites in Tamil Nadu and are said to have been visited by millions of Hindu devotees and other tourists every year.

How about getting yourself to these Pancha Sabhai temples in Tamil Nadu this season and exploring their historical as well as religious significance? These temples are also known for their commendable architecture. So, when you are getting such an amazing deal of getting in touch with ancient marvels, why not plan a trip to Tamil Nadu? Read on to know in detail about these must-visit Shiva temples.

Located at Thiruvalangadu in the Tiruvallur district, Sri Vadaranyeswarar Temple is one of the most visited and sacred temples in the state. Even though the current building of the temple dates back to the 12th century during the reign of the Chola dynasty, the temple site is believed to have been in existence for thousands of years.

As per Hindu mythology, it is said that when Goddess Kali, after consuming the blood of demons, become ferocious, thereby, resulting in the destruction of nearby settlements, Lord Shiva appeared and tried to calm her down. But she refused and in lieu challenged him to defeat her in dance.

Therefore, this temple is counted as one of the Pancha Sabhai where Lord Shiva performed Bharatanatyam. The temple is located amid green fields and hence, the surroundings of the temple remain calm and peaceful throughout the year.

The most popular of them all, Meenakshi Amman Temple is located on the banks of Vaigai river and is frequented by millions of Hindu pilgrims every year. Be it regarding architecture, history or religious significance, this divine temple in Madurai remains as one of the most explored religious sites in the city.

Even though the temple is said to have been established during the 2nd century, its current building is believed to have been constructed after the 12th century. Over a period of time, it has witnessed destruction and renovation several times.

Today, the temple has become an identity of Madurai and is visited by tourists from all over the world. With relaxing pools, beautiful gopurams gorgeous sculptures and convincing halls, this Pancha Sabhai temple is a must-visit destination for every traveller.

Another historic site where Lord Shiva performed cosmic dance, Nataraja Temple is located in the temple town of Chidambaram and is also one of the oldest temple complexes in South India. The history of the temple dates back to the 10th century when this temple town served as the capital of the Chola dynasty.

Since then, the temple has been witnessing Hindu pilgrims and tourists in millions every year. However, in the late 13th century, it was invaded and plundered by several foreign invaders and rulers of the Delhi Sultanate.

With a golden roof, large courtyards, sky-touching towers, a soothing pond and commendable artwork on the walls, this age-old temple has become one of the most recognised Shiva temples in India. Wouldn't you want to savour such an amazing marvel?

Located in the beautiful town of Courtallam amidst the lush green expanse of the Western Ghats, Kutralanathar Temple is surrounded by beautiful streams, soothing waterfalls, rich forests and towering hills. Therefore, it has become a perfect weekend destination to experience the beauty of nature, history and spirituality.

The temple is built as a conch-shaped structure and boasts of its incredible architecture, which comprises beautiful murals, charming artwork on the walls and pillars and a beautifully designed entrance tower. The major reason why one must plan a tour of this Shiva temple lies in its peaceful aura and lovely surroundings which are certainly capable of rejuvenating your weekends.

Located at Tirunelveli, Nellaiappar Temple was built in the late 7th century by the local kings, however, the entrance towers were erected by the Pandya dynasty. The sanctum of the temple is dedicated to both Lord Shiva and his consort, Goddess Parvati.

Therefore, it is considered as one of the significant temples amongst Shaivites. With intricate designs on walls and pillars and a small water tank maintaining the relaxing aura, this centuries-old temple should be every traveller's destination in Tamil Nadu.