Pakyong: The Hamlet for Nature Lovers 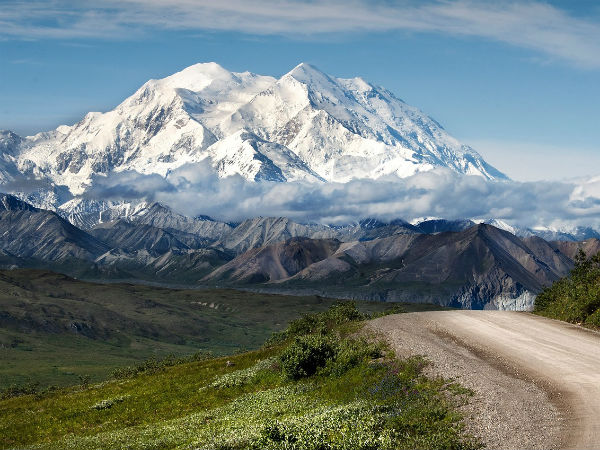 On the foothills of the Eastern Himalayas, at an elevation of about 3670 ft, lies the quintessential town of Pakyong. It is in the eastern district of Sikkim and has gained popularity after the emergence of the Greenfield Airport. This is the first airport of Sikkim which was built by Punj Lloyd. What is the origin of the word Pakyong? It is derived from the Lepcha word "pa yong" which means "bamboo of the bow." Earlier the Lepcha people were habituated to dictate places after distinct items present in that particular place.

Just 30 km away from the hustle and bustle of Gangtok, this quaint town lures visitors with its calming weather and stunning beauty. The town is bordered by Bhutan and Tibet as well as numerous suburbs like Namcheypong, Raigoan, Pachey, Samsing, Dikling, Pachak, Pacheykhani, Dugalakha, Karthok and many others. It might interest you to know that the "National Research Centre for Orchids" is also present here which is engaged in the rigorous study and experiments on orchids.

Every season has its perks but if you want to make the best of your trip to Pakyong, the winter season is considered to be the most preferable (mid-November to January). But do you know why? Because it allows its viewers to enjoy a scintillating view of the lofty valley and snow-covered mountains embracing Pakyong. The showery drizzle months are to be avoided because a heavy rainfall leads to threatening landslides.

How To Reach Pakyong:

By Air: The nearest airport is in Bagdogra, West Bengal. From Sikkim, it is located at a distance of about 124 km. A cab or taxi can be availed from there to Pakyong which takes just 2 h. From Bagdogra, you can hire a "TSA helicopter" as well.

By Rail: Again the nearest railway station to Gangtok would be New Jalpaiguri in Siliguri, about 148 km away. From New Jalpaiguri, either hire a taxi to Pakyong or go via the "Siliguri Bus Station, catch a bus to Pakyong which shall take 5 to 6 h.

By Road: If we take nearby places like Kalimpong, Kolkata, Darjeeling and Siliguri into consideration, travellers prefer a nice drive to Pakyong. The roads are in good condition, except for a few places here and there.

There are a lot of scenic places to drop by in Pakyong but some places of special attraction include Rumtek Monastery, Saramsa Garden, Jawaharlal Nehru Botanical Garden and the Sikkim Science Centre.

This is a well-recognized monastery which is known globally, especially by the Tibetan Buddhists and is in close proximity to Gangtok, the capital of Sikkim. It is about 24 km away. It comprises a splendid shrine and a monastery for the monks. Its initial name was 'Dharma Chakra Centre.'

Constructed by the 16th Karmapa, the monastery made its place in the Buddhist pilgrimage map, right after the Chinese habitat in Tibet, followed by a few Tibetan religious gurus who also shifted to Sikkim.

This recreational garden is the best place to spend leisurely time with your loved ones, at a distance of about 14 km from the town of Gangtok and the nearby Ranipool. Established in 1922, this garden is highly favoured by romantic couples to spend some time together.

The Sikkim Forest Department used it to grow fruits for the Namgyal Royal Family and the British political officers of those times. Numerous fruit trees like pineapple, lychee, guava, banana and orange were grown with pleasure by the forest manager, Rai Saheb Bahadur Pradhan. During 1940, the Cephaelis Ipecacuanha, which is a medicinal plant, was brought into focus.

It was of great importance as it was transferred all the way from Malaysia for the production of 'Emetine' which is an alkaloid used in medical research. Thus, the Saramsa Garden is also known as 'Ipeca Garden'.

The State Government of Sikkim organized the first International Flori Show in the Saramsa Garden, in the year 2008. A convention centre was also built for the purpose of holding private meetings and functions. The garden has been segregated into several sections known as blocks.

On entering via the main gate, to the extreme right is the nursery and then shall come the convention centre. In front of that, you can catch a glimpse of a mini footbridge over a mini pool as well as a garden full of plants with exciting shapes.

This public garden is in close proximity to Rumtek Monastery and about 21 km from Gangtok SNT Bus Station. Established in 1987, the carpet of greenery was well-maintained by the Parks and Garden Units of the Forest Department of the Government of Sikkim. Rare species of flora and fauna plus oak forests adorn the place.

Your eyes shall twinkle at the sight of the soothing lake. 50 different arrays of trees are enclosed within the garden and even a greenhouse is present inside. Kids shall adore the place on viewing the quaint little swings, see-saws and the merry-go-round. The alluring town of Gangtok, as well as the snow-covered Himalayan mountains, present a spectacular view.

Colourful flowers paint the garden picture perfect in the months of March to late May and also from October to mid-December. This is the time to absorb the brilliance of the snow-covered mountains and bordering valleys. You can enjoy the serene weather anytime between 8 am and 6:30 pm and the price shall be INR 5 for kids and INR 10 for adults.

This centre has been set up under the Sikkim State Council of Science and Technology in coordination with the National Council of Science Museums, Government of India. What is unique about the park? It comprises the Unique Humankind Gallery, Children's Corner, The Fun Science Gallery, Taramandal Planetarium, Science Park and Student's Activities Corner.

The Humankind Gallery depicts why human beings stand out from the other life forms on earth whereas the science gallery includes interactive and fun-filled sessions to imbibe scientific facts. The Children's Activity Corner is for giving wings to the toddler's imaginations whereas the planetarium with the inflatable dome throws light on the topic of positional astronomy.

Do you want to know what lies beyond the four walls of the Science Centre? A park for children to play and learn where science exhibits are kept for their entertainment in the lush green surroundings.