Nativeplanet
»
Travel guide
»Overtourism – Why It Matters, The Destinations Affected And How To Combat It

Overtourism – Why It Matters, The Destinations Affected And How To Combat It 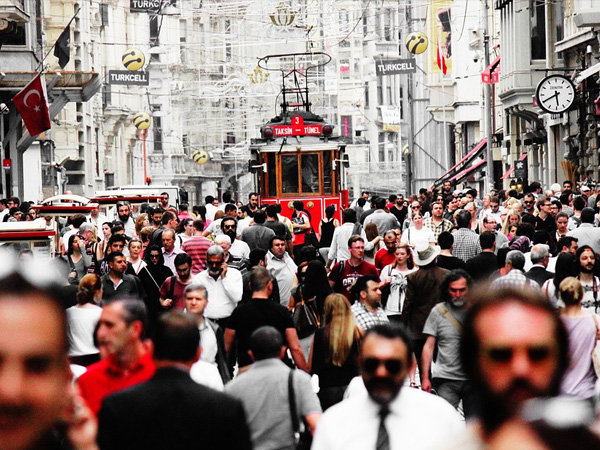 Tourism is an important economic sector that brings numerous benefits and advantages to a host city, state or country. And tourists play a crucial role in creating revenue, taxes and jobs in tourism & hospitality sector. With so many perks involved, one might even think if there is any downside to tourism! Nevertheless, a new global problem is making the rounds in the media (besides climate change), that is linked to negative impacts on the world. Yes! It is overtourism.

Overtourism occurs when there are more tourists and travellers than the facilities and authorities to handle tourism in the host destination. Overtourism happens when the negative aspects outweigh the benefits. Besides climate change, overtourism is another dire problem that is defining the today and tomorrow of the global tourism ecosystem! Given the economic importance of tourism, it is unlikely to change in days to come. However, the future of travel is in our hands, and only we can mitigate, reduce and eradicate such global problems.

Destinations That Have Been Impacted By Overtourism

With bursting population and economic growth, millions of people, if not billions, are flocking in and out of many holiday and popular destinations and consequently causing severe problems around the world. Here are a few popular places that have taken a toll because of overtourism - Barcelona (Spain), Venice (Italy), Kyoto (Japan), New York City (USA), Uluru (Australia), Phi-Phi Leh Island (Thailand), Paris (France), Berlin (Germany), Dubrovnik (Croatia) and Copenhagen (Denmark).

Here's are a few stats that might give you a clear picture of overtourism.

Steps Taken By The Host Destinations To Avoid Overtourism

1. Phi-Phi Island (Thailand) - One of the top holiday destinations in the world is now shut for tourists and travellers and will remain closed till 2021. Overtourism has bruised the island, and the closure has been made public by the Thailand authorities.

2. Rome (Italy) - Many tourists violated the rules that were put forward by the authorities. So, the public buses are not allowed to take tourists to the historic area, and this rule was implemented in January 2019. Many locales complained to the chaos and disorder the tourists brought about in Rome. After taking residents complaints into consideration, the authorities have made it illegal for tourists to visit a few places in Rome.

3. Venice (Italy) - Venice is another holiday destination that has banned tourists. However, Venice has banned a few large cruises visiting the city till 2021. According to a tourism report, Venice receives 30 million tourists every year. The chaos and the pollution caused by the tourists was too much to handle for the authorities.

4. The Netherlands - Are coming up with new rules and regulations for tourists and travellers to visit its isolated, untouched scenic villages.

5. Croatia - To reduce the number of daily arrivals, Croatia has limited to two cruises per day. Earlier, more than six cruises used to dock at the Croatian shore.

Prime Conditions That Have Led To Overtourism

Technology has made it easy for tourists to book flights, stay and itinerary. And with many online travel portals competing to outclass each other, the prices have become a lot cheaper and affordable.

2. Tourism sector of the host country

A country's tourism success rate directly depends on the number of arrivals every year. That pretty much sums up everything.

As much as, it is encouraging people to visit popular destinations, social media is also responsible for over endorsing a particular destination! And heavy marketing and endorsing can result in overtourism. Iceland is an excellent example of a case study if you are interested in investigating it further.

Visiting destinations like Paris, New York City or Amsterdam is on everyone's travel bucket list. However, it is crucial to understand how visiting these popular tourist destinations during holidays is causing serious problem to yourself and the locales. Pick an offbeat destination, and if you wish to visit your favourite destination, then visit them during the off-season!

Well, there is nothing wrong in visiting New York City or Paris during new years or Christmas. Nevertheless, you can also visit them, any time of the year, and these popular destinations would welcome you the same way as it would, during the holiday season. Try off-season and help turn the tide on overtourism.

Understand and follow basic etiquettes and behave well to ensure locales don't get disturbed by your behaviour or attitude. It is crucial to abide by rules when you are in some other city or destination.

4. Travel for yourself, not for validation from others

It is easy to be influenced by peers or be inspired to visit somewhere because you see it on Instagram. It is fine to travel to the places where your friends have been to. However, ensure it is a place that interests you and is worthwhile. According to a report, it is said that 18% of travellers in 2017, travelled to a popular destination to impress others.

Comments
Read more about: tourism tips destinations
Other articles published on Nov 19, 2019
We use cookies to ensure that we give you the best experience on our website. This includes cookies from third party social media websites and ad networks. Such third party cookies may track your use on Nativeplanet sites for better rendering. Our partners use cookies to ensure we show you advertising that is relevant to you. If you continue without changing your settings, we'll assume that you are happy to receive all cookies on Nativeplanet website. However, you can change your cookie settings at any time. Learn more
Change Settings Continue