Nativeplanet
»
Travel guide
»On A Buddhist Tantric Trial To Sirpur

On A Buddhist Tantric Trial To Sirpur 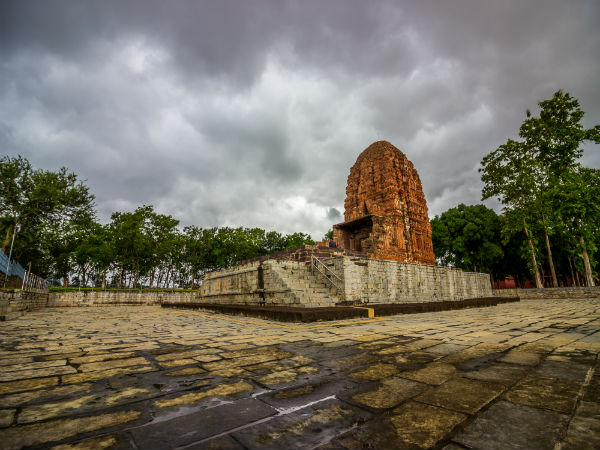 Sirpur has been known to people for the past 60 odd years as a treasure trove of archaeology. A series of excavations were conducted in the 1950s and 60s which brought out Buddhist viharas and Shiva temples which were hidden in the depths of the ground and lost to the light of the better known sites of Madhya Pradesh.

For about 200 years, beginning from the last decade of the 6th century to the mid 18th century, this place was the capital of the Dakshina Kosala Kingdom. Under the successive rule of the tribal kingdoms of the Sarabhapuriyas and the Somavamsis, Sirpur was a well-known city at the heart of the country. The city was dominated by trading routes all the way from the plains of the Ganges to the east coast and extended to the Vindhya mountain ranges.

At present the place is home to some of the most fascinating archaeological sites in the country. As one gazes up from the entrance of the temple of Gandheshwar, they notice that Mahanadi truly stands by its name. The river is indeed wide, it is so wide that the other bank resembles a thin line from a distance.

The Shrine Of Gandheshwar And The Buddha Statue

The shrine of Gandheshwar was built sometime in the early half of the 8th century CE. The antique value of this place is hidden behind the whitewash of its surfaces, that have comical depictions of Shiva on them. Once inside the courtyard, the tenor changes the quality of the aesthetic value, which is significantly increased.

One can find a giant black statue of Buddha placed under a Peepal tree, along with other idols of Mahishasuramardini, Vishnu, Shiva and Parvathi, which are all said to be over a thousand odd years old. Inside the sanctum sanctorum stands a pillar which is carved with inscriptions, these inscriptions are believed to be about 1300 years old. One can find a sculpture of Akshobhya Buddha, the tantric Buddha of the east, in a sitting posture facing the Shiva lingam at the shrine.

The comparison of Shiva and the Akshobhya Buddha speaks volumes about the rise and maturation of probably the most important cultural conflict which hit India, which is of the tantric practices. It's fairly well known that the tantric schools of Bauddha Vajrayana and Saiva Mantramarga arose at about the same time and grew one behind the other, deeply influencing each other.

At Sirpur, one can see the remains of great Buddhist monasteries sitting close together with Shiva temples, both the institutions profoundly tantric in nature. Rows upon rows of brick pedestals and remains of walls stretch into the distance, bookended by two Buddhist viharas.

At one of the monasteries, the main shrine, used to function as a metallurgic workshop. One can find metal statues of various Buddhas here, starting from Avalokiteshwara, the female Buddha Manjushri and many more. The statues turn out to be examples of the intricate craftsmanship which are compared to the statues found at the other such sites in Odisha and Bihar.

Behind a humongous banyan tree is another temple which defiantly was a place of tantric worship. On the sides of the temple complex, one can find the ruins of the what used to be the shelters of the monks. The entire complex in total has five shrines of which three have roof carvings of various Buddhist deities of tantric origin like Tara and Avalokiteshvara.

The Ruler Who Gave His Name

The best known ruler of Dakshina Kosala, Tivradeva, gave his name to one of the largest monastery complexes in town. The carved doorway of Tivradeva vihara is defiantly an artistic masterpiece, flanked by two giant goddesses over five feet tall.

The entrance of the monastery is carved out of large panels. As one walks across a large courtyard, which is rectangular, one can find carved plaques and this area is recognised as the main sanctum. Here one can find a life size statue of the Buddha who appears as a King and is guarded by two of his disciples.

This monastery is said to be built sometime around early 8th century and as the centre of tantric Buddhism. In early 1950s, three other vihara namely Anandaprabhu, Padmapani, Swastik were excavated from there which also brought out many important statues along with several inscriptions. Some of the inscriptions found here through light upon the practice of tantric practices.