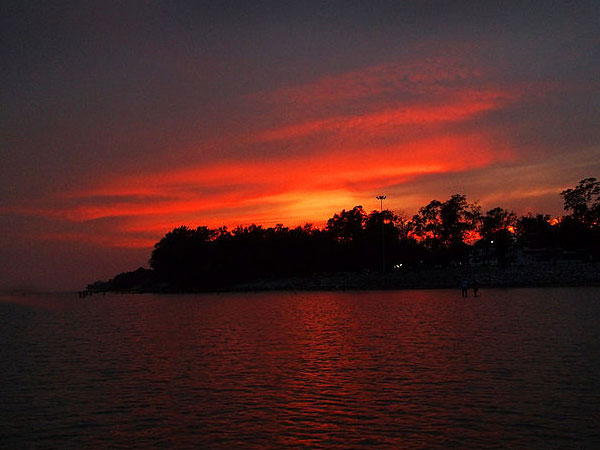 Odisha might not be one of the most fast-paced states in India. However, it is one of the most cultured, open-minded, and friendly states in India. If you like taking an in-depth look into the rich culture and history of India, then Odisha is the place to explore! Moreover, it has a considerable number of reasons to be there, and you can find bounties in Odisha's every nooks and cranny. So, have a look at these ten best winter destinations in Odisha and pick the destinations that can make it into your travel list.

Spread across a massive 1555 hectares, Nalabana Bird Sanctuary serves as a homeland to a vast ecosystem. Nestled in one of the islands of the second largest lagoon in the world, Chilika, this bird Sanctuary is a massive forest abode to countless wildlife refuges. The fusion of sweet river water and salty seawater provides the perfect home for diverse aquatic life and birds.

Chandipur Beach is nothing like any other beach you find in India; it has a trick up its sleeve. It is known to showcase one of the best vanishing moves you will ever come across. The water by the sea gradually recedes during low tide and then slowly comes back during high tide. So, what is expected to be a seashore transforms itself into a wetland, playing tricks with peoples minds. Also, Chandipur is renowned for its seafood - especially the prawns and pomfrets and other shellfish cooked in Odiya-style. Treat yourself!

Flowing across Puri, Khurda and Ganjam districts of Odisha, Chilika lake covers a mammoth 1100 Km in area. It is the largest lagoon in India and the second largest in the world. This brackish water lagoon is popular for the sightings of Dolphins, other aquatic animals and a wide range of eco-tourism. A comprehensive ecosystem for the fishery, it is a notable wintering ground for migratory birds and also home to many endangered species.