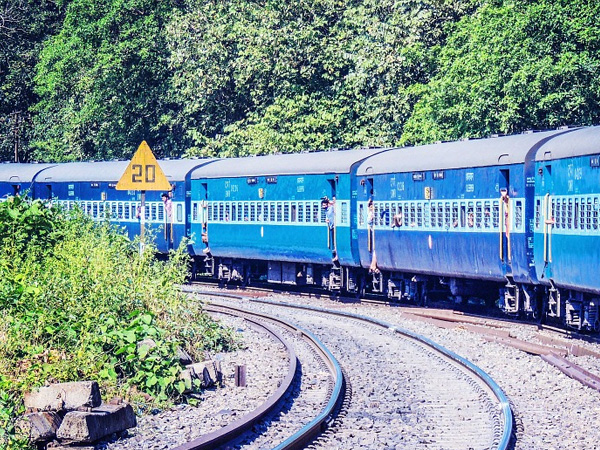 Be it travelling on a budget or just for the experience, railroads are the best bet. Amongst the most extensive railway network in the world, Indian Railways is unquestionably the most suitable combination of agility, efficiency, convenience, and pocket-friendly mode of travel. Covering the hills, plains, and even some parts of the deserts, a train journey is not just a means of transportation; rather a vehicle that offers a visual retreat. Moreover, you can find most of the scenic attractions when travelling from one part of the region to another by rail route. Consequently, the journey offers more than the destination itself.

After much research, we have mapped a 5-day round trip from Delhi, covering Kalka, Shimla, and Agra along the way and back to Delhi.

Let's commence the journey from the capital of India, Delhi. Considering it is one of the major centres in India, be prepared to be swarmed by a large proportion of the 23 million people; who regularly use Indian Railways to commute. Kalka is located about 258 km away, and it's a four hour trip from Delhi. If you favour comfort over socialising, fancy an executive class. The air-conditioned executive level is comfortable and includes a gratifying spicy breakfast, complete with a few warming cups of Indian Chai.

Once you reach Kalka, entrain the Himalayan Queen or toy train, which unabatingly waits for travellers. It's dwarfed by the mighty Shatabdi express, therefore the name "toy train." With six series of seats in the narrow gauge, coaches are slightly uncomfortable. So, you are advised to bring your own cushion to lessen the hardship.

This is one of the exceptional railroad journeys in the world, and the route was constructed to ferry mem-sahibs of the British Raj up to Shimla from Kalka. Though Shimla is just 87 km away from Kalka, the train ride takes about 3 hours to reach the central station in Shimla. The average speed is approximately 16 km per hour. However, it's much slower along the curves.

The coaches are usually crowded with other tourists. The train ascends the steep rails, flanked by cliffs on both sides. Favour an open window, so you can relish the cool breeze and breath in the scent of the pines as the engine moves uphill. In 32 km, the Himalayan Queen passes four stations. Nevertheless, it makes its first halt at Dharampur, which is located at an elevation of 1500 m. Many get off to buy samosas and chai from the stalls on the platform.

Building this railway route was a remarkable feat of engineering, with 854 bridges, more than 102 tunnels, and around 909 curves. The rail route climbs 1500 m from Kalka to Shimla, over a distance of 80 km, and the train takes about five hours to reach Shimla, crossing a total of 16 stations. UNESCO added this stunning rail route to its World Heritage list in 2008 along with the Nilgiri and Darjeeling railroads. Although the idea for a rail link was first initiated in 1847, the route was only inaugurated in November 1903.

The railroad begins carving through the landscape in a series of tunnels. The most running is almost a kilometre, just before Barog station. Barog Sation is called after the original architect, who decided to save time by boring from both facets of the hill.

Sprawling over the neighbouring hillsides, Shimla, a rustic marvel, is much larger than you can imagine. Much of this expansion is recent, and the original colonial structures soar above the station to Observatory Hill.

Viceroy Lord Dufferin built most of the colonial buildings. And was constructed to fascinate touring dignitaries. After independence, most of the castles and buildings passed over to the Indian government, but a local university now owns it. You can only visit a few of its 130 rooms, including the teak panelled interior Hall, and there's a display of old photographs too.

It's faster to avail of a taxi to reach the nearest railway station and then catch the train to Agra. It is 1000 km south, a long day's adventure.

Once you are in Agra, you are sure to be impressed by the Taj Mahal; its white marble dome and columns stand content as the sun eventually breaks through. The grounds are widespread, making it easy to photograph the white monument from every angle. The other monument to see in Agra is the red sandstone Fort where Shah Jahan, the maker of the Taj, was confined by his son Aurangzeb.

Day 5. Agra to Delhi on the Gatimaan Express

Gatimaan Express is India's premier high-speed train. And it takes a mere 90-minutes to reach Delhi on the Gatimaan Express. Touring across the country can be exhausting but, commuting by rail, with everything sorted for you, unquestionably takes away most of the pressure.