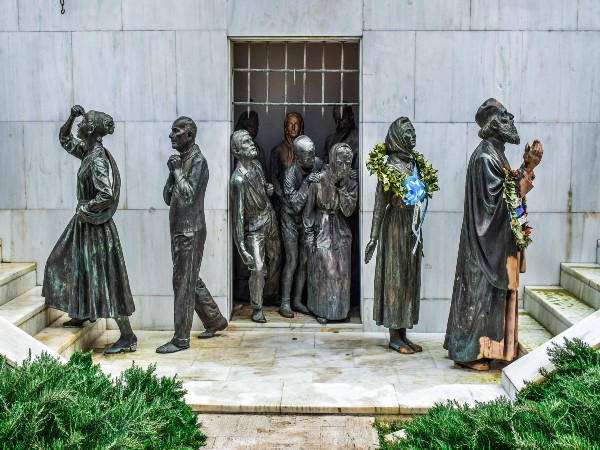 This troubled place remains the world's only divided capital city, serving as the capital of the official Republic of Cyprus and of the unrecognised Turkish Republic of North Cyprus. In 1974 Turkish invasion cut Nicosia - and the country - in half, a painful situation (for the majority Greek Cypriot population) that remains to this day.

The northern (Turkish) and southern (Greek) parts of the city are divided by the 'Green Lane', strictly policed by the United Nations. The shock and disruption caused by the invasion took a long time to overcome but 'official' Nicosia is fast becoming a dynamic and interesting city.

To experience the atmosphere of times past, head for the old city, encircled by thick Venetian walls built in the 16th century. Here, narrow streets run between old sandstone houses with ornate balconies and there are plenty of small shops, taverns and cafes. Explore the medieval buildings, old churches and fascinating museums that bring the long history of this ancient settlement to life.

Find the central Eleftheria Square, then follow the pedestrian-only Ledra Street into the Liveliest part of the old town. Of special interest is Laiki Yitonia, a renovated 18th-century enclave where local craftsmen and artisans display their wares along winding cobbled lanes awash with bougainvillaea. A colourful open-air market takes place in Eleftherios Venizelos Square every Wednesday.

Outside the old walls, a modern metropolis has sprung up, against the backdrop of the Kyrenia Mountains with the distinctive Pentadaktylos (Five-Finger Mountain). This contemporary commercial and cultural centre have become the island's main shopping centre, with some of the best shops concentrated on Archbishop Makarios Street and parallel Stasikratous Street.

The inhabitants of southern Nicosia devoutly hope they are creating a city that will one day become the capital of a reunited island.

Hot in summer, perfect in spring and autumn, cool in winter.

In 1191, Richard the lionheart conquered Cyprus on the way to his first crusade and promptly sold it to the knight's Templars.