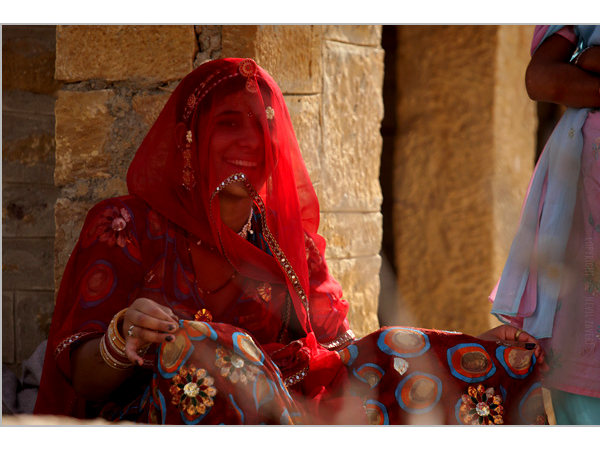 April is the month when spring is at our doorstep and nature breaks out into a song of her own. Crops are in full bloom everywhere and the cold winters are behind us. This magical season is celebrated across India when people get ready to welcome the new year according to their local calenders. They are celebrated just before the heat reaches its peak in most of the parts of India. Different communities and tribes celebrate these festivals in different ways. From Rongali Bihu in Assam to Vishu in Kerala, each of these festivals has its own significance. Let's take a look at the New Year festivals of India.

Baisakhi is a new year festival celebrated in the northern part of India, especially in Punjab by the Sikh community. Baisakhi is also celebrated by Hindus and Buddhist communities as a part of New Year. Panjabis consider Baisakhi as a harvest festival.
Photo Courtesy: Nevil Zaveri

Pohela Boishakh marks the first day of the Bengali calendar and is celebrated by Bengali people in West Bengal. Some minor Bengali communities in Assam, Tripura, Jharkhand and Odisha too celebrate this. In Kolkata, this whole month is considered auspicious for marriages. Fairs organised by the state government also take place during the festival season.
Photo Courtesy: Tahmid Munaz

Vishu is the beginning of a new year in Kerala. It is a Hindu festival celebrated across the state and outside by the Hindu community. The most important ceremony that takes place on that day is 'Vishukkani' which literally means 'the first sight on the day of Vishu'. Vishukkani is an arrangement of many fruits, vegetables, coins and gold amongst other things which symbolise prosperity and wealth. Vishupadakkam (firecrackers), Vishukaineettam (tradition of gifting money to others) and Puthukodi (wearing new clothes) is also observed on the day of Vishu.
Photo Courtesy: Sureshcnair

Puthandu is also known as Tamil New Year. It is celebrated by the Tamils in Tamil Nadu and Pondicherry. The Tamil population in other countries like Malaysia, Singapore and Sri Lanka also celebrate the day. On the even of Puthandu, a tray is decorated with fruits (mango, banana and jackfruit), mirror, jewellery and coins so that the next morning they wake up to this sight that is believed to bring them prosperity throughout the year. They also decorate the entrance of the homes using colours to draw 'kolam'.
Photo Courtesy: itslife.in

Maha Vishuva Sankranti, celebrated in Odisha, is also known as Mesha Sankranti and Pana Sankranti. This is the beginning of the Oriya year which is also the traditional Hindu solar calendar. As a part of observing the day, pana (a sweet drink) and water are hung in a small pot on a basil (tulsi) plant. The special dish made of horse gram flour is consumed along with banana and curd, after offering it to the Tulsi plant.
Photo Courtesy: Kamalakanta777