Nawada - The Little Neighbourhood Of Surprises 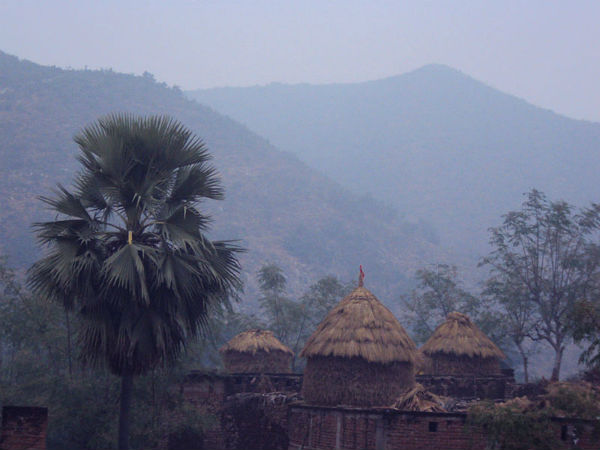 Nawada was the erstwhile part of Gaya district in Bihar. Being ruled by the ancient Maurya, Gupta and Kanha dynasties, Nawada rose to prominence during the Pala times where it became an important centre of religious activity. Bihar is known for the birth of Jainism, and Nawada has played an important role as one of the holiest Jain sites is housed here. This is where Lord Mahavira's disciple is believed to have attained salvation.

Being an important city in Southern Bihar, Nawada has been the centre stage of political uprising which has brought diversity in the communities staying here. It is for this reason that Nawada is the centre of many festivities which are a great show of gala and pomp.

The natural environment of the Kakolat hills and its gorgeous waterfall is a treatise to the eyes and stands preserved till date. The waterfall is a major tourist destination of Nawada.

The summers in Nawada are hot and sultry. The high humidity might sometimes add to the discomfort. Winters are cool and occasionally chilly. The best time to visit Nawada is between September to March and the beauty of the Kakolat waterfalls in best seen during the early monsoons or late summers.

By air: The nearest airports from Nawada are Patna and Gaya. Flights are connected to major cities of India and Nepal from these airports.

By rail: Nawada is well-connected to the nearby rail routes of Lakhisarai and Gaya.

By road: Nawada district is connected via Kadirganj and Roh to the city of Patna, Kolkata and Gaya.

The scenic village of Shekhodewra is at a distance of 55 km from the district headquarters. The peaceful and serene surroundings of the Ashram is a perfect place for history lovers longing to cherish the ideals of the freedom movement. Numerous painting and historical accords are at display in the Ashram.

Reputed to be one the best waterfalls in India, the Kakolat waterfalls make its way down cutting a massive gorge among the hills. The heavily forested areas near the waterfalls give a thrilling feel of being inside the heart of a rainforest. The water falls from a height of 160 m and makes a gushing sound on hitting the rocks below. Local folklore is filled with stories around the waterfalls. Some even suggest that Lord Krishna used to bathe here with his queens.

The Budhauli monastery of Pakribarwan block is a centre of religious and spiritual activity. A large lake is housed in its premises which is said to contain water from all rivers around the world. The monastery was constructed in 1800 AD. There is a Durga Mandap at its centre. If you are looking for a place to meditate or just a refuge from your hectic city life, then is the place is for you. The serene surroundings remain preserved till date and carry the glimpses of natural history and architecture.

Legend says that Lord Buddha once visited the cave for mediation. He is said to have spent one year inside the cave during the heavy rains. The place is an important pilgrimage site and houses tourists round the year.

The famous Surya Narayan Temple is located in the Handiya village. The ancient temple is a massive architectural site which contains the relics of stone made chariot path that was excavated in modern times. The sun temple holds a deep spiritual significance among the locals. The water on the pond near the temple is believed to cure leprosy in an instant and flocks of tourists visit the temple every weekend. The temple is believed to have been there since the Dwapar era.

The temple is dedicated in the honour of Jain Muni Gandha Gautam Swami who was a disciple of Lord Mahavira. It then became the site of the salvation of Gautam Swami. The beautiful temple is housed around lush green trees and houses a reservoir nearby.

Comments
Read more about: bihar
Other articles published on Jun 12, 2019