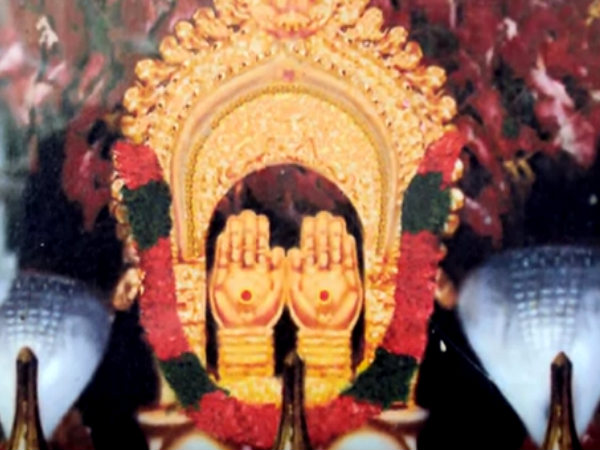 Kollur Mookambika Temple is one among the most famous Hindu temples in India. Similarly, there are several other temples built by Lord Parasuma between the Arabian Sea and Western Ghats and one such temple is the 4 Ambika Temples in South India which are collectively known as 'Naalambika' temples. All these temples are located in South-India and let's take a tour around them during this Navratri festival

Read More on temples to visit during Navratri

Balambika is one of the 4 Ambikas installed by Lord Parasurama. This shrine is installed in Kanyakumari Temple where Goddess Durga is worshipped as Balambika. Though the temple is located in the state of Tamil Nadu, the rituals and offerings performed here are similar to the temples in Kerala. This is because Kanyakumari Temple was maintained by the Travancore royal family of Kerala.

Located at a distance of 8km from Palakkad town in Kerala, Emoor Bhagavathy Temple on the Malampuzha road is one of the temples dedicated to Goddess Durga. The Goddess is worshipped here as Hemambika. It is interesting to know that only the hands of the Goddess in the temple are being worshipped, and it is also called Kaipathi Ambalam which translates to 'Temple of the hand'.

Here's how to reach Malampuzha

Located in Vadakara of Kozhikode district in Kerala, this shrine is worshipped in Lokanarkkavu Temple. Here the goddess is known as Lokambika. This is one of the oldest temples built in Kerala, and is a visual treat to those who are art lovers. The temple has a collection of murals and other art works in it.

The temple is located around 5km away from Vadakara at Memunda.

Kollur Mookambika Temple is located in Udupi district of Karnataka. As it is easily accessible from Tamil Nadu and Kerala, devotees flock in to get the blessings of Goddess Durga, who is worshipped as Mookambika here. The idol of the goddess is a Panchaloha idol (built using 5 metals) and is in the form of Jyotirlinga, which is a blend of Lord Shiva and Goddess Shakti.

During this Navratri season, visit these temples dedicated to various forms of Goddess Durga.

Here are some of the best Durga temples in India which you can visit during Navratri.