National Parks to Visit During Monsoon in India 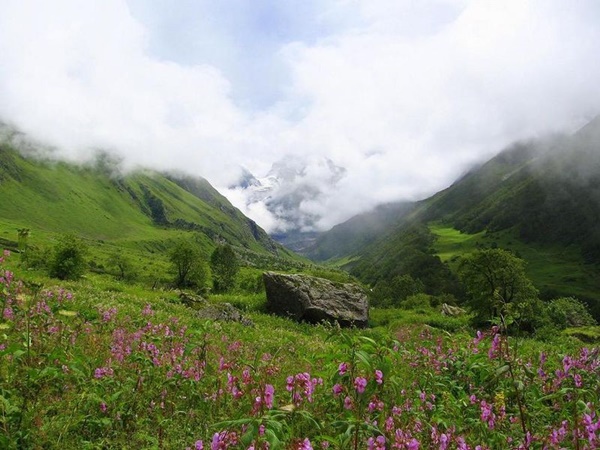 Are you a wildlife enthusiast and dreaming of exploring the rich flora and fauna of the country, if yes, this monsoon is the best time to visit popular parks in India.

The National Parks in India has something unique to offer, be it the tiger or lion sightings, rhino or elephant spotting, or any of the other predators and prey animals!

Though August is not a good time to go to India for India, if you are really keen on exploring the wildlife, there is a lot to explore. Below mentioned parks will let you experience exotic world of magnificent animals and birds.

This park is mainly recognised for Project Tiger which is a project on India's endangered Bengal tiger. So, it is not just a park, but a big and renowned tiger reserve as well which covers an area of 1318.54 sq.km in which 520 sq. km is the main area and remaining part is buffer area. The park is named after Col. Jim Corbett since 1956.

Though the monsoon season is not that appealing time for visitors to come over Jim Corbett National Park, yet we suggest you to visit during this time if you do not prefer visiting this site in crowd. In this season, mostly the crowd gets declined. So, we must say that it is an ideal season to have amazing trekking experience. At that time, the overall weather has an appealing aura as the temperature drops. It is said that in rainy season, the animals enjoy their mating time. So, tourists can get experience of this moment as well.

Though we should not forget to mention that visiting this season accompanies a great risk of landslides and soil erosion. Hence, it can be a little risky also. But the beauty will be at its peak with exotic greenery and amazing vegetation around.

Dachigam National Park is a must visit for the functional safaris during monsoons where you can spot everything from the Kashmiri stag or hangul, to musk deer and the Himalayan grey langur.

The Masrar Lake, in higher Dachigam, is at the mouth of the Dachigam River. The river is regarded as the lifeline of the park, for its winds through Lower Dachigam region from its originating point, thus replenishing the entire lower region. You can also spot other animals like musk deer and the Himalayan grey langur.

Bandipur National Park is regarded as one of the most beautiful and the better-managed national parks of India. The most interesting attraction of the place is the forest as here one can enjoy safari. Night stay in jugle resort in Bandipur. It is also known for its four-horned antelope and mouse deer. You will also find sambhar, chital and panthers and hares here.
During monsoons, herds of Asiatic elephants will add the much needed excitement to your trip.

National Park is very famous among tourists as elephant and tiger reserve. It attracts thousands of tourists every year for safari, rafting and other activities.

Located against a spectacular backdrop, the Periyar National Park remains open all year round.

The Valley of Flowers National Park in Uttarakhand is a trekker's dream come true. This UNESCO World Heritage Site is famous for its 500 species of flowering flora, white cold water streams, and the snow-dusted mountain backdrop.

There are around 300 odd species of alpine flowers and this includes a number of rare ones like the Himalayan poppy. It is believed that one week the flowers are red, in the next they are pink, later yellow and are followed by many more colours. Coming to the members of the animal kingdom, one can spot the Himalayan black bear, red fox, Himalayan weasel and much more.

The valley is open only from June to October, and July-August is said to be the best time to visit this flowery paradise.

The park provides a great opportunity to get up close and personal with wildlife; you can spot wildlife including gaur, chital, nilgai, sloth bear, panther, hyena, sambar, leopard and a good number of tigers.

Ranthambore National Park is one of the biggest and most renowned national park in Northern India. Being considered as one of the famous and former hunting grounds of the Maharajas of Jaipur, today the Ranthambore National Park terrain is major wildlife tourist attraction spot that has pulled the attention of many wildlife photographers and lovers in this destination.

The park is majorly famous for its tigers and is one of the best locations in India to see the majestic predators in its natural habitat. The tigers can be easily spotted even during the day time busy at their ordinary quest- hunting and taking proper care of their young ones.

Ranthambore is also counted as the famous heritage site because of the pictorial ruins that dot the wildlife park. Certainly, a visit to Ranthambore National Park is a treat for every wildlife and nature lover.